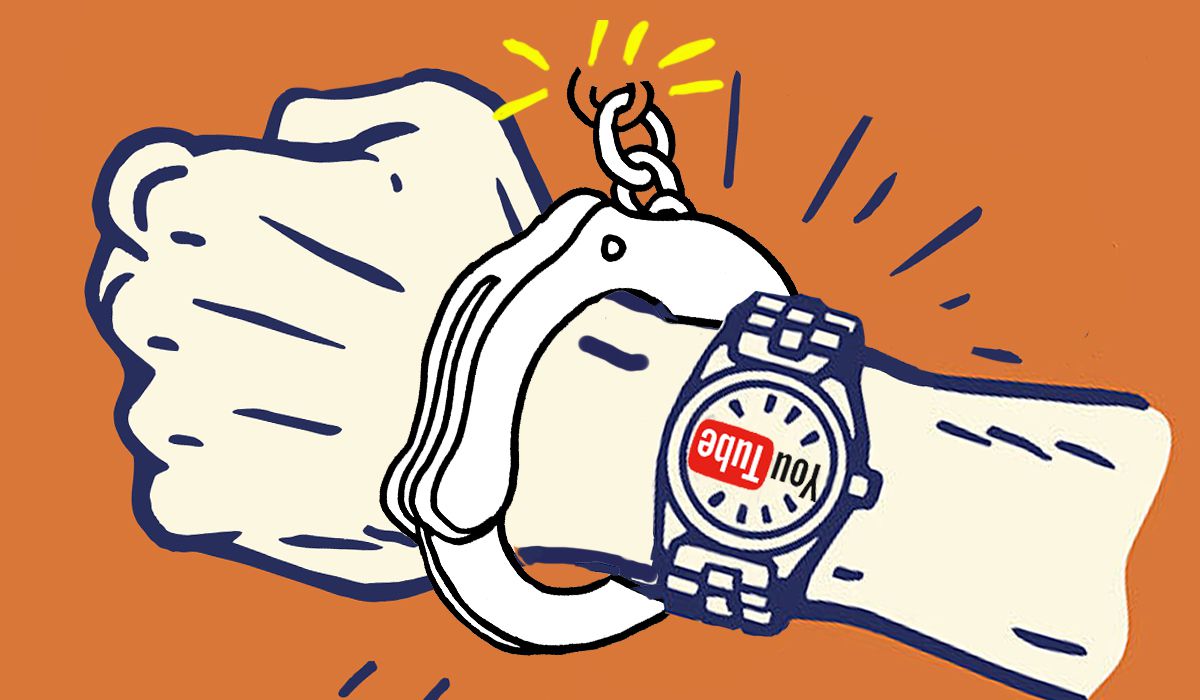 Last May, YouTube regulars witnessed the resurrection of a legend. Dan Howell, the 31-year-old British vlogger (video blogger) and radio host, returned to the platform after an absence of more than three years. The man who once starred in one of the most ambitious and lucrative youtuber tours in history – in 2017, he and his colleague Phil Lester gave 80 performances in 18 countries – left YouTube at the end of 2018, after announcing that he was suffering from depression and could no longer upload content to the “ultra-competitive and extremely toxic” medium.

He returned in atypical fashion. As Julia Esposito explains in 34th Street magazine, “Unpredictably, Howell’s video wasn’t just a short, 10-minute apology for being gone with promises for future content” but rather an “hour-and-a-half audiovisual manifesto” entitled “Why I Quit YouTube.”

Howell’s video cited reasons familiar to anyone who has followed the platform’s evolution closely over the past few years: Youtuber anxiety syndrome, which forces content creators to endure grueling routines to keep uploading videos even when they have nothing new to say; the many cruel and unsympathetic comments; and the (alleged) trivialization of content, which Howell believes is the consequence of the “dictatorship” of an algorithm that is both inflexible and inscrutable. “What’s the point of turning your own life into some kind of embarrassing reality show just for YouTube to fill it with ads?” said Howell in one of the most melodramatic moments of his tour de force video.

Not for the impatient

The Brit’s stark 100-minute confession – in which he stood before a camera summarizing his life, career and troubled relationship with the platform that made him a star – became an instant hit. As of today, the video has been viewed over three million times. Esposito describes it as “a feat, an act of countercultural honesty,” and many of those who watched it live appreciated the maturity, intelligence and sensitivity of his reflections.

The degree of enthusiasm the video has generated reflects how much today’s YouTube has changed from the one Howell left in 2018. Back then, an old guard that emerged around 2010 still reigned supreme. An aristocracy of youtubers had massive audiences; they produced short videos that were just a few minutes long and showcased raunchy, thoughtless and narcissistic humor.

Such was the case of Catherine and Austin McBroom, an unscrupulous married couple whose channel reached nearly 19 million subscribers. Their content served up vulgar transgressions in which they insulted and humiliated each other and pulled pranks with dog feces and menstrual blood; racist, homophobic and misogynist comments on the videos were not unusual. As Stephanie McNeal explains in a BuzzFeed article, the McBrooms have figured out that their joke has gotten out of hand. They are shutting down their vlog “to travel and spend quality time with their children.”

According to McNeal, the couple was one of many “Jurassic relics of the old YouTube,” a place where people came to be shocked and horrified by tasteless spectacles like Logan Paul’s display of a corpse, David Dobrik’s indifference to a sexual assault that took place right under his nose, Jason Cid’s prank phone calls to the police and the fake miscarriage to which the shameless Sam and Nia dedicated several videos.

The difficult transition to a different platform

Part of YouTube’s “star system” from a decade ago remains intact (for example, Dobrik and Paul are still among the content creators with the most followers), but many of them have ended up experiencing the anxiety and premature burnout that Howell discussed. Brothers Jake and Logan Paul have toned down their content and now devote much of their time to boxing. In 2021, YouTube penalized Dobrik and he lost many of his followers; today, he’s treading lightly in an effort to revive his digital empire.

Amid this old guard of provocateurs and traffickers in caustic humor, a new generation of youtubers is emerging, one that doesn’t aspire to accumulating such massive audiences. Instead, they seek to find their own niche; they’re doing so by featuring more videos that are longer and more substantial. Matilda Boseley, the editor of The Guardian, just wrote an exhaustive article about the “creators of insanely long content.”

Now that YouTube competes with TikTok’s somewhat frivolous immediacy, people like Quinton Hoover, of the Quinton Reviews channel, indulge by creating extravagances such as his eight-hour video (!) examining the Nickelodeon series Victorious. The piece offers genuinely substantial analysis that combines humor, erudition and pop sensibility, but it’s still eight hours long, or as Boseley puts it “an audiovisual Goliath.” The Guardian’s editor asks whether anyone watches these videos from start to finish. How has a video essay channel that produces such lengthy content accumulated 750,000 followers?

But, according to NBC News journalist Morgan Sung, video length hardly matters: “It’s all about having a good time in the company of someone you like and whose view of things interests you. If you get tired or bored at some point, you can always stop watching.”

Sung cites the case of Jenny Nicholson, a youtuber with over 900,000 subscribers, who has also been creating long-format pieces lately. On June 22, she uploaded an 80-minute-long commentary on the bizarre plays performed at an evangelical church in Winnipeg, Canada.

As outlandish and arcane as the video’s subject matter may seem, it has already racked up 2 million views. The comments show that subscribers are fascinated by Nicholson and her way of expressing herself, her somewhat caustic sense of humor (“I love it when Satan fries Jesus Christ to death with a bazooka and then he rises from the dump wrapped in delicious pyrotechnics”) and quirky cultural interests.

Nicholson theorizes that long-form videos have become popular again because “there is a segment of the audience that enjoys consuming curious content without giving it their full attention. It’s the equivalent of the passive TV consumption of previous generations, who turned on the set because it kept them company: “You look for something long and interesting, to some extent, and let it play in the background while you do something else. She’s clear about what happens to the fruits of her labor: “Most people who start playing one of my videos will abandon it after a few seconds; after that, I’m on my own with an audience that’s really interested in me, and [those viewers] are likely to stick with me until the end.”

Kevin Perjurer, who specializes in creating long documentaries for his channel Defunctland, believes that multi-hour videos are a good antidote to the burnout youtubers often experience, regardless of the attention his audience pays to them: “I’d rather spend several months on content that particularly moves me and into which I can pour all my knowledge and creativity than be producing three or four short pieces a week.” Perjurer is a firm believer in a neater, more handcrafted and enthusiastic approach to audiovisual content creation: “I want people to see that I give my all in everything I do, that I don’t just string together routine filler videos. If any of my pieces catches their attention, they have everything that I have been creating for the channel in the last five years [available to them].”

Sung also points out that there is another, more banal, reason to talk for hours in front of a camera: “the content is easier to monetize than most short-form video options.” The journalist notes that longer videos permit inserting several ads; moreover, she says that YouTube’s algorithm increasingly prioritizes minutes watched over more traditional metrics, such as the number of views or subscribers.

Stars are few and far between

Whether by design, out of romanticism, or because they have the time and a lot to say, long-form youtubers, such as Hoover, Nicholson and Perjurer, are starting to proliferate on YouTube.

According to data from the technology website Earth Web, YouTube has about 2 billion regular users around the world and a total of 37 million active channels (meaning that they have uploaded at least one video over the last 18 months). The vast majority of these channels have such tiny numbers of subscribers and views that their creators receive no income whatsoever.

The 600 youtubers who have reached 10 million subscribers represent the true elite. Earth Web estimates that only around 24,000 YouTube channels have surpassed one million subscriptions at some point. Online legends like PewDiePie – the Swedish expert on video games, humor and internet culture whose channel has 111 million subscribers and who has reportedly amassed a personal fortune of $54,945,000 (€55 million) – are at the top of the heap.

The creators of very long video essays about music, movies, children’s TV shows and plays put on in Canadian churches have less sexy metrics, but they are in-house professionals, YouTube’s enlightened working class. Their impact goes beyond the obvious numbers. Because of people like them, the platform is offering diverse, original and mature content and leaving the oligopoly of coarse humor, video games and health and beauty tips behind. Perhaps those changes also help to explain why a free spirit like Dan Howell has decided to return to his former playground after such a long absence.