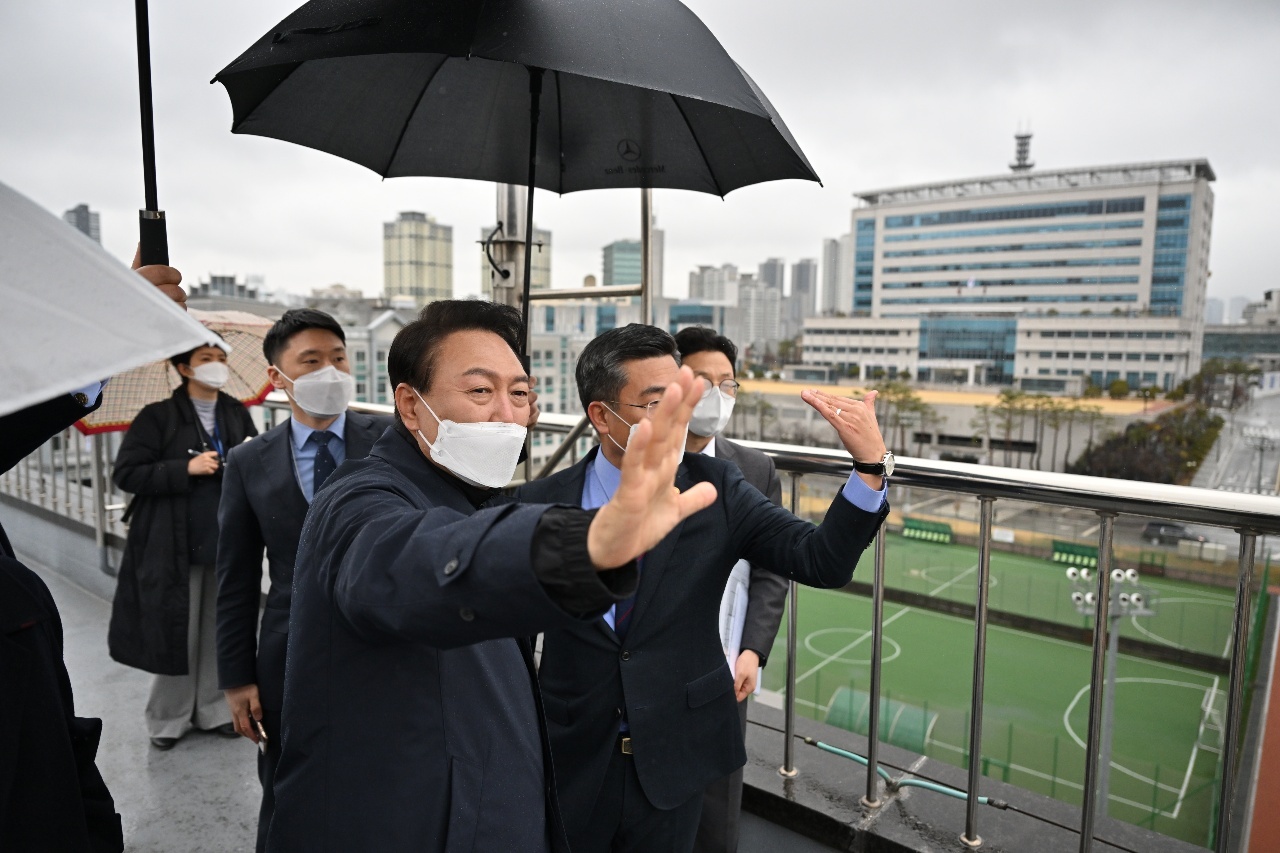 President-elect Yoon Suk-yeol on Saturday visited the foreign ministry building and the defense ministry compound, which are candidate sites for his planned relocation of the presidential office.

He met with ministerial officials there and discussed the advantages and disadvantages of the two places as locations for the next presidential office, according to Yoon’s secretariat.

Yoon is expected to announce his choice as early as Sunday, sources said.

The former prosecutor general was elected president on March 9.

During the campaign, he promised to “return” Cheong Wa Dae to the public in a move intended to demonstrate his commitment to removing the office of the president from its high pedestal.

He pledged to move the presidential office to the main government complex in Gwanghwamun, central Seoul. But his transition team later found the plan infeasible in terms of security.

The team is now weighing an annex building currently used by the foreign ministry and the defense ministry compound in Yongsan.

The team estimates that relocating to the defense ministry compound and to the foreign ministry building will cost 40 billion won (US$33 million) and 80 billion won, respectively.

President Moon Jae-in also pledged to move the presidential office but withdrew the plan over logistical and security issues. (Yonhap)