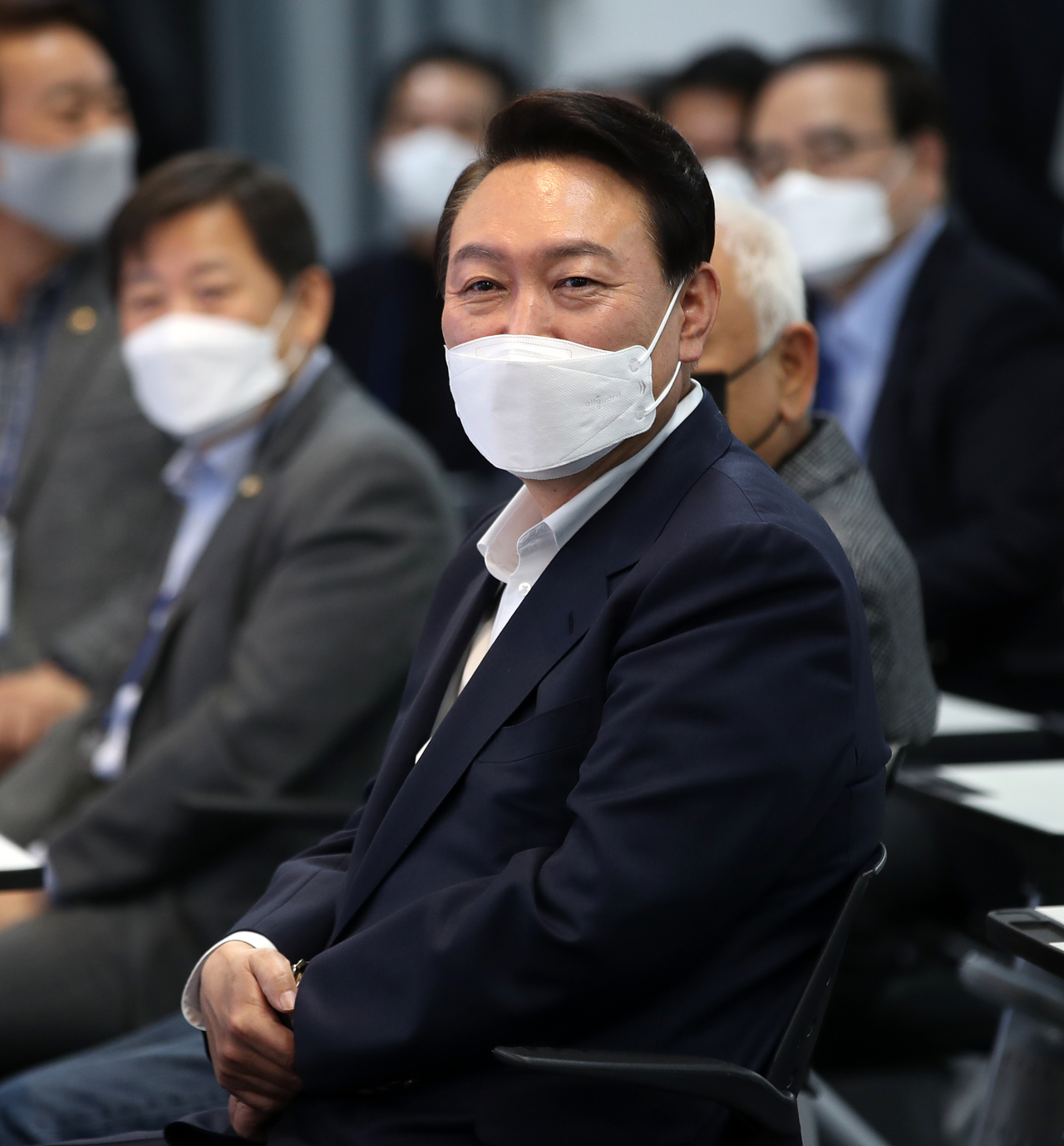 President-elect Yoon Suk-yeol on Saturday cited “pragmatism” and “people’s interests” as key elements his incoming government should keep in mind when deciding on state agendas.

Yoon made the remarks during a workshop of the presidential transition committee in Seoul and also highlighted the importance of economic development.

“We need to set the national tasks of priority as we smoothly take over the work from the incumbent government and launch a new one,” Yoon said at the session. “The most important thing is pragmatism and the interests of our people.”

“Economy is also very important, and the incoming government has the responsibility to further advance and update our industrial structure,” he said.

Yoon also asked the committee to “create a good atmosphere” for government officials to debrief them on current issues “on a more equal footing.”

Yoon’s incoming government has been in discord with the current government of President Moon Jae-in, whose five-year term ends May 9, over issues that primarily involve personnel appointments.

A planned meeting between Moon and Yoon last week was called off at the last minute after the sides reportedly clashed over who would make the nominations and whether to pardon imprisoned former President Lee Myung-bak.

The two sides have also clashed over Yoon’s plan to relocate the presidential office to the defense ministry compound.

Ahn Cheol-soo, chairman of the transition team, stressed the need for the new government to take the “road not taken.”

“If we take the same road as the one taken by the previous government, the result will inevitably be the same,” he said. “We have the responsibility to find a path that no previous governments have taken but that we must take for the sake of our people.” (Yonhap)