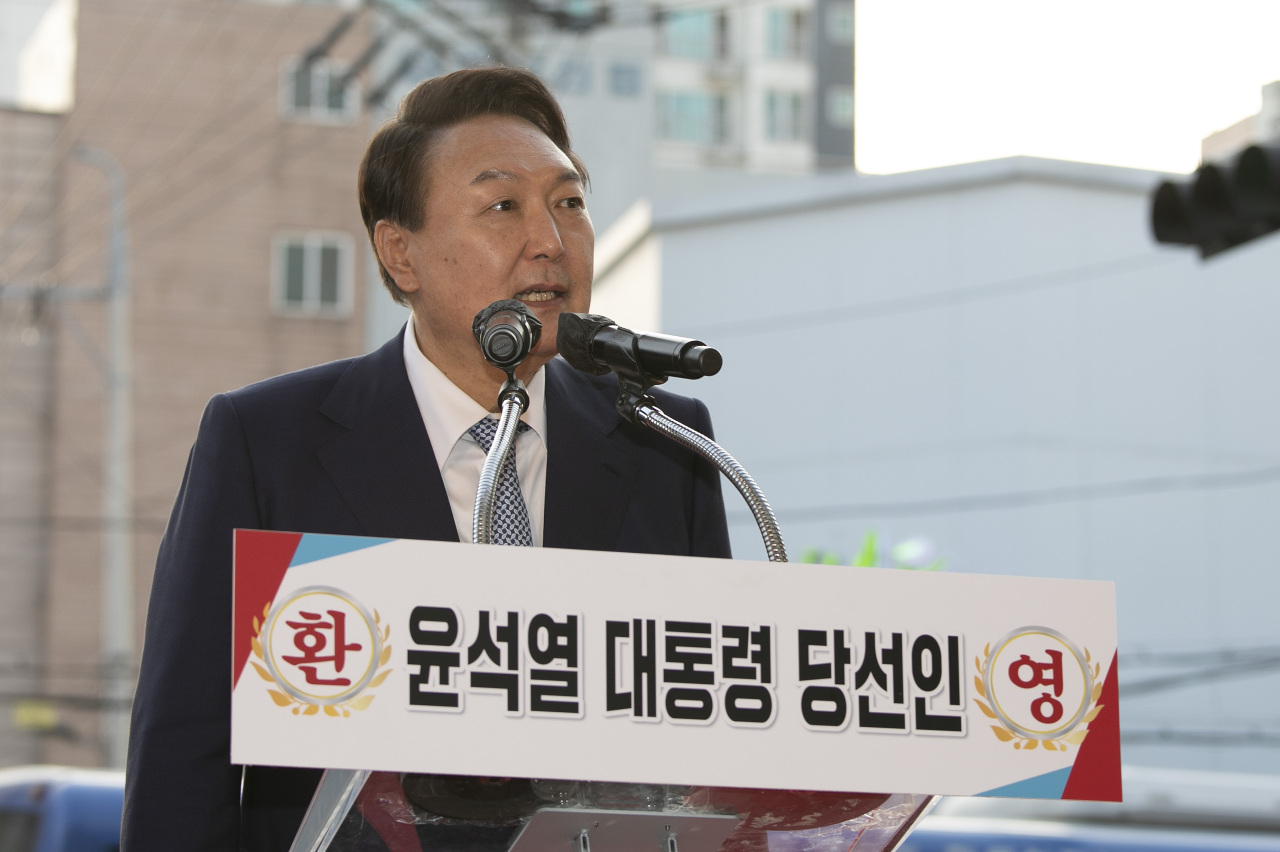 US President Joe Biden could visit South Korea in late May and hold a summit with incoming President Yoon Suk-yeol just weeks after his inauguration, according to local media outlets Tuesday.

Biden is reportedly considering a visit to South Korea shortly after the Quadrilateral Security Dialogue meeting on May 24 in Japan. Quad is a four-nation international cooperative comprising Australia, India, Japan and the US.

If confirmed, Biden is likely to be the first foreign leader to officially meet Yoon after he is inaugurated on May 10.

That means Yoon could be hosting a summit with the US in less than 20 days after starting his five-year presidential term, which would be earlier than any past administrations. The current record holder belongs to the Moon Jae-in administration, which held a summit with former US President Donald Trump 51 days after inauguration.

The discussion comes as Yoon and his diplomatic aides review joining the Quad as its fifth member and on increasing cooperation with existing members on climate change and advanced technologies. The move is widely seen as a portrayal of Yoon’s allegiance to the US.

Rep. Park Jin, who served as the chief delegate of Yoon to the US, told reporters on Monday afternoon after an eight-day visit to the US, “The two sides agreed on the need to hold the summit early.” Park’s office did not deny the reports on Biden’s possible visit on Tuesday.

Yet the itinerary of Biden’s visit could also be pushed back depending on the outcome of the Ukraine-Russia conflict and the outcome of Australia’s prime minister election in May.

Meanwhile, US Special Representative for North Korea Sung Kim will be visiting South Korea next week to coordinate policies and discuss anti-nuclear measures ahead of the launch of the Yoon administration.

Kim is slated to stay in Seoul for four days to hold talks with his South Korean counterpart, Noh Kyu-duk, as well as officials in the outgoing and incoming administrations.