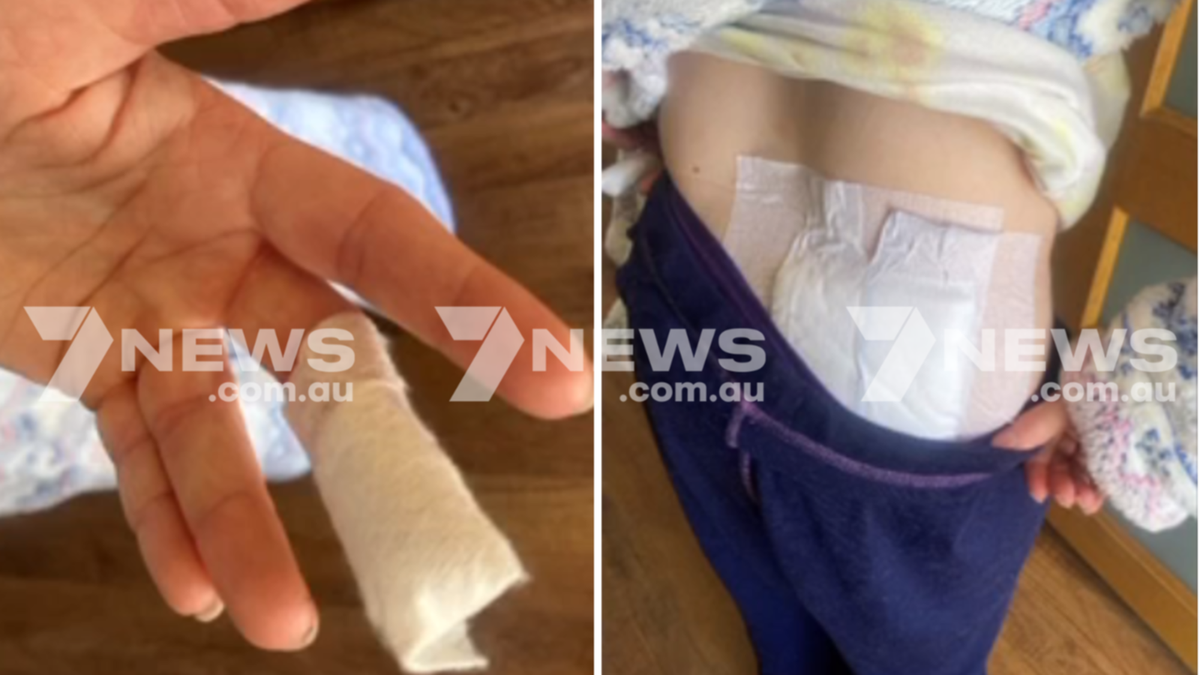 The victim of an allegedly random supermarket stabbing in Perth’s northeast has opened up for the first time about her traumatic ordeal.

Donna Grocott was stacking shelves at Woolworths in Ellenbrook Central on Tuesday afternoon when she was allegedly stabbed by a stranger.

Watch more on this story in the video above

Paramedics rushed the 44-year-old to hospital, with the 40cm filleting knife still lodged in her back.

Grocott needed seven staples after doctors removed the knife in the emergency room. Her finger was also sliced.

But she counts her blessings, speaking exclusively to 7NEWS to say she feels “incredibly lucky” to be alive.

“I’d like to thank the people who helped me at the store and the emergency responders and the hospital staff for taking care of me,” she said. “I feel very fortunate that my injuries were not worse.”

While Grocott is on the mend, she says she is still processing the trauma that has come with the ordeal.

The Woolworths worker has found it difficult to even enter the shopping centre following the attack and does not yet know if she will be able to return to work.

Cassandra Hickling was on Wednesday charged with attempted murder over the incident.

The 35-year-old was arrested hours later at her Bullsbrook home.

It has also since emerged Hickling is a self-proclaimed foot model with an OnlyFans account.

Hickling remains behind bars awaiting her next court appearance at the end of the month.

Midland Police Detective Sergeant Tania Mackenzie on Tuesday said the women were not known to each other and the attack was “completely random”.

“(It is) something I’ve never heard of happening before in my career,” she said.

“It was just someone going about their day-to-day work, stacking shelves in the shopping centre.

“There’s been no one else in the aisle and she’s been approached by the suspect who has (allegedly) stabbed her with a filleting knife.”

She said Hickling allegedly bought the knife from another shop, not Woolworths, on Tuesday morning before visiting the supermarket.

Mackenzie said the victim thought she had been hit by a trolley before realising she had been stabbed and calling out for help. A nearby nurse performed first aid before police arrived.

A Woolworths spokesperson said counselling will be offered to staff following the ordeal.

“We’re providing every support to the team member and their loved ones at this time,” they said.

‘Do not click’: Millions of Aussies warned of new Apple Pay scam