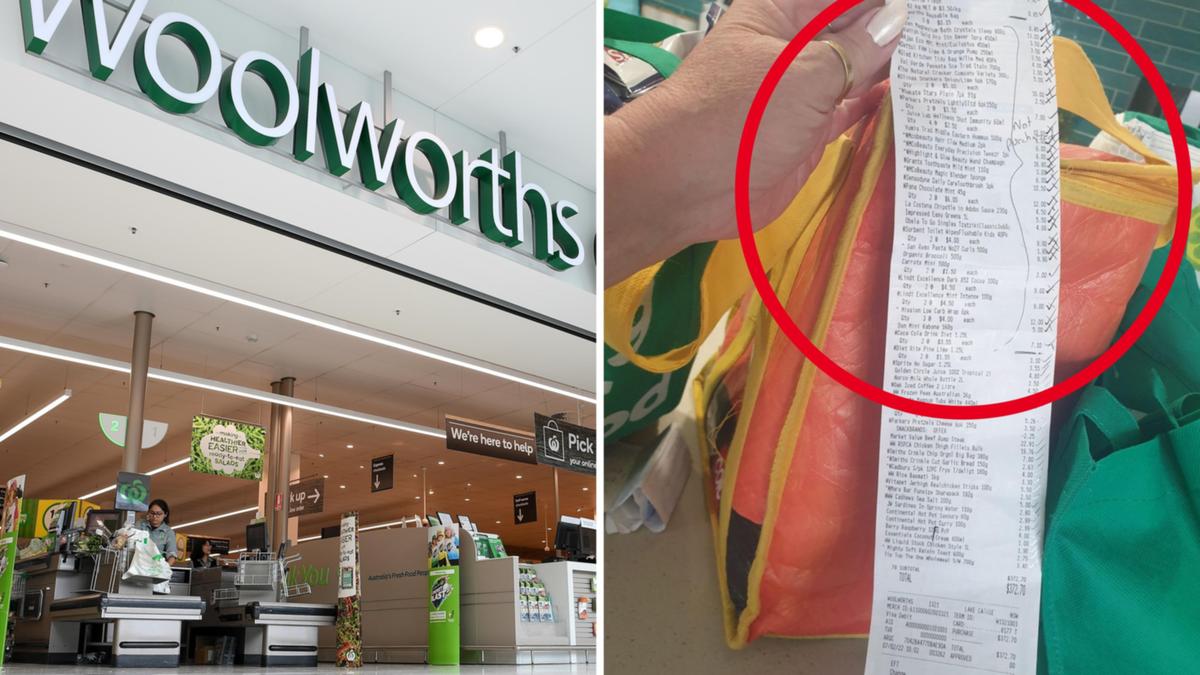 A Woolworths customer has issued a warning after a checkout incident saw her get overcharged by a whopping $197.

Sharing on Facebook, the NSW shopper said she had finished paying for her items at her local Woolies when she realised that her bill was a lot higher than it should’ve been.

Taking a closer look at her receipt, she noticed that nearly $200 worth of items – which weren’t part of her grocery haul – had been incorrectly included on the docket.

For more Food related news and videos check out 7Food >>

The shopper said the extra items “were not scanned and nobody could explain” how she was charged for them.

A Woolworths spokesperson has told 7NEWS.com.au that errors such as this are “incredibly rare” and that they’re “disappointed” to hear of this incident.

The shopper went on to say that the overcharged amount was refunded to her by Woolworths staff when she returned to the checkout.

However as a loyal customer, she said she was disappointed that she didn’t receive an additional gift card to compensate her for the error.

“I went to Woolies this morning to get a few things and there was something definitely wrong with their system as I was overcharged $197 for items I didn’t purchase,” she explained in her Facebook post.

“After going to query it, I had to have it all go through the checkout again.

“After receiving the refund which won’t go back into my account straight away all I got was a sorry.

“Would have been nice to get a gift card or something as I have been a loyal Woolies customer for years with groceries and insurance.”

Several questioned why she paid the inflated bill, given it was almost $200 more than it should’ve been.

“Surely you would notice such a large apparent overcharge and query before paying,” said one.

Another added: “Why should they give you a gift card for your mistake? Should have been paying attention and asked why the total was so high.”

Wrote a third: “Your fault for not questioning at the time. I think most people would automatically question a $200 hike in their total bill before they left the checkout. They apologised and refunded your money. End of transaction.”

Said one more: “How do you not notice a 200 dollar difference from what you were expecting?”

Others questioned the shopper’s motives.

“How on earth did you not realise the amount before you paid?! I smell a bid for compo,” wrote one Facebook user.

Said another: “Sounds like you deliberately allowed the overcharge to happen, in the hope of being ‘compensated’ for the inconvenience, because I don’t know how anyone could not notice such a massive difference to what they roughly expected to pay.

“Whatever has happened, it wouldn’t have been deliberate, you were apologised to and refunded.”

But the customer hit back at the criticism, defending her actions and pointing out that she did notice the discrepancy – which is why she addressed it with checkout staff.

“Well I don’t know about you, but I don’t watch everything scanned but I did notice the total and I do check my dockets which is why I brought it to their attention,” she said.

“Don’t you think the person actually scanning would have noticed the huge amount for a few products, so get stuffed.”

She added: “I was just making people aware that they should check their dockets.”

Speaking to 7NEWS.com.au, a Woolworths spokesperson said the supermarket had apologised to the shopper and provided a full refund.

“We take pride in offering our customers a positive experience in our stores and are disappointed that wasn’t the case on this occasion,” the spokesperson said.

“Occurrences like this are incredibly rare. We’ve apologised to the customer for the error and our team refunded the full amount in-store.”

Mum’s five-day school sandwich hack sparks furious debate – but is it ‘not safe’?