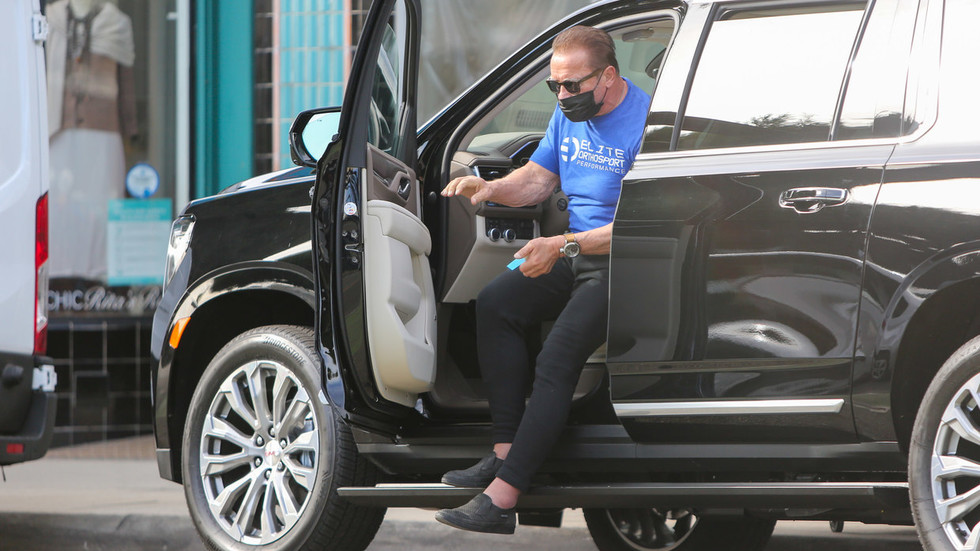 The Hollywood star and former California governor allegedly ran a red light and crashed his GMC Yukon SUV into a red Toyota Prius. The pile-up happened around 4:30pm local time at Sunset Boulevard and Allenford Avenue and reportedly also involved two other vehicles.

The woman who was driving the hybrid received non-life-threatening injuries, but, according to TMZ sources, was “bleeding heavily from her head” as an ambulance rushed her to the hospital.

The actor was pictured at the scene of the crash, seemingly unharmed, while his car could be seen on top of the Prius.

Schwarzenegger, 74, sustained no physical injuries, and his “only concern” was the woman wounded in the accident, a representative for the actor confirmed to Fox News.

The cause of the incident is still under investigation and authorities have yet to confirm who was at fault. No one was arrested or ticketed and police believe no drugs or alcohol were involved, according to CBS Los Angeles.