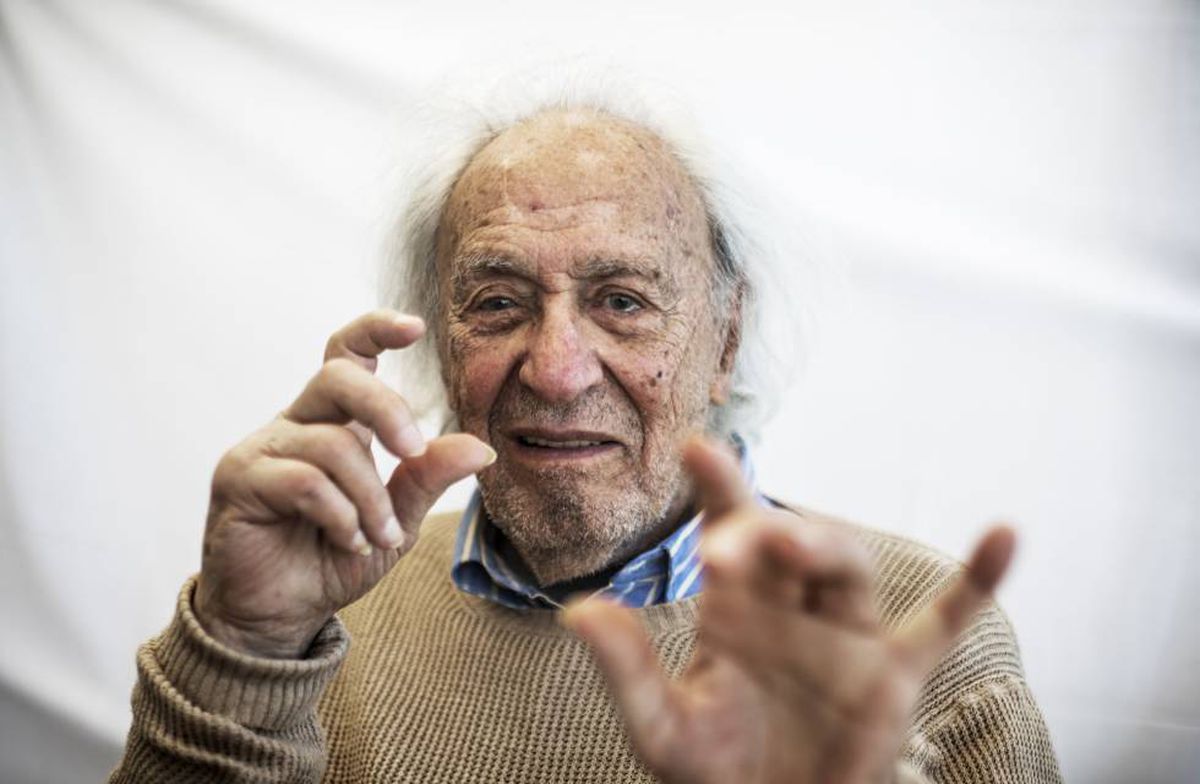 The great American photographer William Klein has died in Paris at the age of 96. The death occurred on September 10 but was not made public until two days later. He passed away “peacefully,” according to his son Pierre Klein.

One of the world’s most celebrated artists, he was credited with revolutionizing photography, achieving iconic status with his groundbreaking book Life is Good and Good for You in New York (1956).

“I had the feeling at that moment that New York City was exploding in front of me and that all these people, this movement, was coming at me. I could see that I could use it to photograph because it conveyed emotions, feelings. For me, everything is about feelings,” he said on his last trip to Madrid, in 2019, for the presentation of a retrospective of his work. “Today people are very used to being photographed in the street. However, when I was doing it, they were surprised that I was there and that I stuck so close to them. Their emotions inspired me. At the same time, I was planning, I had my ideas, I had it all in my head – how I was going to lay it out, to prepare everything; I had a picture of the whole thing.”

The son of Orthodox Jewish immigrants, Klein was born in New York in April 1926 and joined the US army during World War II, getting posted first to Germany, then to France. In 1947, he settled in Paris and enrolled at the Sorbonne University. With cubist painter Fernand Léger as his teacher, his first impulse was to be a painter, but he soon turned to photography, specializing in fashion for Vogue, and finally making a name for himself in the world of photojournalism. This undoubtedly explains the eclecticism of his work that went from abstract paintings to a passion for filmmaking – between documentaries, short and full-length features, he directed around 20 films as well as making 250 commercials.

While in Paris, Klein studied the masters of the Renaissance, as well as Mondrian and the architects of the 20th century. “I shot at random, without aim, exaggerating the grain, the contrast; I enlarged excessively and, in general, put the photographic process through the blender,” he said of that time. With his “European vision and native American instinct,” as he put it, he later photographed Rome (1958), Moscow (1964) and Tokyo (1964).

Thanks to his talent and his hunting instincts, he was able to pick out people in the crowd and portray them not just as individuals but as the very society they lived in. As a result, his New York was as varied as it was optimistic.

When working as a fashion photographer, he employed a different, if equally striking, language, becoming the first to take models out of the studio and into the street to mingle with the crowds.

Klein shot in spurts, with a wide-angle lens on his camera that zoomed in on his subjects. In doing so, he moved away from the traditional forms of French photographer Cartier Bresson, opting for a more expressionistic, streetwise style. “The most beautiful and unique thing about people is their gaze,” he said in a 2005 interview with EL PAÍS. “In New York people don’t look you in the eye because it can get you in trouble. When I was a kid walking around a neighborhood that wasn’t mine – which felt like traveling round a foreign country – people would get upset if you looked at them. I found several ways to deal with that. One was tobacco. I would ask for a light and distract their attention that way. Another was to play dumb. You avoid fights – it always works.”