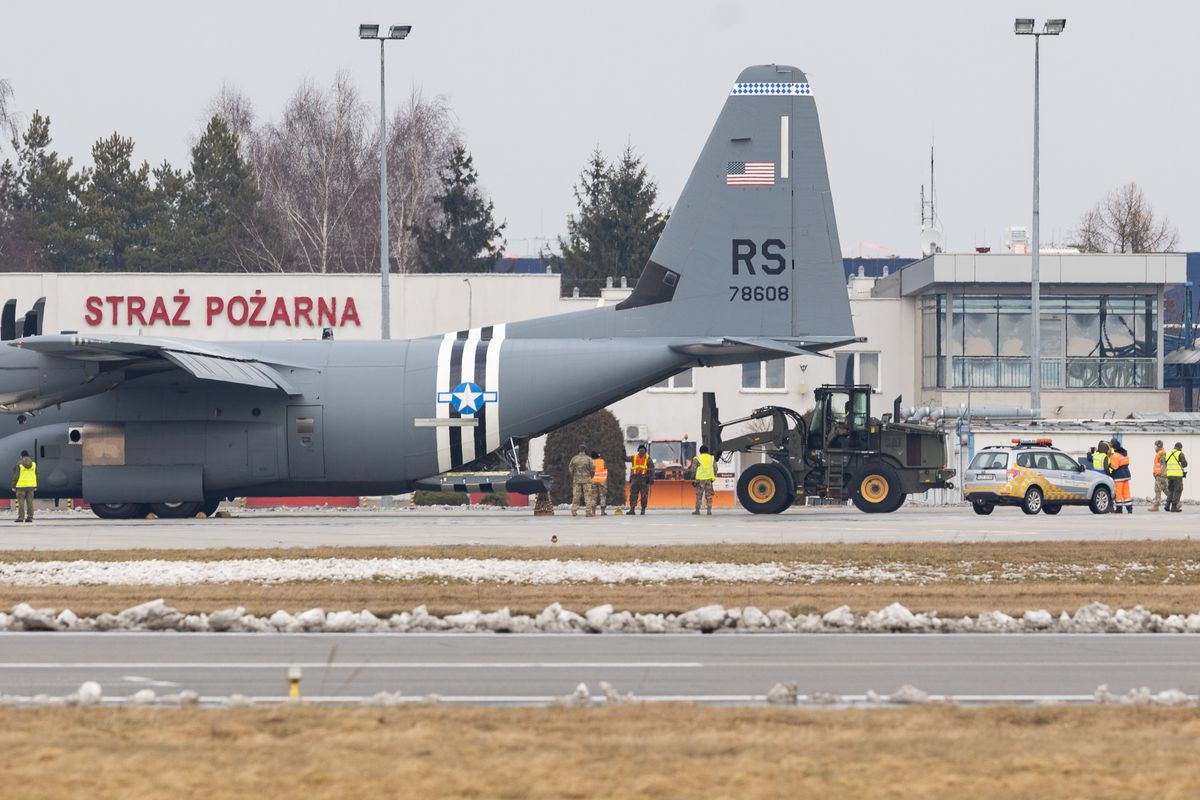 Washington is not making it easy for observers to resort to poker metaphors, normally the go-to analogy to explain its strategy against Moscow. Ever since the beginning of the Ukraine crisis, the Joe Biden administration has been disclosing all kinds of intelligence information regarding alleged plans by the Kremlin; it has also unveiled details about the economic sanctions that the US is prepared to impose, and it has insisted so much on the imminent threat of a Russian invasion that even the Ukrainian government is exasperated.

The Pentagon recently warned that Russia was massing enough troops on the Ukrainian border to invade the entire former Soviet republic; it added that there hadn’t been such a troop concentration since the days of the Cold War, and that such action would have a “horrible” outcome. A few days earlier Biden had told Ukraine’s president, Volodymyr Zelensky, that he believed there could be a Russian invasion as early as February. Two weeks before that, he had warned that Moscow was planning a “false flag attack” against its own forces in eastern Ukraine in order to create a pretext to attack its neighbor. And on February 4 the US government claimed that Russia was planning a fake video showing a fabricated attack by Ukrainian forces, with actors passing themselves off as victims and using phony military equipment.

“It’s an unusual strategy,” said Angela Stent, who served as national intelligence officer for Russia and Eurasia at the National Intelligence Council between 2004 and 2006, and is the author of Putin’s world. Russia against the West and with the Rest. “In 2014, during the invasion of Crimea, it felt like the US was not prepared because there was very little public prior warning.” Stent, who is a professor emerita at Georgetown University and currently a senior fellow at the Brookings Institution, noted that if Russia invades, the US can say that it had warned it would do so. And if it doesn’t, that America avoided an invasion by exposing Russia’s plans.

This is a winning strategy in the short term, but there is a risk the conflict neither escalates nor goes away, but instead just keeps dragging on. “If this becomes a long-term conflict in which the Russians do not invade Ukraine but keep up the pressure, with troops on the border, complicating the country’s governance and hurting its economy, it will be harder to talk about a winning strategy,” said Stent. “Although for now, I think they’re doing the right thing.”

Meanwhile, NATO and the European allies are keeping quiet. If all the information revealed by the US is accepted as accurate, then Washington has indeed managed to cut off Russian President Vladimir Putin, eliminating the element of surprise and staying a step ahead of him on the information front, an area where Moscow feels very much at ease. Like Stent said, if Putin acts, the US can say that it warned about it ahead of time. And if he doesn’t, the US can argue that it deterred Putin by exposing his plans.

By adopting radical transparency, the US is complicating Russia’s task of disseminating disinformation about its actions

“It’s an intelligent tactic,” said Richard Gowan, an analyst who oversees advocacy work at the United Nations by the International Crisis Group, an analysis organization. “Russia’s hybrid war is based on sowing confusion and disinformation. By adopting radical transparency, the US is complicating Russia’s task of disseminating disinformation about its actions. The Russians have tried to ignore or dismiss the accusations, but they have also had to go on the defensive in public. And this extreme transparency also makes things easier for Washington when it comes to keeping NATO’s allies more or less united.”

Even so, Gowan saw risks in this strategy. “Obviously, the Ukrainians themselves are nervous at how much information the US is sharing. And this ‘megaphone diplomacy’ could make it complicated for Putin to do nothing. Now it will be harder for him to back off without a certain sense of humiliation.”

Meanwhile, Zelensky is visibly upset at the things that his powerful allies in the West have been saying lately. The Ukrainian president has denied that the threat of an invasion is “imminent” and complained that Biden’s rhetoric creates “panic.”

“Do we have tanks on the streets?” he asked reporters at a news conference on January 28. “No. When you read media, you get the image that we have troops in the city, people fleeing … That’s not the case. They are saying that war is coming tomorrow. And that means panic.”

The White House has since stopped using the word “imminent.” White House press secretary Jen Psaki admitted at a briefing that “we stopped using it because I think it sent a message that we weren’t intending to send, which was that we knew President Putin had made a decision.” Instead, the message now is that Putin could invade at any point, “although we still don’t know if he’s made a decision.”

Zelensky had summed it up earlier in a much more disturbing way: “The situation is dangerous, but ambiguous.” Neither Kyiv nor Europe are contemplating a complete invasion of Ukraine by Russia, but the ultimate goal seems clear: to bring the former Soviet republic, where pro-European sentiment has grown, back into the fold of Russia’s sphere of influence; and naturally, to ensure that Ukraine never joins NATO.

This standoff is helping Putin determine where the Western powers are drawing their lines. All the disclosures about sanctions have made it clear to the Russian leader just how far these powers are willing to go if he invades Ukraine: they have no plans to deploy troops within the country, only to hand over weapons, and this is allowing Putin to weigh the risks. On the other hand, Kyiv’s potential NATO membership is supported by the allies, but there is no specific date and no rush to set one, either. By keeping up the military pressure on the Ukrainian border with those 100,000 soldiers, Russia ensures that the lines will remain there.

If this becomes a long-term conflict in which the Russians do not invade Ukraine but keep up the pressure, it will be harder to talk about a winning strategy

The US has also shown all its cards in terms of potential reprisals, and this is also helping Putin weigh up the risks. And the more details Biden provides about Russia’s plans, the more evidence he is asked for by reporters – information that the government is not willing to give out. On February 3, at a daily briefing by the US Department of State, a journalist asked if the government could provide proof of the alleged plots by Moscow. “It is intelligence information that we have declassified,” replied the spokesperson, Ned Price. “We do so with an eye to protecting sources and methods.” Then, displaying impatience at the reporter’s insistence that he provide evidence of the allegations about fabricated attacks, Price responded that “if you doubt the credibility of the US government, of the British government, of other governments, and want to find solace in information that the Russians are putting out, that is for you to do.”

To the analyst Stent, this kind of exchange reflects the risk that the US is running. “Obviously this is not good for its credibility,” she noted, adding that Russia is calling Washington “hysterical” and accusing the allies of creating “a climate of war.”

Biden and Putin have known each other for a long time. The first time they met in person in 2011, Barack Obama’s vice-president at the time accused the Russian leader of having “no soul.” If he does not take action in Ukraine, Putin can say that he had already rejected that option. And if he does, he can say that the West created a self-fulfilling prophecy. Putin is also well known for his poker games.