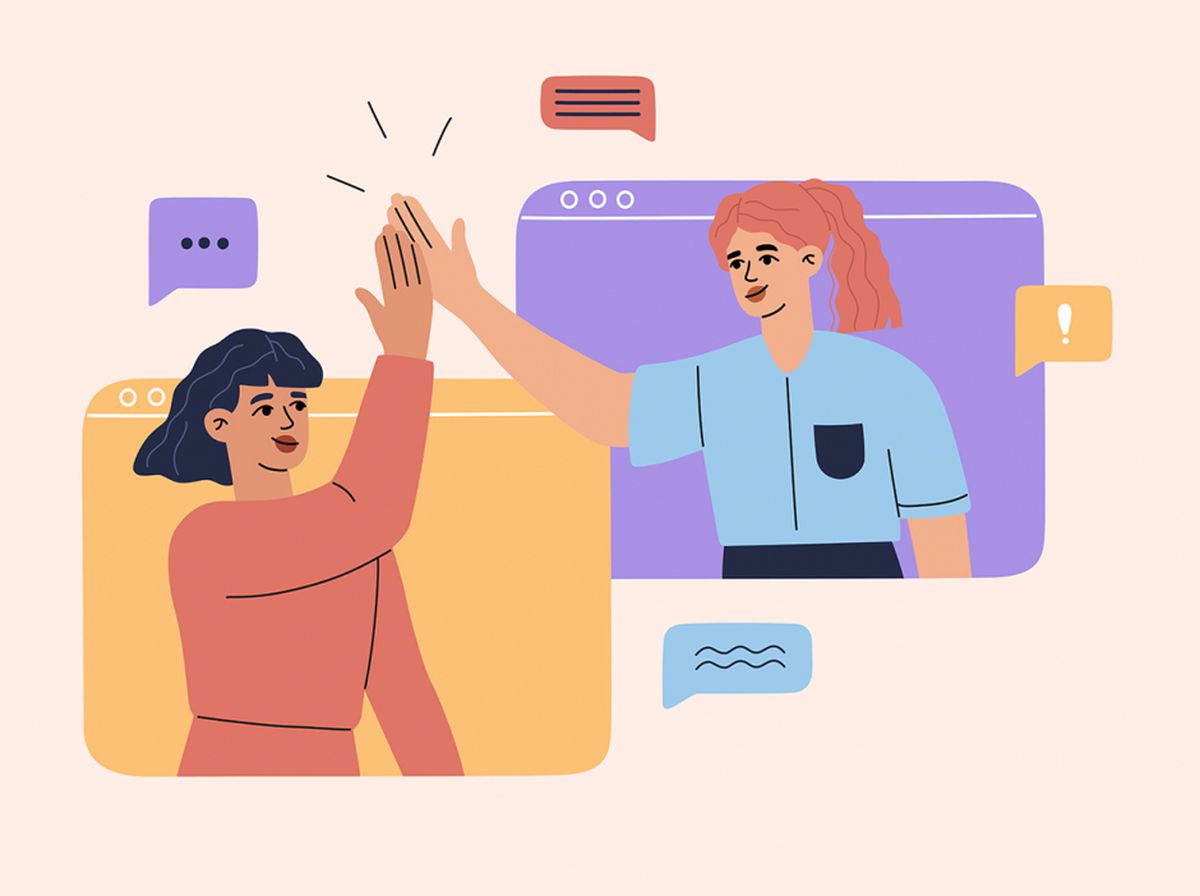 Honestly, how many friends from work would you invite to your wedding? Ana, a 41-year-old engineer, filled two large round tables with her coworkers: “I’ve been working at the same company for 10 years and many colleagues have become friends. We eat together every day; how could I not invite them?”

A few months later when Adriana, a 35-year-old who works in communications, got married, she only invited one former colleague, whom she considers a “real friend”: “I admit that I was a little embarrassed at not inviting anyone from my current team, I didn’t want that to look bad, but by reducing the number of colleagues I invited down to zero, I think it was understood that I wanted a more intimate celebration. It was a bit delicate but it’s the truth: I get along well with my teammates but our relationship is somewhat circumstantial.”

The wedding question exemplifies a moment when we have to determine whether our coworkers are colleagues or friends. Both women’s answers revealed some guilt over whether to let a colleague into such a personal space or not; it’s a perfect example of the slippery slope that work friendships can be.

Considering that we spend a third of our lives working (according to a study by facilities management company Sodexo), and that we will spend more hours with our colleagues than with our own families (about 2,000 hours a year, Gallup estimates), it’s better to have a friend by our side. As Sir Francis Bacon said, “Friendship doubles joys and halves sorrows.” We all know that anxieties can arise at work from time to time.

In the early 1990s, Gallup, an independent consulting firm, created the Q12, a 12-question form to identify the level of employee engagement as a feedback system for employers, managers and executives to determine an employee’s connection to an organization. Question number 10 asks: “Do you have a good friend at work?” The verdict since then seems to be that having a friend is not absolutely essential, but everything is better if you have one. Sharing problems, doubts, and concerns helps us to put them in perspective.

That said, something is changing. The pandemic has been a litmus test for offshoring both the workplace and the relationships that form there: “I’m learning to just have colleagues. This trend is part of telework: individualism and unassigned workspaces. Before, we were asked to know how to work as a team, and now we are only asked to meet our goals. They’ve always really appreciated me for working so well with other departments,” says Cecilia, 38, who works in finance.

Amidst the epidemic of burnout that we are currently experiencing (the Great American Resignation is one example) many studies are highlighting the positive impact of friendship at work. In this vein, the Gallup investigation claims that happy employees spend twice as much time concentrating on their work, have 65% more energy, expect to stay at work four times longer, and are four times more satisfied with their lives than unhappy employees.

Many other sources reaffirm that thesis: according to the 2021 Workplace Friendship and Happiness Survey that Wildgoose—a British teambuilding expert—conducted, 57% of respondents said that having a best friend in the workplace makes work more enjoyable, 22% feel more productive with friends, and 21% say that friendship makes them more creative. Back in 2019, the World Economic Forum published a post encouraging people to become friends with their colleagues. For its part, LinkedIn noted a few years ago that 46% of professionals worldwide believe that having friends at work improves their overall happiness.

It seems that a sense of camaraderie, togetherness, and trust contributes to a positive work life. But what happens when something goes wrong? A Rutgers University study suggests that developing friendships at work can be a mixed blessing; establishing them and trying to maintain them can be emotionally draining. Pam Hamilton, a teamwork expert and the author of Supercharged Teams: 30 Tools of Great Teamwork, offers an interesting opinion: “Some of the worst-performing teams I know are great friends but they can’t get anything done. Collective intelligence research tells us that teams who avoid constructive conflict in favor of consensus make fewer successful decisions because they don’t challenge each other enough,” she said in an interview with Forbes magazine.

While it’s easy to assume that friendship is the first step toward teamwork, Hamilton believes that it’s actually the other way around. “We come to work to achieve something, whether that’s to launch a new product or to serve our customers. Putting friendship before teamship means we might launch an inferior product because we didn’t want to hurt someone’s feelings, or forget to serve our customers because we’re too busy having a good time,” she notes.

Maddalena, a 36-year-old entrepreneur, had a similar experience: “I worked with a very close friend, who didn’t do a good job, and I ended up messing up the project to defend her.” However, she still believes in friendship as an impetus: “I think a good team needs interpersonal chemistry as well as professional motivation. You have to laugh and have fun working.”

This is one of the murkiest areas of these types of relationships: can you really be friends with your boss? Can a boss really be friends with a subordinate? Navigating the boss-friend dynamic today is very different from 15 years ago. Before smartphones and social media. people knew much less about each other’s private lives and got together mostly during business hours when colleagues were available in person. Today, we are accessible 24 hours a day and social etiquette is quite different. As the Harvard Business Review observed, 32% of workers are friends with their bosses on Facebook, 19% of bosses and employees follow each other on Instagram and 7% on Snapchat. Nearly seven in 10 workers have their boss’s personal cellphone number, 60% have met their boss’s significant other, 24% have visited their boss’s home, and 34% have sought their superior’s advice on personal matters.

Today, there are more friendships at work and perhaps we all know too much about each other. Maider, who manages her own team, sees it like this: “When you are a friendly leader, there are times when you get involved in overly personal conversations with the team, and then it is difficult to keep enough distance to have a conversation about poor performance or disengagement.” In her experience, being a boss and a friend is “difficult but not impossible. The difficulty: having conversations about challenges/giving feedback and separating the professional from the personal. Sometimes being a leader is lonely, because it’s hard to share insecurities, doubts, and skepticism with a team that you then have to support, guide, and lead by example.”

Roberta, 36, works in logistics and manages a team at an international company. She does not believe that it is possible to be a boss and a friend at the same time: “There are people who can understand what you’re going through when there are challenges, problems, and even successes, they can give you good advice and support, but it depends on the definition of friendship. I think there are very few true friends; there are the people you go out with after work for a beer, but that’s something different. It’s something I need myself. But it’s not true friendship; rather, it’s people who have an affinity for each other. Besides, as a boss you can be a mentor, but not a friend. It’s very hard for me to be a friend outside the office and a boss at work.”

Boundaries seem to be the key. “I think it is entirely possible [to have friendships at work] as long as it is between grown-up, professionally mature people who know and understand where the boundaries are without anyone having to impose them. I think that’s a really healthy relationship, but it’s also very rare because so few people are mature enough to set those boundaries in a natural way,” says Cecilia.

She also notes that as we grow older, the need to make friends seems to become less important: “During the early years, friendships at work are very important, they become an “us-versus-the-world team” and create a really good atmosphere. I remember leaving work at ungodly hours every day for three months, and still having a glass of wine with work friends, then coming back the next day with smiles on our faces. Back then, we thought we were invincible. Over time, new friendships are more of an afterthought and sometimes just relationships of pure self-interest, which disappoints those of us who continue to socialize with the hopes of something more.”