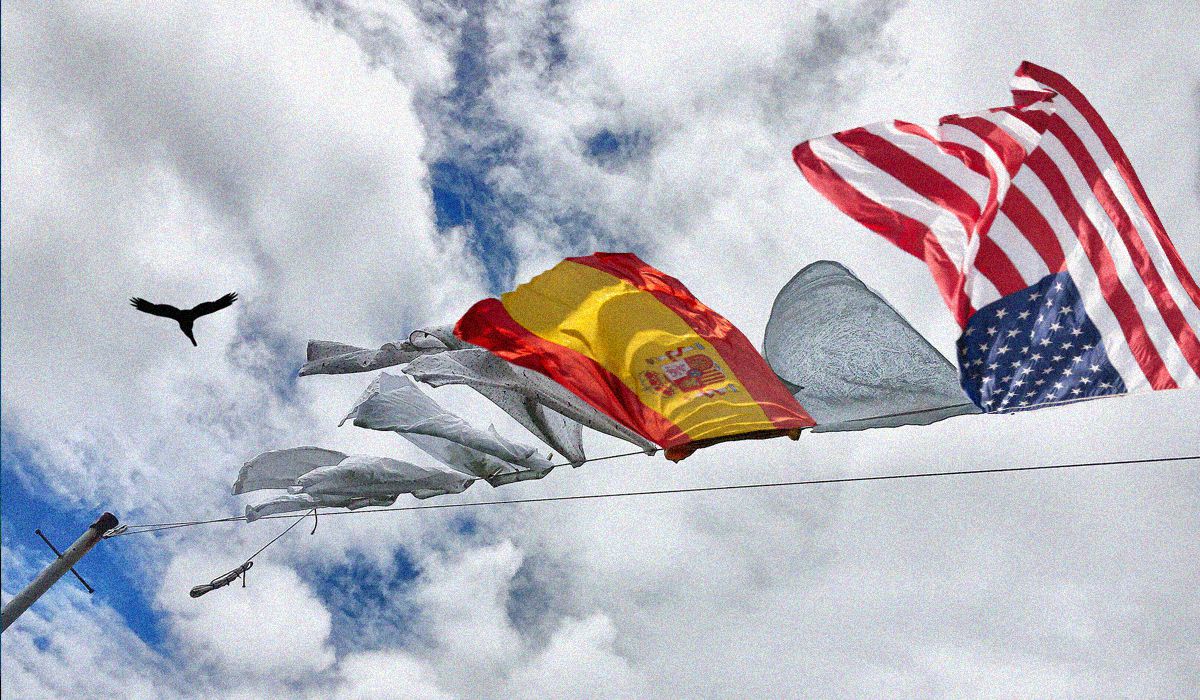 “This is the adorable thing about Europe, all these little countries that are like ‘look at me, I have pretty high GDP per capita,’ and then nobody actually owns a machine that makes clothing dry. It’s so cute!” This message on Twitter was written by Josh Barro, a provocative podcaster responding to graphics indicating that life expectancy in the United States is falling compared with Europe.

The Twitter thread was soon filled with responses from Europeans telling Barro that public health and gun control are more important than owning a clothes dryer. Others sent him photos of their clothes lines, along with reminders that they received free treatment for cancer or diabetes.

The use of clothes dryers in the US has become a recurring issue on Twitter. There are plenty of other tweets along these lines: “things America does better than Europe: dryers”; “Americans have big houses, dryers and a higher probability of early death, perhaps from gunshots. The French have immunity to heart problems through alcoholism.”

Five years ago, a Reddit user asked non-Americans what all Americans should know. One of the answers, which says “Electric dryers are nowhere near as common as in the States,” resulted in a still-active thread with more than 7,000 comments. A Canadian confessed that he had never met anyone who had a washing machine but not a dryer. One American expressed his surprise: “I don’t understand how you could not have an electric dryer. What if you want to do laundry, and it’s raining outside? What if you want to do laundry quickly? Living in other countries must suck.”

The Reddit thread also gave rise to several clashes, with European social media users blaming high energy spending and climate change on the Americans. One offended party responded: “In our country, clothes were hung outside in the 1950s, when racism was on the rise.” It is estimated that in the United States, 80% of homes have a dryer.

“I have lived in four different flats in Barcelona, and I only had a dryer in one. It was handy, but I don’t miss it. I prefer hanging clothes, which makes them last longer, and I spend less energy and money,” Lauren Hopkins, an American who has lived in the Catalan capital for years, told EL PAÍS. Her parents in Chicago do. “I asked my grandmother, who lives in Illinois, and she says that her mother hung her clothes in the basement during the freezing winter there. As soon as they got a credit card, the dryer was the first thing they bought,” she explained.

Ted Stresen-Reuter lives in Spain’s Canary Islands, but he grew up between Chicago and Arizona, where he does remember seeing his mother hang out the clothes in the backyard. “I don’t have a dryer here. We hang our clothes out on the terrace, and they dry right away. Nobody in Chicago would dream of sun-drying their clothes. Before dryers, they dried their clothes in the boiler room in the basement. I wouldn’t buy one now, because of environmental awareness and also because I like the feeling of clothes dried in the sun. The sheets are crispy.”

Knowing that his compatriots consider the dryer a source of patriotic pride does not surprise him, but it does sadden him a little. “When I arrived here 30 years ago, I didn’t miss it. I liked that everything was done on the scale of the person, of the human being, being able to walk around the city,” Stresen-Reuter said. In a few weeks he will return to Chicago to see his family, with his partner and their two children. As they have done in other years, they have swapped their home with another family and, since they will be staying in the city center, they do not plan to use a car. “My father called me the other day and told me he was leaving me one. I told him it was not necessary, and he did not understand how we were going to spend a month without a car. He asked me, ‘but how are you going to get around?’”

The dryers discussion tends to also raise the topic of the popularity of large cars in the US. The contrasts reflect the differences in two distinct models of life: that of the big family house, comparatively higher salaries, sprawling cities and privatized services, versus high taxes in pursuit of a somewhat more communal lifestyle.

In some parts of the US, local laws fine those who hang clothes out to dry outside. The so-called right-to-dry movement, which aims to repeal these laws, has been gaining strength for the last decade. “California is essentially one big clothes dryer,” wrote journalist Meghan Daum in a column in the Los Angeles Times. “What could be more emblematic of the contemporary California lifestyle now than a luxurious fake lawn complemented by a clothesline strung between two palm trees? How much do you want to bet that this week, with temperatures in the LA area in the 90s even near the beaches, your underwear would have dried quicker in your backyard than in your Kenmore?” In the same article, Daum points out that clotheslines in the air have always been a signifier of class. In the late 1960s, dryers began to spread through middle-class homes. In 1980, less than half of households had them. By 2009, the number had reached 80%. Since then, drying clothes in the sun has come to suggest poverty or lack of sophistication.

Recently, though, hanging clothes in the sun has become a photogenic signifier of environmentalism. The cottagecore trend gave rise to a TikTok trend in which young women – almost always white – hang their laundry in front of the cameras. A recent video shows two tall, thin girls in long dresses hanging sheets in a garden. The caption reads “Inspire Tuscany with Upstate New York,” and the 15 hashtags include #cottagecoreaesthetic #hangingclothes #clothesline #summervibes #swedishsummer and, for some reason, #callmebyyourname. Luca Guadagnino’s film Call Me By Your Name does not contain any scene in which lead characters Elio and Oliver hang their clothes out to dry. But the television adaptation of Sally Rooney’s Normal People does have a scene in which Connell and Marianne meet as she lays out sheets in the Tuscan sun.

“The idea of hanging clothes outside in cities carries a nostalgic image that in the United States is associated with old photos of immigrant neighborhoods. That’s why American tourists in Mediterranean cities find it photogenic,” explained Brian Rosa, an American researcher and geographer who lives in Barcelona (in a house with a rarely used dryer). He has also spent time in Manchester, England, where he was surprised that the house he rented did not have a dryer. “It rained all day. People dry their clothes on the electric radiators and turn them over like a steak. It took days to dry something.” Rosa believes that there are two reasons why Americans are reluctant to dry their clothes in view of the neighbors: the shame of suggesting that they cannot afford a dryer, and a trace of puritanism. “Just look at those scenes in old movies where a sexy woman hangs out her lingerie in public.” He characterizes Americans’ complaints about the lack of dryers in Europe as “mean and boring.” But he does agree with them about something: “The washer-dryers that are sold here are garbage.”