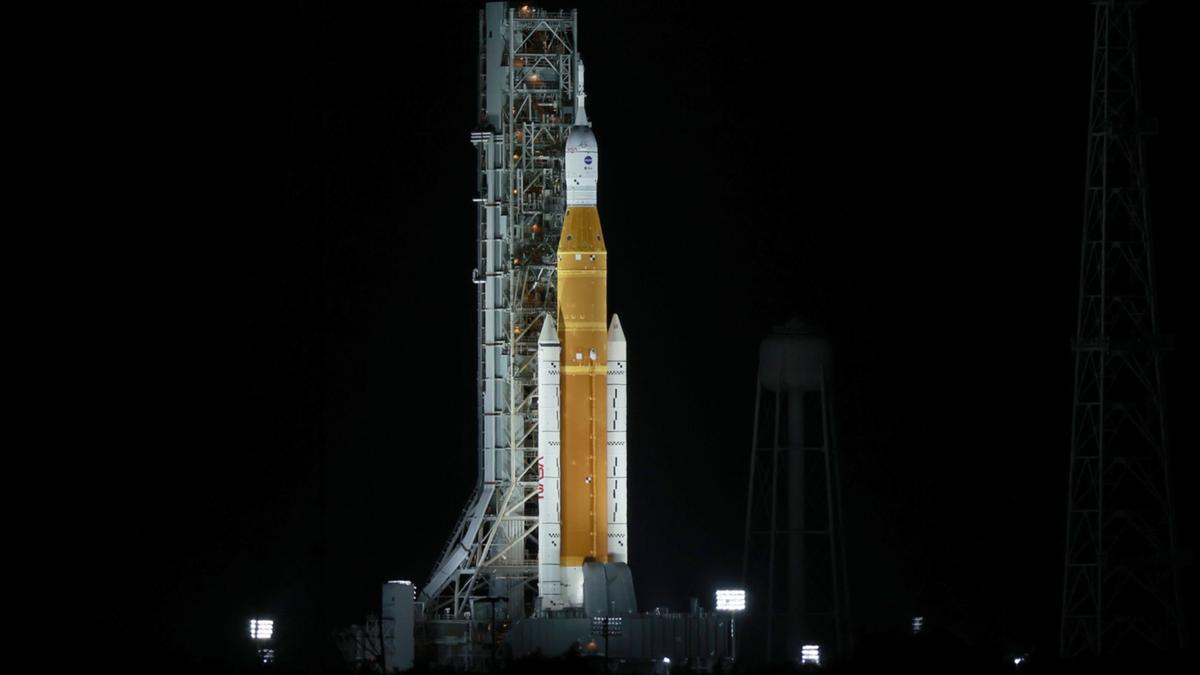 The first attempt earlier in the week was also marred by escaping hydrogen, but those leaks were elsewhere on the 98-metre rocket, the most powerful ever built by NASA.

WATCH THE VIDEO ABOVE: NASA determined to send humans back to the moon

Launch director Charlie Blackwell-Thompson and her team tried to plug Saturday’s leak the way they did the last time: twice stopping and restarting the flow of super-cold liquid hydrogen in hopes of removing the gap around a seal in the supply line.

They also flushed helium through the line, but the leak persisted.

Blackwell-Thompson finally halted the countdown after three to four hours of futile effort.

NASA wants to send the crew capsule attached to the rocket around the moon, pushing it to the limit before astronauts get on the next flight.

If the five-week demo with test dummies had succeeded, astronauts could fly around the moon in 2024 and land on it in 2025. People last walked on the moon 50 years ago.

On Monday, hydrogen fuel escaped from elsewhere in the rocket.

Technicians tightened up the fittings over the past week, but Blackwell-Thompson had stressed that she wouldn’t know whether everything was tight until Saturday’s fueling.

Thousands had taken up position along the coast to see the Space Launch System rocket soar. Local authorities had expected massive crowds because of the long Labor Day holiday weekend.

The $4.1 billion test flight is the first step in NASA’s Artemis program of renewed lunar exploration, named after the twin sister of Apollo in Greek mythology.

Twelve astronauts walked on the moon during NASA’s Apollo program, the last time in 1972.

Artemis, years behind schedule and billions over budget, aims to establish a sustained human presence on the moon, with crews eventually spending weeks at a time there. It’s considered a training ground for Mars.

Meanwhile, NASA has indicated it will not pursue a launch of Artemis I for the remainder of the launch period, which ends on Tuesday.

Future launch periods in September and October depend on what the team decides early next week.

NASA Administrator Bill Nelson reminded that the shuttle was sent back to the Vehicle Assembly Building 20 times before it launched.

“We do not launch until we think it’s right,” Nelson said.

“These teams have labored over that and that is the conclusion they came to. I look at this as part of our space program, in which safety is the top of the list.”