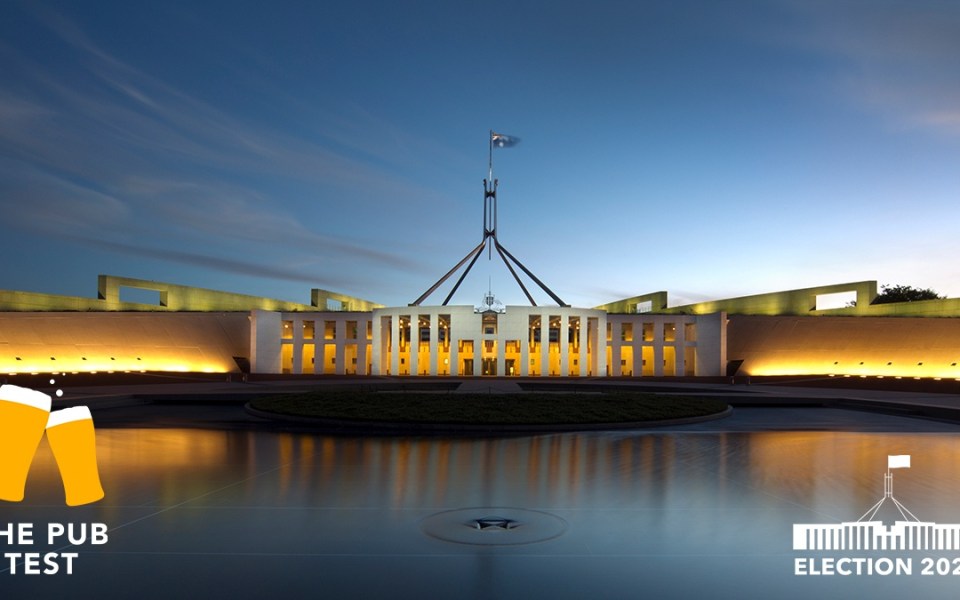 Voters frustrated at the Coalition’s track record on corruption and climate change could turn the New South Wales electorate of Wentworth teal on election day.

It’s a marginal seat that was once held by former prime minister Malcolm Turnbull – before he was kicked out from the Lodge.

And now the Liberals’ hold on power is under threat from ‘teal independent’ Allegra Spender – CEO of the Australian Business and Community Network and daughter of late Italian-Australian fashion designer Carla Zampatti. Her father and grandfather were Liberal politicians.

Like the other independents financed by Climate 200, Ms Spender is calling for faster climate action, more support for businesses, and what she calls more “honest politics”.

Each week until election day, we’ll be visiting pubs in key electoral battlegrounds to ask locals for their opinions on a major election issue.

Scott Morrison pledged to establish a federal ICAC at the last election. That never happened because his proposal was shot down for being too weak and focusing on public servants, rather than politicians and their staffers.

Labor, the Greens and many independent candidates will only back a federal ICAC that has the power to hold public inquiries involving federal politicians.

Do these demands pass the pub test?

“I think it’s important for people in power to show transparency.

“So yes, I think a federal ICAC would be a step in the right direction.

“I like Allegra [Spender]. She’s part of this new wave trying to shake things up.”

“[A federal ICAC] is probably a good thing.

“But I’m not going to vote for someone because of just one policy.

“For those wondering, I’m still undecided.”

“Look at ICAC in NSW. Gladys [Berejiklian] was an honourable woman.

“If one side of politics wants an ICAC ‘with teeth’, I wonder if it will be used against their opponents.”

TND: Do you think corruption is a problem?

“Of course, but I guess I’m always sceptical about these plans.”

John: “Everyone knows there’s corruption in politics, on both sides.

“I’d absolutely support a federal ICAC in theory, but whether that will change anything, I’m not sure.”

Kerri: “I don’t see why anyone wouldn’t want this kind of thing.

“But, yes, the devil is always in the details. We’ll have to wait and see how it turns out.

“A federal ICAC is long overdue.

“It’s kind of unbelievable that we still don’t have one, but at the same time it makes sense because some politicians probably do have stuff to hide.

“I wouldn’t vote for a candidate that didn’t want a federal ICAC.

“To me, that just shows you can’t trust them.”

Cracking down on corruption is bound to be popular, and with five passes and one fail, introducing a federal ICAC has passed this week’s pub test in Wentworth.

But whether this issue alone is enough to turn the seat teal remains to be seen.

Next week, we’ll be visiting a pub in the marginal seat of Boothby, in South Australia.