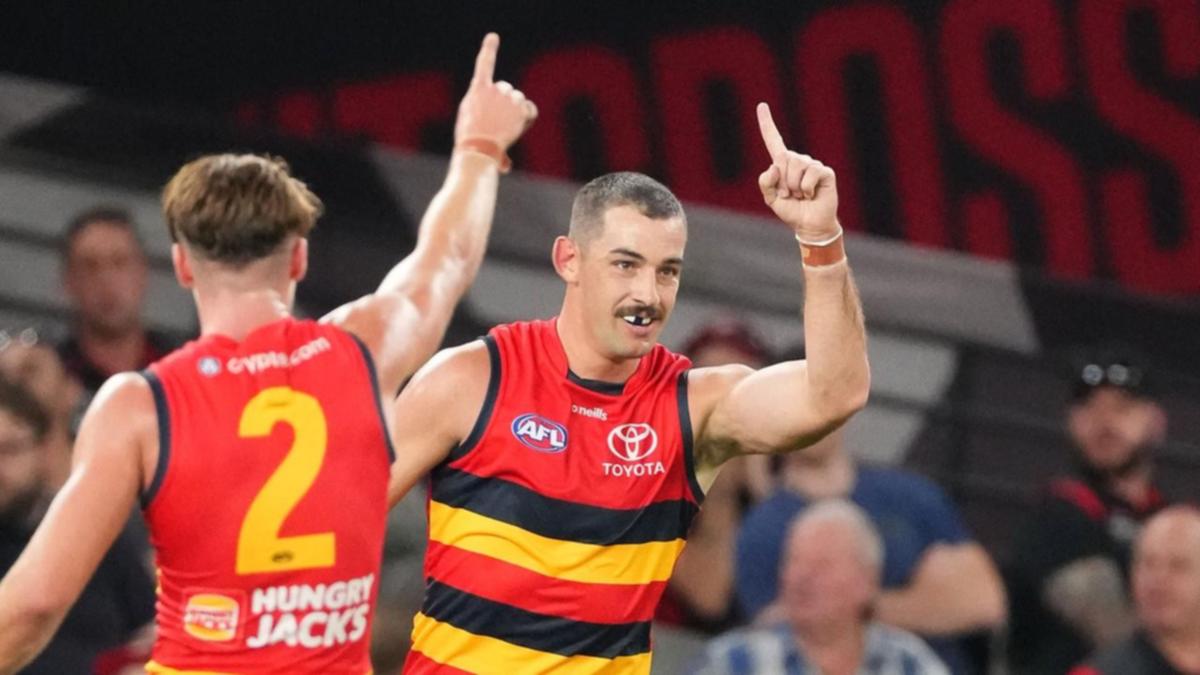 Adelaide coach Matthew Nicks says Taylor Walker has become a better person through serving his racism ban, after the Crows forward made his AFL return against Essendon.

Last August, Walker was banned by the AFL for six games for making a racist comment about a SANFL opponent to a teammate when he was a spectator at a state league game.

His comment wasn’t heard by its target, North Adelaide’s Robbie Young, but a Crows staff member reported it to officials.

After being suspended, Walker took time to contemplate his future before he and Adelaide decided he would serve out the last year of his contract.

Walker was booed by Essendon fans every time he touched the ball in Adelaide’s four-point loss on Sunday.

“He’s really important to our group. He straightens us up, his experience he brings ahead of the ball, he helps those younger guys that are down there playing around him,” he said.

“He took a little bit to settle into the game, as you’d expect, not being able to get too much of a hit-out coming in, but I thought once he did settle in he showed that he just adds that tiny little bit more to us ahead of the ball.

“A lot more than tiny – he adds a lot to us and it’s not necessarily what’s on the screen either.”

Nicks reiterated his previous comments that the 31-year-old had actively worked to educate and improve himself in the wake of his suspension.

“In our conversations, he’s done a load of work to work on being a better person going forward, as we all are, and I’ve talked through that,” he said.

“As a footy club we’re doing all that we can to educate ourselves and others and Taylor’s been the leader in that.

“Today it was great to see him back out there for our group. He’s an important leader ahead of the ball, it was a real bonus for us.

“… I know he’s a better person. I know we all make mistakes.”