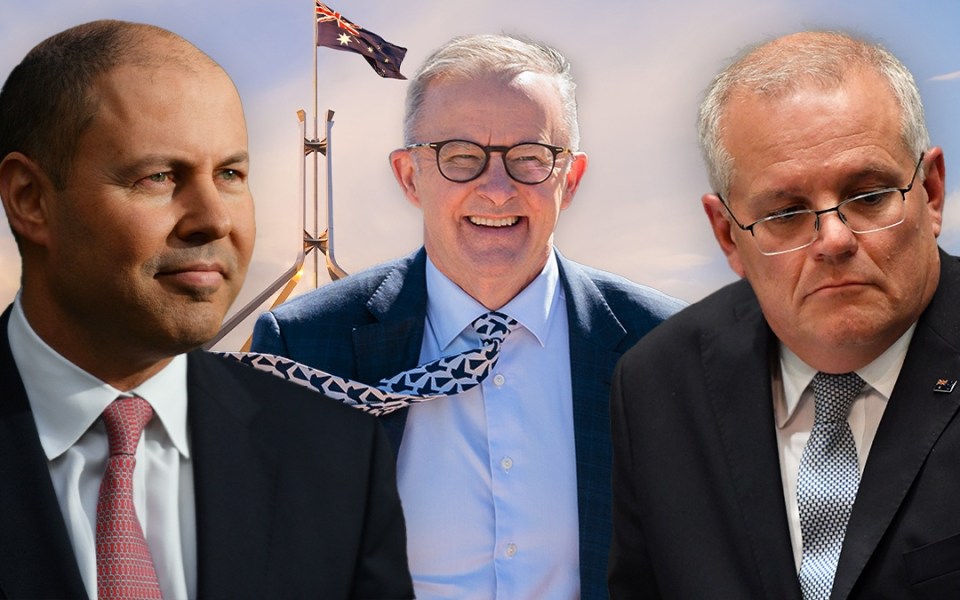 Roy Morgan figures released Friday show 46 per cent of Australians would prefer Treasurer Josh Frydenberg to lead a Liberal government ahead of the actual Prime Minister, Mr Morrison, on just 28.5 per cent.

The survey, conducted after Mr Frydenberg handed down the federal budget this week, represents a rise of 7.5 percentage points since February in those preferring him as Liberal leader.

The bad news for Mr Morrison came in the same week that Roy Morgan polling found ALP leads the Coalition 55.5 per cent to 44.5 per cent on a two-party preferred basis.

It also comes as a damaging New South Wales Liberal Party preselection tussle will continue into next week after a judge said he would not rule on a crucial court case Friday.

“The results of this special Roy Morgan SMS Poll show that if the L-NP government wants to maximise its chances of re-election this year it must make a late change and elevate Treasurer Josh Frydenberg to the top job,” Roy Morgan CEO Michele Levine said.

“Such a move is not unprecedented, as former long-serving Australian prime minister Bob Hawke only became the leader of the Labor Party on the day the 1983 federal election was called by then-prime minister Malcom Fraser,” she added.

Respondents to the Coalition leadership survey were asked to choose between Mr Morrison, Mr Frydenberg and Defence Minister Peter Dutton as their preferred Coalition leader heading into the election.

Just 14 per cent of those surveyed nominated Mr Dutton as preferred leader (up 1.5 points), while 10.5 per cent opted for “someone else”.

Among LNP supporters, there is now a virtual tie between the Prime Minister and his Treasurer, with 37.5 per cent nominating Mr Frydenberg and 38 per cent preferring to stick with Mr Morrison.

As Mr Morrison faced accusations of bullying this week, sparked by a damning speech by ousted Liberal Senator Concetta Fierravanti-Wells on budget night, it was little surprise Mr Frydenberg was the clear choice for women.

Mr Frydenberg’s preference among Australian women surveyed was a commanding 47.5 per cent to 28 per cent for Mr Morrison, while slightly narrower for men at 44.5 per cent to 29 per cent.

The survey, meanwhile found that Labor politicians made up the top-three most trusted spots.

With a federal election imminent, the NSW Court of Appeal has been asked to find three important preselections invalid.

The case centres on a decision by the federal executive of the Liberal Party earlier this month to appoint a committee made up of Mr Morrison, NSW Premier Dominic Perrottet and former federal Liberal Party president Chris McDiven to determine preselections.

The committee was formed to selected endorse candidates in several NSW seats.

Since the beginning of the year the dispute over Liberal preselections has grown increasingly acrimonious.

Those proceedings were stalled on Wednesday after lawyers acting for the Liberals raised a near-century-old constitutional question about whether political parties were “justiciable” (or subject to law). Such questions, they said, required a higher legal authority.

The Attorney-General was called in to arrange for the case to be moved, resulting in a hearing the following day.

Mr Morrison ultimately failed on Thursday in an audacious legal bid to have a case over the outstanding preselections heard in the High Court.

But more attention centred on the fact that it was the Attorney-General Michaelia Cash who invoked special powers to have the matter elevated to the higher court, at a hearing at which the Solicitor-General was present.

Nominations for candidates close 10 days after writs for an election are issued.

One senior Liberal told The New Daily that the Prime Minister and his supporters were seeking to drag out the matter until after the federal election was called so there could be no time for the competitive votes being sought.