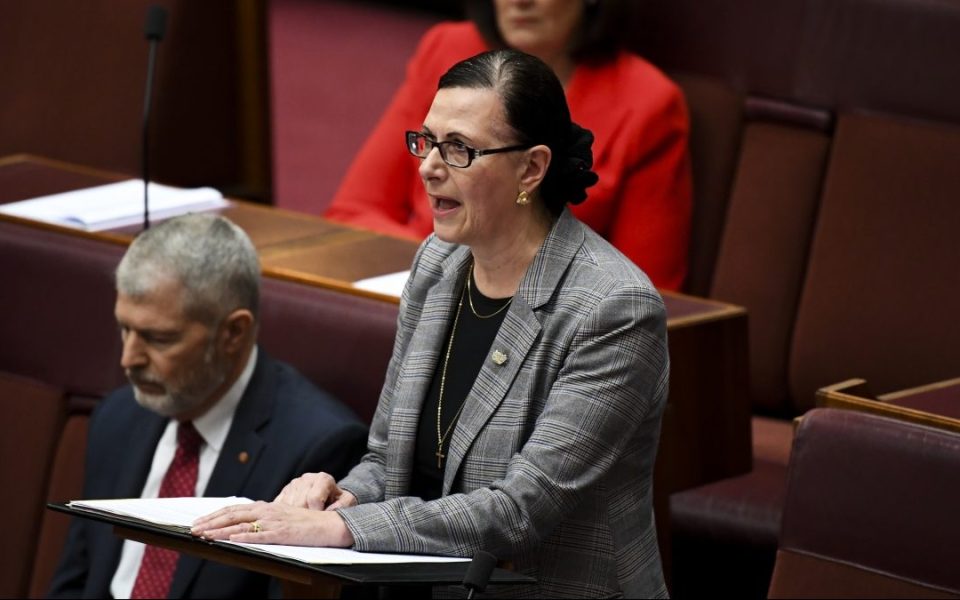 Their hostilities, moving towards fever pitch for the imminent election, were put aside for the purpose of celebrating the life of a national hero.

Morrison took Tim Wilson, who was Warne’s local member. Albanese was accompanied on the plane by his deputy Richard Marles and Senator Don Farrell, shadow minister for sport.

Both leaders knew that, whatever the exigencies of this budget week, the trip was essential. Warne was far more popular than either of them.

Budgets these days are prone to disappear quickly but having this one register – and positively – with voters is vitally important for Morrison. But there are problems cutting through.

One is public cynicism – the “you’re just trying to buy us” reaction. Another is that other stories are grabbing attention including, but not only, the Warne service.

The run up to that service saw the morning TV shows give less attention than usual to budget follow up, with high profile TV presenters abandoning visits to Canberra in favour of doing their interviews remotely.

For Morrison, budget night itself had been soured by an extraordinarily strong, personal attack on him by one of his backbenchers, Senator Concetta Fierravanti-Wells.

Fierravanti-Wells denounced the prime minister as “an autocrat and a bully”. “It is his way or the highway,” she told the Senate.

“He is adept at running with the foxes and hunting with the hounds, lacking a moral compass and having no conscience.”

“In my public life I have met ruthless people,” she said. “Morrison tops the list […] Morrison is not fit to be prime minister.”

Some context is needed. Fierravanti-Wells has been a trenchant critic of Morrison right back to the days of his preselection, which was mired in a bout of nasty party infighting (that she reprised in her speech).

At the weekend, Fierravanti-Wells was bumped, in favour of Senator Jim Molan, in a battle for a winnable place on the NSW Senate ticket.

“I have known for a number of years of the machinations involving the PMO [prime minister’s office] and others to move me on,” she said.

While her loss happened in a mass vote of Liberal Party members, the dysfunctional NSW division’s preselection process more generally has seen an appalling factional imbroglio, in which Morrison and his factional henchman Alex Hawke have been central players.

A certain discount will be applied to Fierravanti-Wells’ attack, for a range of reasons. But her criticism feeds into the narrative about the toxic culture in Parliament House and in the major parties, which has been recently re-fuelled on the Labor side by friends of the late senator Kimberley Kitching, who allege she was bullied by colleagues on her own side.

In an earlier speech this week, Fierravanti-Wells identified with Kitching, making it clear they’d discussed how they both felt ill-treated within their respective parties.

The Liberals, especially Morrison, have been using the claims about the alleged behaviour towards Kitching to take shots at Albanese. Fierravanti-Wells has effectively muzzled them.

For Morrison, the Fierravanti-Wells diatribe is dangerous because it goes to the criticism of his character that has potency with some voters. Some of the scathing assessments have come from his own side, for instance revealed in leaked text messages sent by Gladys Berejiklian and Barnaby Joyce.

The other distraction of the week is yet to come, and of itself entirely welcome. However, from Anthony Albanese’s standpoint, it is unfortunately timed.

Ukraine’s president Volodymyr Zelenskyy is due to address the federal parliament late Thursday. He’s scheduled to speak just two hours before Albanese delivers his budget reply, which will contain a major policy announcement.

Zelenskyy has captured the attention of people everywhere as he leads his nation in its David and Goliath battle. Delivering a budget reply that competes with the appearance of an international super-hero will be hard going.

This article is republished from The Conversation under a Creative Commons license. Read the original article.