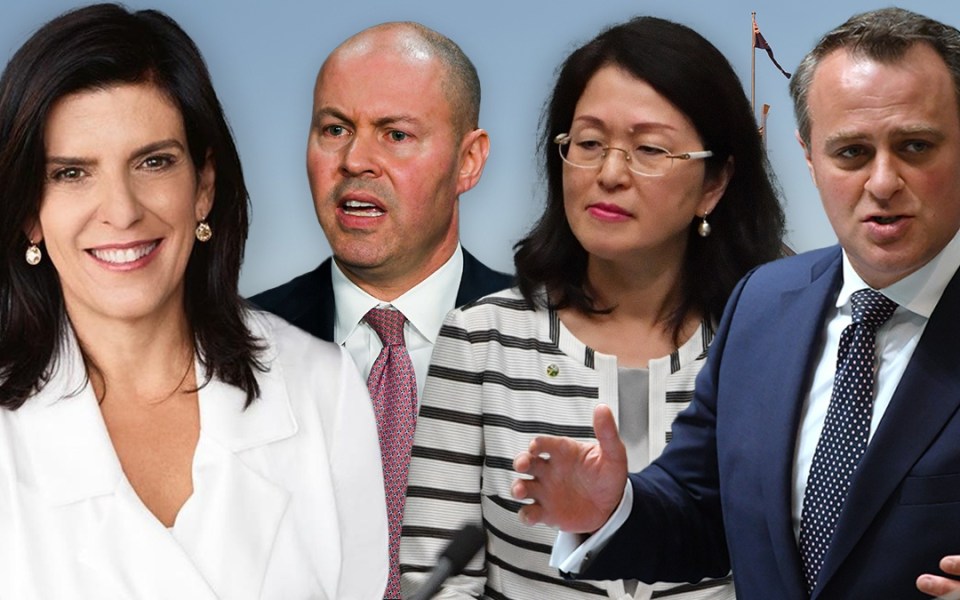 It’s often said that the first 100 days in a new job is important: You get to know your boss, your employer team and the culture and the conduct of your colleagues.

But in the first 10 days in my new job after I was elected as the Liberal Member for Chisholm, I learnt a lot.

Just after the election, my first conference call with federal Victorian MPs was scheduled and chaired by then-prime minister Malcolm Turnbull.

It was a kind of congratulations “around the table” call and all the MPs took turns to say a few words.

Being a newbie, having won the only seat from Labor, the focus of my  ‘few words’ was to thank former minister Kelly O’Dwyer and the former foreign minister Julie Bishop, saying that without their support, my belief was Chisholm would not have been won.

Immediately after the call ended, I was surprised when I saw Josh Frydenberg’s name appear on my phone. He cut to the chase.

“Look, on that call just now with Malcolm, you just thanked Julie and Kelly [long silent pause] … But I helped you too,” he said.

I was bemused that he felt the need to say that. And on another call just a few months later, he randomly mentioned “numbers in the party room” during a conversation with me about something completely unrelated – his blatant leadership aspirations already on show.

“Look I know you like me … and I know I’d have your vote in the party room,” he said.

Days after the conference call, when I was still being stopped and congratulated in the streets, I was asked to speak at a local multicultural community festival.

Some party members were there, including Gladys Liu, who had somehow told the organisers she would introduce me in Chinese.

For an introduction, it seemed to be taking a long time, so I asked one of the other party members sitting next to me to translate the gist for me.

“Haha. You know Gladys – it’s all about her. She just said the reason Chisholm was won by the Libs was all because of her.”

We did a mutual eye roll before I took to the stage.

More disturbingly, I’d also found out that Liu was “taking credit” for the 2016 election win to an even broader audience in the media and community. She claimed her management of my WeChat campaign – actually, my team and I managed it – and her advocacy against same-sex marriage and the safe schools program was instrumental in our winning Chisholm.

None of these activities were endorsed by me and I publicly decried her comments as “abhorrent and misleading”.

Fast forward to a time that will stay in the history books – when the marriage equality legislation came through.

I was one of only seven LNP MPs who became known as the 100 percenters, after voting for the marriage equality legislation without amendments. And I noticed fellow Victorian Liberal Tim Wilson, the Member for Goldstein, sitting on the government side voting for amendments while chatting and chortling with MPs from the right-wing faction.

I whispered to one of my fellow 100 percenters: “What’s Tim doing?”

“Whoever understands what Tim does?” came the exasperated reply.

So walking back to my office, which was next door to Wilson’s, I challenged him and asked him why he was pushing for amendments.

“Oh, I’m just doing that for my preselectors – I have to appease them,” he said, referring to party members, many of whom were from the right wing and anti-gay marriage lobby.

“As opposed to your conscience and your community?” I quipped back.

At the end of my tenure with the party, I had another unexpected call from Frydenberg. This was after the coup when I announced I wasn’t recontesting my seat. He had to sign off on the preselection process. Again, he cut to the chase.

“I’m not a fan of Gladys Liu,” he said. Again it wasn’t a flippant, off-the-cuff remark.

Liu’s pitch for preselection was dominated by her fundraising ability about which she would openly brag. She’d shown her skill at a gala event fundraiser with guest of honours John Howard and Turnbull and Bishop.

After the VIPs left, Liu took centre stage as chief auctioneer. The process was conducted predominantly in Chinese with barely a bilingual look in. Her eyes were laser-focused on tables of guests of Chinese origin – like a real estate agent focused on people they’ve identified as interested buyers.

Halfway through the auction before dessert was served, hundreds of Liberals got up and headed for the exit, looking disgruntled.

This coming federal election is different for the Victorian Liberals. Wilson and Frydenberg face fierce competition from teal independents Zoe Daniel and Dr Monique Ryan. Liu is up against ALP candidate Carina Garland.

Frydenberg, Wilson and Liu are not only fighting as hard as each other to retain their incumbency, they also have a lot in common: All three consistently demonstrate they care more about their own party and standing within the party, their preselectors and their donors, than they do about their conscience, their communities and their country.

They’re all evasive about the government’s broken promise for an effective anti-corruption commission, with Liu making such a botch of her answer at a candidates’ forum that a statement was issued afterwards.

Most of her answers were rambling, went off topic, and seemed evasive. In one response, she said she didn’t know her donors or the fact that $300,000 worth of donations raised at the Howard fundraiser had to be returned because of national security concerns.

In another, she struggled to answer a constituent’s question as to whether Kooyong and Chisholm voters would again be confronted with the misleading and deceptive Chinese language election signage, which copied the AEC ‘get up’, branding and purple colour.

Liu blamed Liberal headquarters and said “all you will see is the colour blue” next time.

A few days later, when Frydenberg launched his campaign, he said he was relying on “the power of the dark blue”, and released billboards with no party branding that simply said Keep Josh.

Just as Liberals left the fundraiser that night, they are leaving the party. And more broadly, Australians have seen the internal disunity, chaos and misconduct within the party spill into the public arena – not just in 10 days or 100 days, but over the past three years of the Morrison government’s term.

This has made the ‘dark blue’ very dark. Perhaps that’s why Wilson and Frydenberg have adopted the teal colour in campaign material, and Frydenberg’s brand just refers to ‘Josh’. And this time, Liu has said she won’t use the AEC purple, but she still must contend with the colour red.