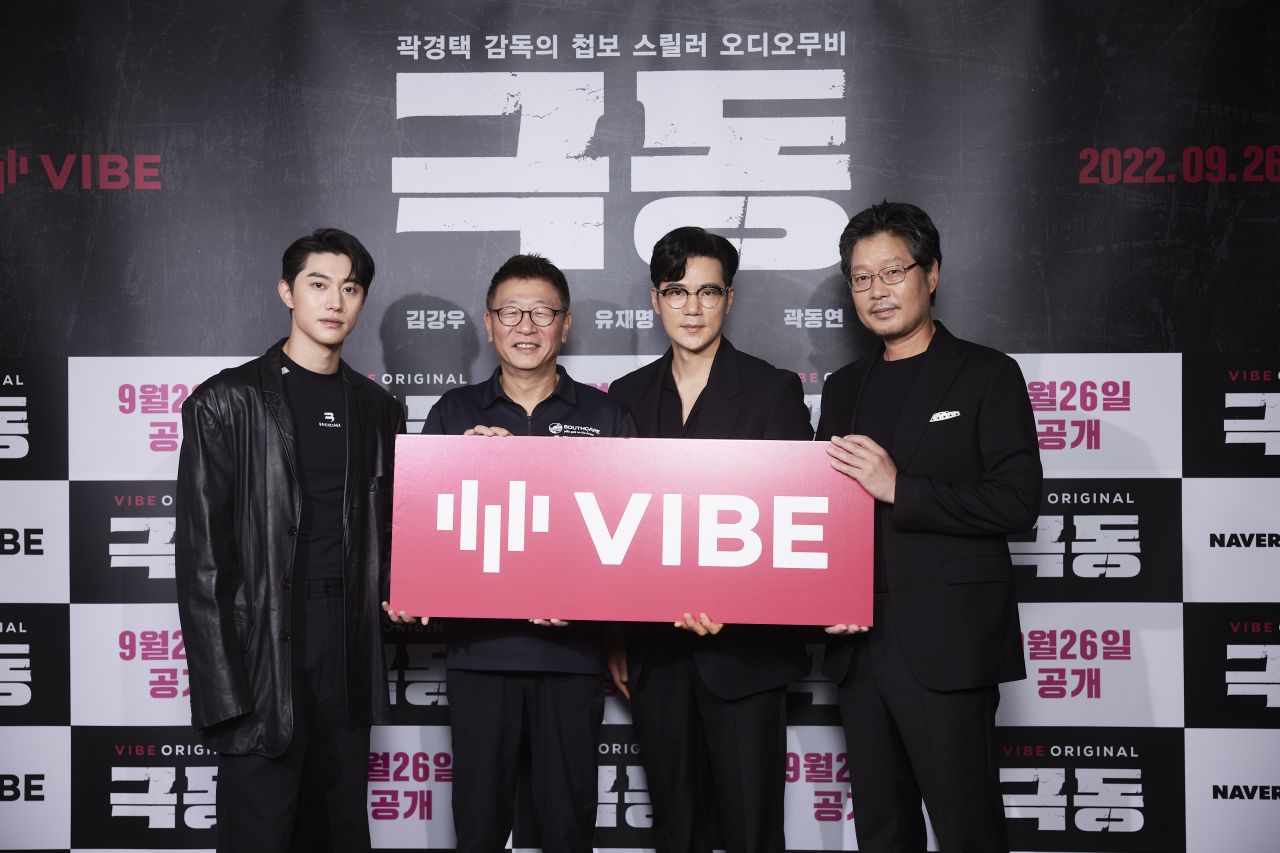 “There were challenges that I did not expect. For instance, I had to make sure that the voice of actors who play minor roles do not sound similar to main cast members,” Kwak said in an online press conference Thursday.

Also, in action scenes it was not easy directing actors to control their breath in certain ways so it would sound like they were in battle, despite actually being in a studio, Kwak said.

Ahn Tae-joon (Kim Kang-woo), a National Intelligence Service agent in Russia, receives an offer he can’t refuse from Lee Soo-young, who has secretly fled to Vladivostok.

The director said he first got the idea for the audio movie’s story from an actual North Korean defector who had been a high-ranking official.

The North Korean defector told Kwak there is a rumor about a person who is sent to Europe to manage slush funds. The money is purportedly used for Kim family members outside the ring of power.

The audio content not only features voice acting and realistic sound effects, but also visual effects created with computer graphics that can be enjoyed on the Vibe app.

The content will be released on Sept. 26 on portal giant Naver’s music streaming service platform Vibe.