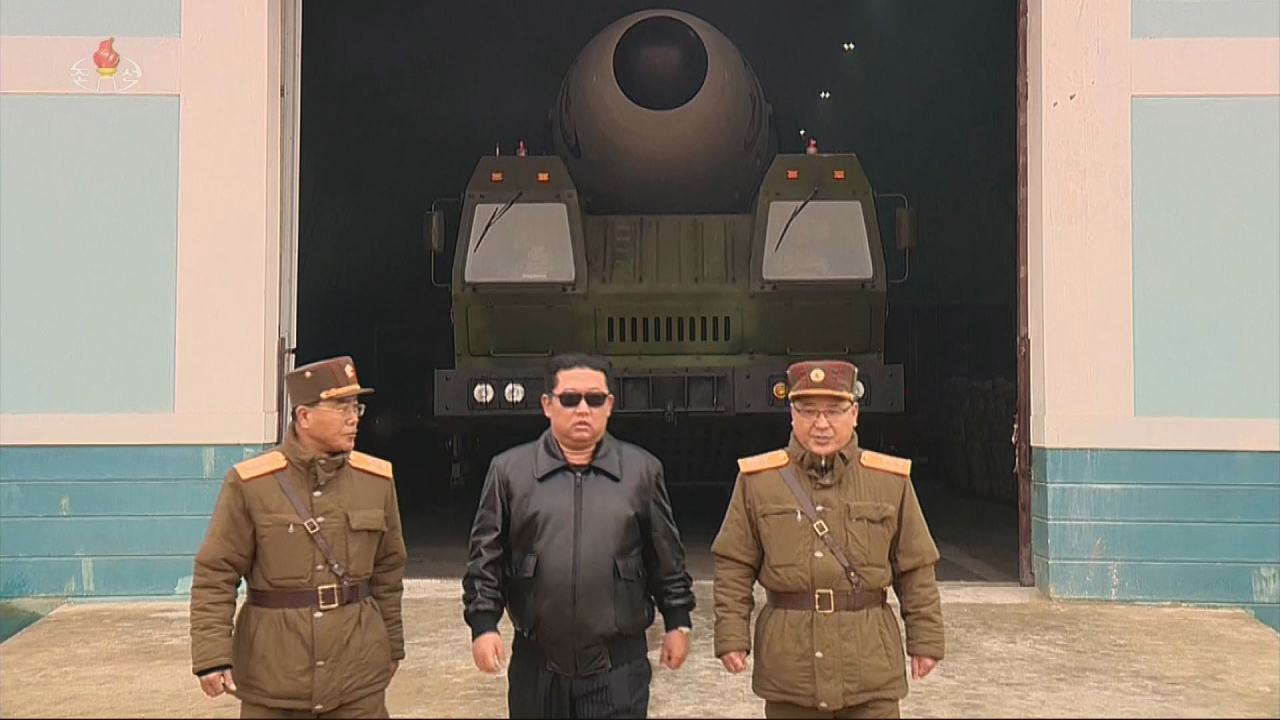 The United States will introduce a new UN Security Council resolution that will update and strengthen UNSC sanctions against North Korea, the head of the US mission to the UN said Friday.

Ambassador to the UN Linda Thomas-Greenfield also called for full implementation of the existing sanctions on North Korea to prevent Pyongyang from engaging in further provocations.

“And because of DPRK’s increasingly dangerous provocations, the United States will be introducing a chapter seven Security Council resolution to update and strengthen the sanctions regime,” the US envoy said in a UNSC meeting held in New York to discuss North Korea’s latest missile launch, referring to the North by its official name, the Democratic People’s Republic of Korea.

The latest missile launch also ended the North’s self-imposed moratorium on long-range missile testing that had been in place since November 2017.

“The Security Council must speak publicly and with one voice to condemn the DPRK’s unlawful actions and encourage the DPRK to return to the negotiating table,” Thomas-Greenfield told the council meeting, broadcast live.

The rare public meeting of the UNSC on North Korea, the first of its kind since 2017, came at the request of the US and five other members of the 15-member council, including Britain and France.

The US diplomat reiterated that the US remains open to dialogue with North Korea, but insisted that they cannot stand idly by until Pyongyang returns to dialogue.

“The United States remains committed to a diplomatic solution. We hope the DPRK will accept our repeated offers of dialogue. But we also cannot stand idly by in the face of the DPRK’s repeated Security Resolution violations,” said Thomas-Greenfield.

She also dismissed calls for sanctions relief for North Korea, saying, “Why should the Security Council reward bad behavior?”

“So now is not the time to end our sanctions. Now is the time to enforce them. The United States calls on all member states to fully implement the existing Security Council resolutions,” she added.

It was not immediately clear when the US planned to introduce a new UNSC resolution, while whether it will be adopted also remains to be seen.

The US had previously sought to impose additional UNSC sanctions on North Korea following Pyongyang’s repeated missile provocations this year, but efforts have so far failed due to opposition from Russia and China, both veto power-wielding permanent members of the Security Council and close allies of North Korea.

Russia quickly opposed the US’ call for enhanced sanctions on North Korea, saying it will create “unacceptable socio-economic and humanitarian problems” for the people of North Korea.

Anna Evstigneeva, Russian deputy ambassador to the UN, instead accused the United States and its allies of unnecessarily escalating tension with North Korea through what he called unilateral and autonomous sanctions against North Korea.

“Unilateral restrictions not only disdain the sovereignty and legal interests of member states and contradict the norms and rules of international trade, but also undermine the integrity of the limitations that are agreed within the Security Council,” she said.

Thomas-Greenfield insisted the Security Council must not remain silent.

“It is clear that the DPRK has escalated its provocations with impunity, while the council has remained silent,” she said, noting recent satellite imagery has also suggested that the North is reconstructing the Punggye-ri nuclear test site that it purportedly dismantled in 2018 to show its willingness to denuclearize.

“And it is clear that remaining silent in the hope that the DPRK would similarly show restraint is a failed strategy,” added the US diplomat. (Yonhap)