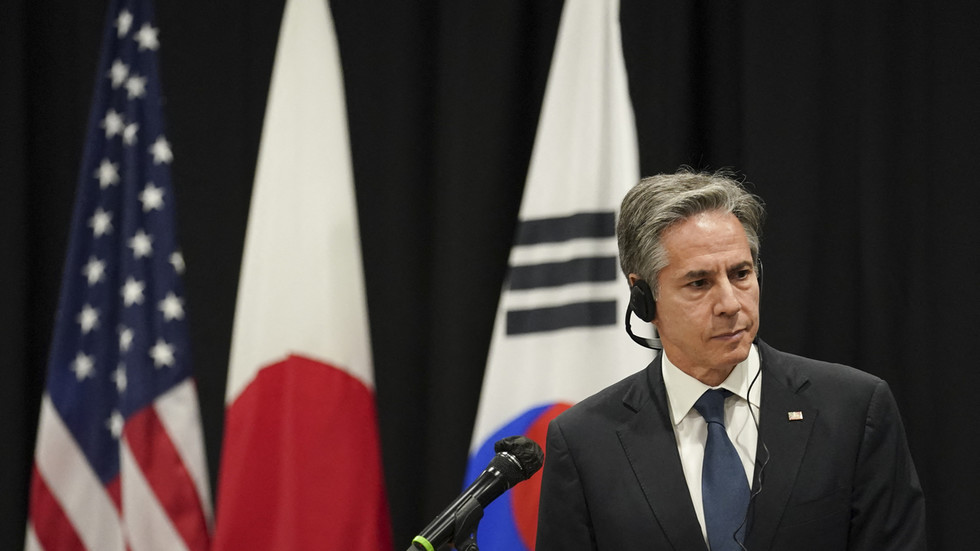 US Secretary of State Antony Blinken says there is still an opportunity to resolve the ongoing standoff between NATO and Russia around Ukraine.

“A diplomatic path to resolving this crisis… remains open,” Blinken told reporters at a joint press conference with his counterparts, Hayashi Yoshimasa of Japan and Chung Eui-yong of South Korea in Honolulu, Hawaii on Saturday.

“The way for Moscow to show that it wants to pursue that path is simple: it should de-escalate, rather than escalate. And it should not only talk about seeking a diplomatic outcome, but actually work toward one.”

Blinken reiterated that the response from the US and its allies will be “severe” should Russia invade Ukraine, despite Moscow consistently denying any such plans. Blinken, however, insisted that “the risk of Russian military action is high enough, and the threat is imminent enough.”


Earlier on Saturday, the US ordered the evacuation of all non-emergency staff from its embassy in Kiev, citing fears of a possible Russian invasion.

The secretary of state spoke to Russian Foreign Minister Sergey Lavrov over the phone on Saturday, discussing ways to defuse tensions. Lavrov told Blinken that the US and its allies have been waging “a propaganda campaign” against Russia and “encouraging” Kiev to violate the ceasefire agreements with the breakaway regions of eastern Ukraine.