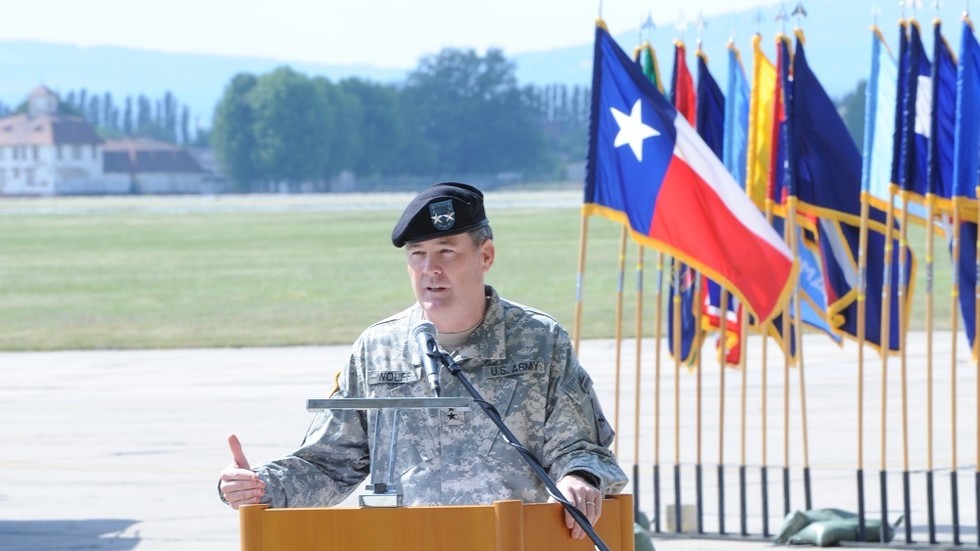 A retired army general will coordinate military aid to Kiev worth billions, the White House says

A retired US Army general will help coordinate the massive effort to deliver weapons and ammunition to Ukraine, the White House announced on Friday. Veteran Pentagon policy planner Terry Wolff, who previously oversaw Washington’s aid to militants in Syria, was brought onto the National Security Council after a group of senators urged President Joe Biden to put someone in charge of the program.

Wolff “recently” joined the NSC, a spokesman told reporters on Friday, noting the retired three-star general’s previous experience with the White House body, as well as the State Department, the Pentagon and the Joint Staff.

An armor officer by training, Wolff spent almost a decade in Germany and did three tours in Iraq between 2003 and 2010, including with the Coalition Military Assistance Training Team. His final assignment before retirement in February 2014 was as director of strategic plans and policy (J-5) for the Joint Staff, for more than two years.

Wolff then joined the Near East South Asia Center for Strategic Studies (NESA), an outfit at the National Defense University, but took a sabbatical in November 2015 to serve the Obama administration as the deputy special envoy to the Global Coalition to Counter ISIL (aka Islamic State, ISIS).

“His experience as the deputy for the Defeat [IS] Coalition will be amazing in making sure this coalition maintains momentum,” one official told CNN.


Word of his appointment comes a day after Biden announced he would send another $800 million in weapons and ammunition to Ukraine, including 72 towed artillery pieces to complement the 18 sent out previously. This has nearly depleted the congressional authorization for $3.5 billion in weapons from US inventory, the White House said on Friday, adding that Biden will be asking for additional funds next week.

Senators Dick Durbin (D-Illinois), Jeanne Shaheen (D-New Hampshire), Rob Portman (R-Ohio) and Roger Wicker (R-Mississippi) praised Wolff’s appointment on Friday, describing it as Biden’s response to their request to do so, made in a letter last week.

It was not clear whether Wolff, in his capacity as the deputy envoy to the anti-IS coalition, had a hand in US programs to send massive quantities of weapons to Syrian militants, whether the Kurdish-led SDF militia or what the US government called “moderate rebels” – groups affiliated with Al-Qaeda that sought to overthrow the government in Damascus.

Current Defense Secretary Lloyd Austin was an army general in charge of Central Command at the time, and testified to Congress about the lackluster results of the weapons program in October 2015. He later lobbied to restart the effort, asking for $600 million worth of funding in 2016. Subsequent US envoys to the coalition boasted about fueling a “quagmire” in Syria for Russia, which sent troops in 2015 to help Damascus against IS and other terrorists.


While the SDF presently controls a large portion of Syria, where around 2,000 US troops are present without international authorization, the “moderate rebels” have been reduced to an enclave in the north, under occupation by Turkish troops.

Russia has told the US and its allies that any weapons shipment to Kiev would be targeted for destruction, and last week sent a diplomatic note to Washington warning of “unpredictable consequences” if the deliveries continued.

Russia attacked the neighboring state in late February, following Ukraine’s failure to implement the terms of the Minsk agreements, first signed in 2014, and Moscow’s eventual recognition of the Donbass republics of Donetsk and Lugansk. The German and French brokered Minsk Protocol was designed to give the breakaway regions a special status within the Ukrainian state.