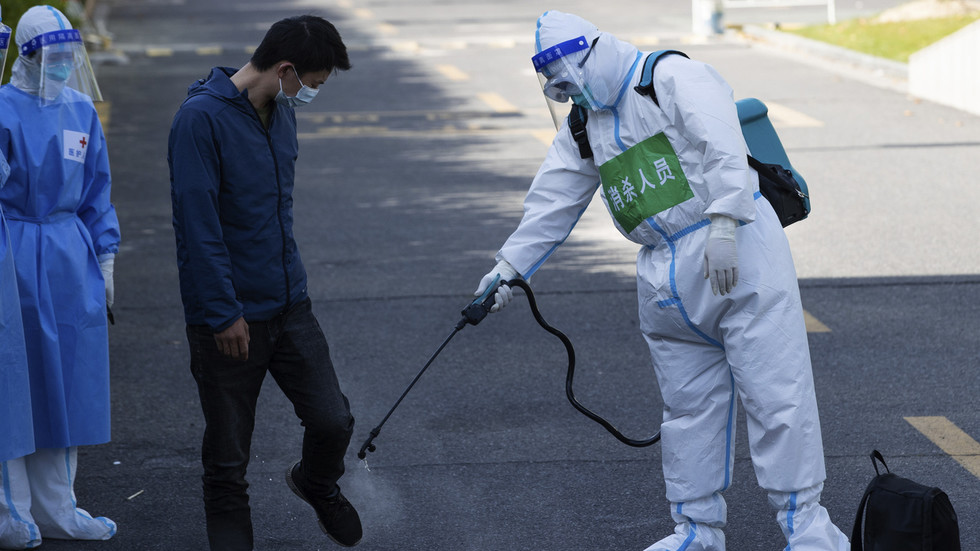 The US State Department has ordered diplomatic workers to vacate a consulate in China, citing a rise in coronavirus infections and new draconian containment measures. All American citizens have also been urged against traveling to the country.

An advisory issued on Monday called on all non-emergency workers to leave the US consulate in Shanghai “due to a surge in Covid-19 cases” as well as “the impact of restrictions” imposed by Chinese authorities in response.

Pointing to the government’s “zero-tolerance approach” toward the virus, which it said “severely impacts travel and access to public services,” the State Department went on to ask Americans to “reconsider” travel to the country, even warning that the restrictions could mean “the risk of parents and children being separated.”


The new restrictions include “residential quarantines, mass testing, closures, transportation disruptions” and lockdowns, the department added, noting that they are often “implemented with little warning,” and can “change very quickly.”

Though the Shanghai consulate has been closed to the public due to “local Covid-19 control measures,” it has remained staffed to provide emergency services to citizens in need. The State Department said last week that non-emergency staffers could leave voluntarily, but has now ordered their departure.

Beijing reacted harshly to the previous notice, with Foreign Ministry spokesman Zhao Lijan stating China was “strongly dissatisfied with and firmly opposed to the US side’s groundless accusation against China’s epidemic response.”

Shanghai has emerged as one of China’s major Covid-19 hotspots in recent weeks, registering a record-high of 26,087 new infections on Sunday, though just 914 were symptomatic, according to local officials. More than 12,000 medics have been deployed to the metropolis from other regions – including 2,000 from the military – amid a new mass-testing initiative, while new quarantine centers have been created for those who screen positive. The government initially imposed partial lockdowns on the massive city of 26 million before extending the policy to a full stay-at-home order, but authorities say the measures will be gradually lifted in the coming weeks.