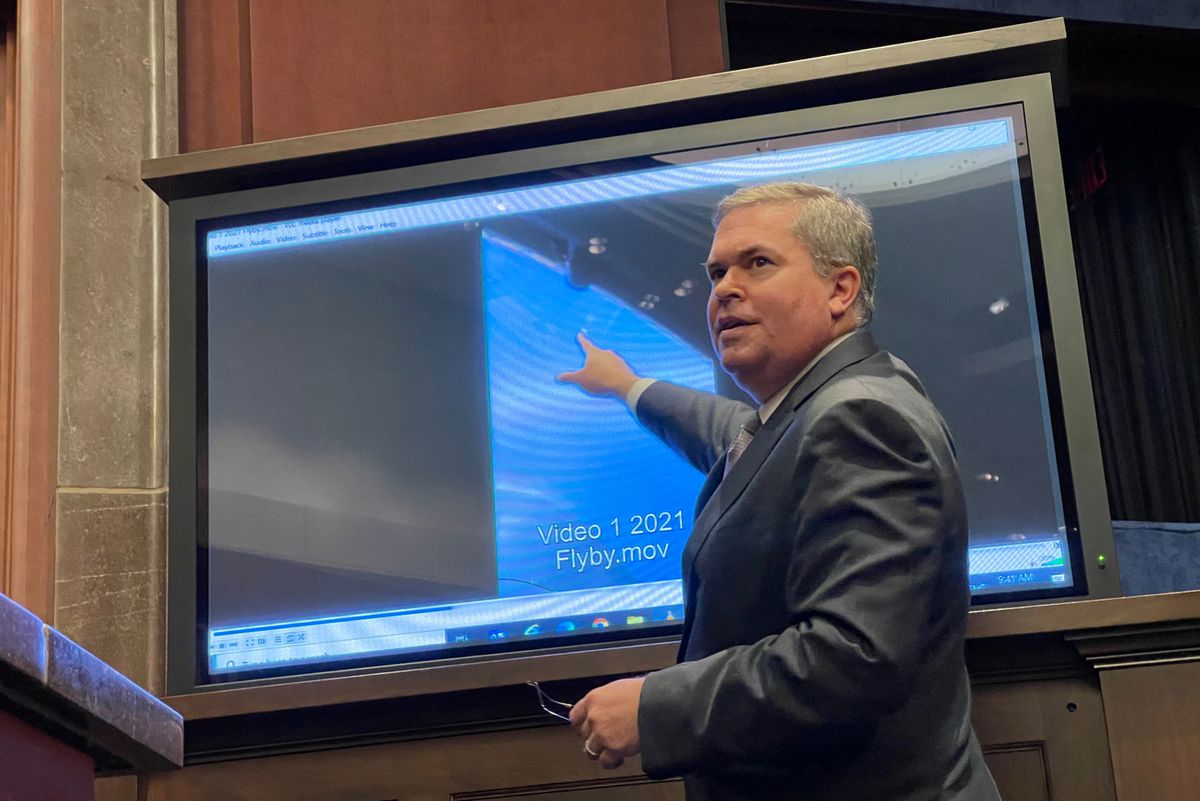 In his 1996 movie Mars Attacks! director Tim Burton imagined an alien walking into the US Capitol to address a few words to the members of Congress. The ambassador from another planet takes the podium, then eliminates all the lawmakers with a raygun. Almost 30 years later, in the halls of that same institution, the United States government has admitted that there are secrets in the heavens that it cannot explain. At a hearing before the House Intelligence Committee on Tuesday, officials shared the information collected in recent years about unidentified flying objects (UFOs) and other unexplained aerial phenomena.

Scott Bray, Deputy Director of Naval Intelligence, told committee members that since the early 2000s there has been a significant increase in reports of unidentified or unauthorized aircraft and objects in military areas. “Reports of sightings are frequent and continuing,” said Bray, noting this could be due to a growing amount of quadcopters, drones, balloons and other types of “airborne clutter.” Technological advances have also made it possible to have more detailed images of these objects.

The US armed forces have also been working to eliminate the stigma surrounding these types of sightings, which were previously not shared for fear that the pilots would be viewed as crazy. “We want to go from an anecdotal or narrative-based approach to a rigorous, science, technology and engineering-focused study,” he said, mentioning that he had recently received a call from a senior Navy pilot with over 2,000 flight hours who informed him about a sighting. “The message is now clear: if you see something, you need to report it.”

Bray shared one of these videos, captured from the cockpit of a jet in real time. Over the blue sky, next to the aircraft, an object that looks like a shiny metallic sphere zooms by at high speed. It lasts only a moment. “In many cases, this is all that goes into a report. In many other cases we have far less than this, ”said the intelligence official. The Navy has almost 400 reports of this type of sighting in its database.

In 2021, the Office of the Director of National Intelligence published a long-awaited report admitting that the main military and espionage agencies lacked the elements to explain 142 sightings made between 2004 and March of last year. “The limited amount of high-quality reporting on unidentified aerial phenomena (UAP) hampers our ability to draw firm conclusions about the nature or intent of UAP,” said the document.

In another video, lawmakers observed other images captured “several years ago” by military personnel off the US coast. Through night vision goggles placed over a single lens reflex (SLR) camera, a bright triangle is seen with a flashing light. “This remained unresolved for several years,” the official explained. Years later, off a different coast, US Navy personnel, again through night vision goggles and an SLR camera, observed a similar object. After analysis, the official conclusion was that the figure was an unmanned aerial system observed in the area and the triangular appearance the result of light passing through the night vision goggles and entering the SLR camera. “I don’t mean to suggest that everything we observe is identifiable, but this is a great example of how it takes considerable effort to understand what we’re seeing,” he pointed out.

In June of last year, the US government announced five categories to help explain these phenomena. One is airborne clutter, a category including birds, balloons, recreational unmanned aerial vehicles or airborne debris like plastic bags. The second is natural atmospheric phenomena such as ice crystals, moisture or thermal fluctuations. The third encompasses developments and classified programs by US entities, while the fourth includes similar technology developed by foreign adversaries. The fifth category is a catch-all “Other” for objects that require further scientific advances in order to understand them.