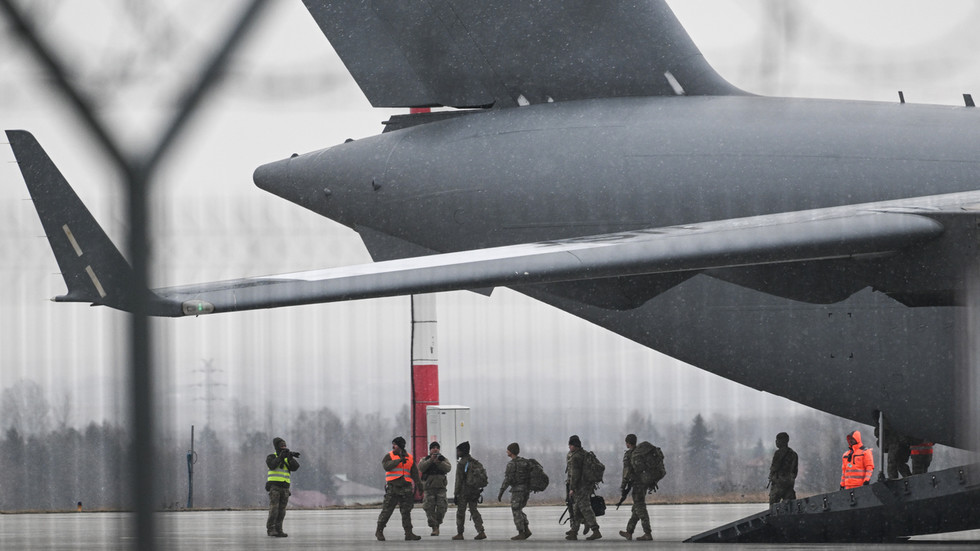 White House National Security Advisor Jake Sullivan issued grave warnings about Russia and Ukraine on Sunday, but insisted that US forces being deployed to Europe have “not been sent to fight Russian forces in Ukraine.”

During an appearance on ABC’s ‘The Week’, Sullivan echoed the statements of other US officials by claiming a Russian invasion of Ukraine could happen as early as tomorrow, despite Moscow repeatedly denying allegations that internal troop movements were preparing for a potential conflict.

Sullivan insisted, however, that sending 1,700 US troops to Poland, part of a 3,000-strong deployment to Europe, was not a move to escalate tensions in the region – something Ukraine itself has accused the West of doing in recent weeks.

The deployed forces, Sullivan said, have “not been sent to fight Russian forces in Ukraine.” They are there to “defend our NATO allies” and to send a “clear message” to Russia that “aggression” against those allies will be met with a “stiff response,” he stated.

Sullivan claimed there is a “very distinct” possibility that Russia will invade Ukraine, maybe even “as soon as tomorrow.”

Kiev has cautioned against rhetoric on the possibility of a conflict breaking out in eastern Ukraine, where the country’s troops have been locked in a standoff with the two self-proclaimed republics of Donetsk and Lugansk since 2014. Ukrainian presidential adviser, Mikhail Podolyak, said in a Sunday statement that the “chance of finding a diplomatic solution for de-escalation” is “substantially higher” in the region than “further escalation.”

Thousands of troops were ordered to Poland, Germany, and Romania this week by Biden in response to fears of Russian aggression against Ukraine. US officials have insisted that Russia has 70% of its forces in place for an attack, though Kremlin officials have denied this and accused the US of escalating tensions with the deployment of troops to Eastern Europe.

“It’s obvious that these are not steps aimed at de-escalating tensions but, on the contrary, they are actions that lead to increasing tension,” Kremlin spokesman Dmitry Peskov said this week.