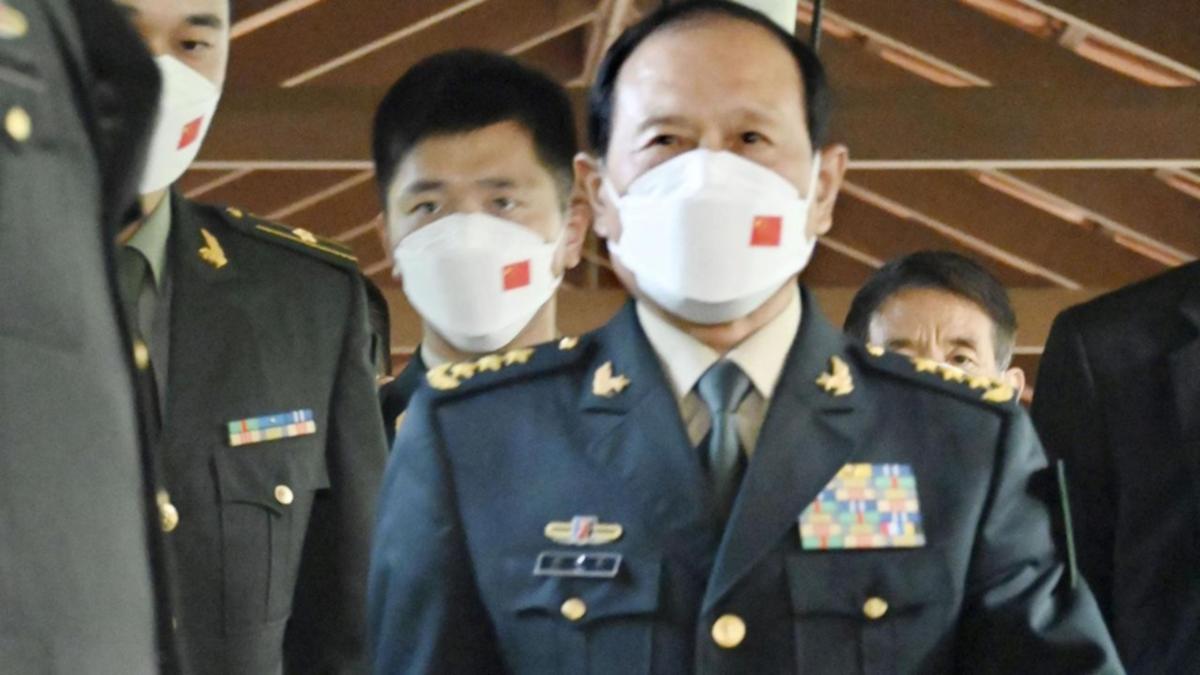 The defence chiefs of China and the United States have held face-to-face talks in Singapore, with both sides standing firm on their opposing views over Taiwan’s right to rule itself.

Relations between China and the United States have been tense in recent months, with the world’s two largest economies clashing over everything from Taiwan and China’s human rights record to its military activity in the South China Sea.

US Defence Secretary Lloyd Austin and Chinese Minister of National Defence General Wei Fenghe met in Singapore on Friday for nearly an hour, double the time initially allotted for the meeting.

It was the first face-to-face meeting between the pair since US President Joe Biden took office last year, although they spoke by phone in April.

Wei said the talks “went smoothly”. A Chinese defence ministry spokesman later said Wei reiterated Beijing’s firm stance on Taiwan, which is that it is part of China.

Austin called on China to “refrain from further destabilising actions” on Taiwan, a US statement issued after the talks said.

China, which claims democratic Taiwan as its own territory, has increased military activity near the island over the past two years, responding to what it calls “collusion” between Taipei and Washington.

A Chinese fighter aircraft dangerously intercepted an Australian military surveillance plane in the South China Sea region in May and Canada’s military has accused Chinese warplanes of harassing its patrol aircraft as they monitor North Korea sanction evasions.