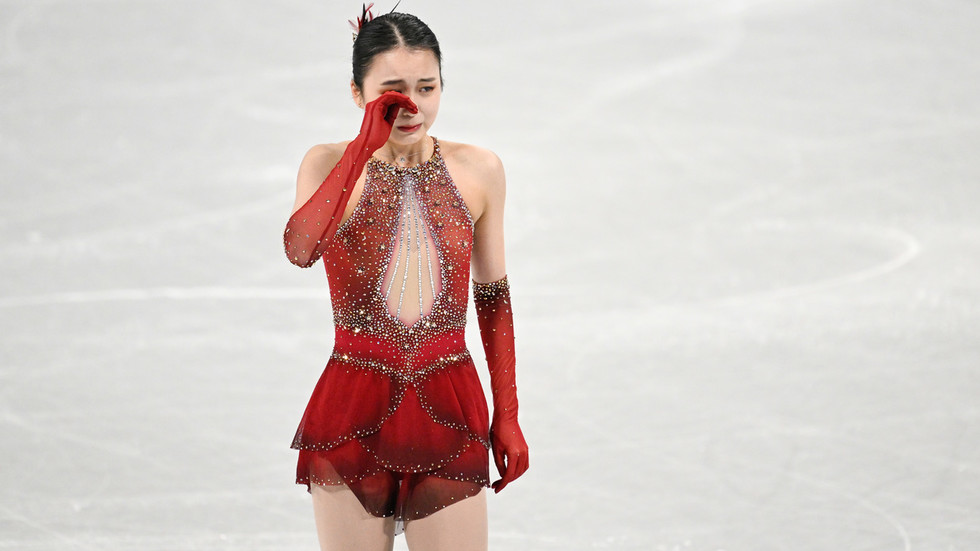 The Californian-born figure skater Zhu Yi, who was previously known as Beverly Zu, was left in tears after falling during her latest performance on the ice in Beijing – after she gave up her US citizenship to compete for the Winter Olympics host nation.

Zhu, 19, had previously been called a “disgrace” on Chinese social media after an abject performance over the weekend knocked the Chinese team down the rankings from third to fifth, finished with the lowest points score after failing to land a jump and falling to the ice.

She also make another mistake in a subsequent jump later in her routine.

Zhu’s performances have incited anger among some on China’s Weibo social network – with the tag ‘Zhu Yi has fallen’ reportedly rising to around 200 million views just hours after her latest mishap.

“Please let her learn Chinese first, before she talks about patriotism,” appeared one Weibo message, via translation.

“Zhu Yi, how ridiculous your performance is! How dare you skate for China? You cannot even hold a candle to an amateur!” wrote another.

The scorn, though, hasn’t been unanimous, with some Chinese viewers noting their empathy for the teenager.

“As long as she represents China, or no matter which country she represents, even though she fell down, we have to be tolerant,” a Chinese national told Reuters.

“There should be no politicization and narrow-mindedness to treat this matter, sportsmanship must come first.”


This opinion was matched by a high-profile media figure in China. Hu Xijin, the former editor of the Global Times, said that the rush to judgment by Chinese citizens doesn’t reflect well on the country.

“I hope that some people will stop humiliating themselves and our country without any bottom line,” said Hu.

The criticism of Zhu comes amid a charged public debate about the foreign-born athletes being drafted into the Chinese Winter Olympic team, with the country’s ice hockey team currently having players born outside of China in its ranks.

Zhu, meanwhile, has faced criticism in China since her 2018 decision to cut ties with the United States, with her lack of mastery of the Mandarin language often being cited in criticism – with her poor opening performances seeming to have reinforced a debate as to why she was selected over an athlete born in China.