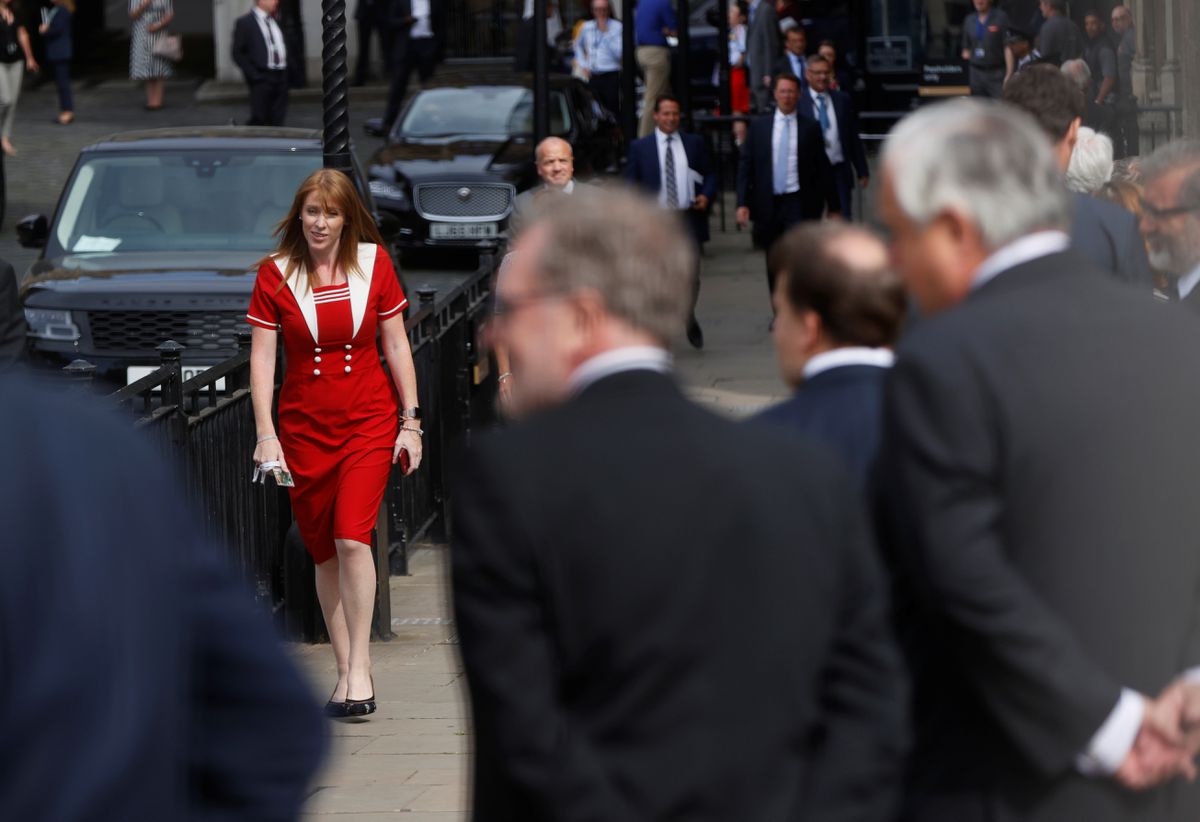 British politics orbits around a powerful magnet that makes it go from the sublime to the petty at the tune of the headlines of any of the country’s tabloid newspapers, especially if it is the Daily Mail or its Mail on Sunday edition. For weeks now, the United Kingdom has been sublime about its determined support for Ukraine in the international arena. The petty part is divided between the prohibited parties of Downing Street during the Covid-19 confinement and the episodes of sexism and inappropriate behavior within the Conservative and Labour groups in parliament reported in recent days.

Neil Parish, a Conservative member of parliament since 2010, was suspended from the party on Friday following earlier reports that an unnamed member of the party had watched pornography on his phone in the House of Commons debating chamber, the news agency Reuters reported. “Having spoken to the chief whip this afternoon, Neil Parish MP is reporting himself to the Parliamentary Commissioner for Standards,” the spokesperson said. “Mr Parish has been suspended from the Conservative Whip pending the outcome of that investigation.”

Meanwhile the Mail’s political correspondent, Glen Owen, this weekend published a story that bordered on the ridiculous, with the following headline: Tories accuse Angela Rayner of ‘Basic Instinct’ ploy to distract Boris. The Tories are the members of the Conservative Party. Rayner is Angela Rayner, 42, deputy leader of the Labour Party. She had the first of her three children at the age of 16, she comes from a humble background and has experience as a social worker and trade unionist. Rayner also has an overwhelming political charisma and a strong sense of belonging to the left. She was deputy leader of the Labour Party under Jeremy Corbyn and the current leader of the opposition, Keir Starmer, kept her on despite the difference in character that exists between the two. The Basic Instinct ploy alluded to in the headline is actress Sharon Stone’s legendary uncrossing and crossing of legs that probably holds the record for the most often paused scene in movie history. Boris, of course, is Boris Johnson.

“She knows she can’t compete with Boris’s Oxford Union debating training, but she has other skills which he lacks,” an anonymous member of parliament allegedly told the journalist. This MP achieved the triple feat, in a single sentence, of presenting the prime minister’s entourage as a group of elite school brats; of showing off an outdated machismo; and of questioning Johnson’s ability to focus in front of a pair of legs. The sentence brings to mind the dimwitted expression of the overweight policeman who interrogated Stone in the famous thriller, rather than the alleged malice of the female character. “Women who enter politics face sexism and misogyny every day, and I’m no different, “ Rayner replied on the same Sunday through her Twitter account. “This morning’s is the latest dose of gutter journalism, courtesy of the Mail on Sunday,” she added.

The issue has outraged male and female politicians across the political spectrum to the point of being raised during question time on Wednesday. Johnson himself, who never misses an opportunity to display his erudition even when he is doing the right thing, promised to unleash “the terrors of the Earth,” like Shakespeare’s King Lear, against the anonymous lawmaker who made the comment. “I have to say I thought it was the most appalling load of sexist, misogynist tripe. I immediately got in touch with Angela and we had a very friendly exchange,” the prime minister told reporters.

The speaker of the House of Commons, Lindsay Hoyle, fell into the beginner’s trap of trying to force the newspaper to reveal its sources and unmask the unnamed lawmaker. The editor of the Mail on Sunday, David Dillon, refused to go to Westminster to meet with Hoyle, because journalists “should not take instruction” from the authorities of the House of Commons. And Johnson, a former journalist, sided with that view. A Downing Street spokesman went on to suggest that the prime minister was “uncomfortable” with the idea of journalists being “summoned” to explain editorial decisions to politicians.

The week began with a collective act of contrition among British lawmakers for the sexism that still pervades Westminster culture. Two female lawmakers from the Conservative Party on Tuesday reported seeing a male colleague watching porn on his cellphone during the debate sessions in the House of Commons. The accusation was brought during a meeting of the so-called Group 2022, which brings together female lawmakers who sit in both chambers to promote greater gender balance in parliament. “After hearing the complaints about inappropriate behavior in the House of Commons, the head of the parliamentary group has demanded that the matter be brought before the parliament’s Independent Complaints and Grievance Scheme (ICGS) for investigation.

The ICGS was established three years ago in response to the MeToo movement against sexual harassment and abuse, and 56 lawmakers have been reported since then. The Attorney General, Suella Braverman, told the BBC on Thursday that this number represents a minority among the 650 members of parliament (425 men, 225 women). “There is however a very small minority of men who fall short – and there are some bad apples who are out of order, who behave like animals and are bringing Parliament into disrepute.”

The debate did not exclusively affect conservatives. A Welsh lawmaker for the Labour Party, again unnamed, has accused a party leader of describing her as a “secret weapon” and telling her that her success in politics was due to the fact that “all men want to sleep with you.” The main opposition party has also opened a formal investigation to find the lawmaker.