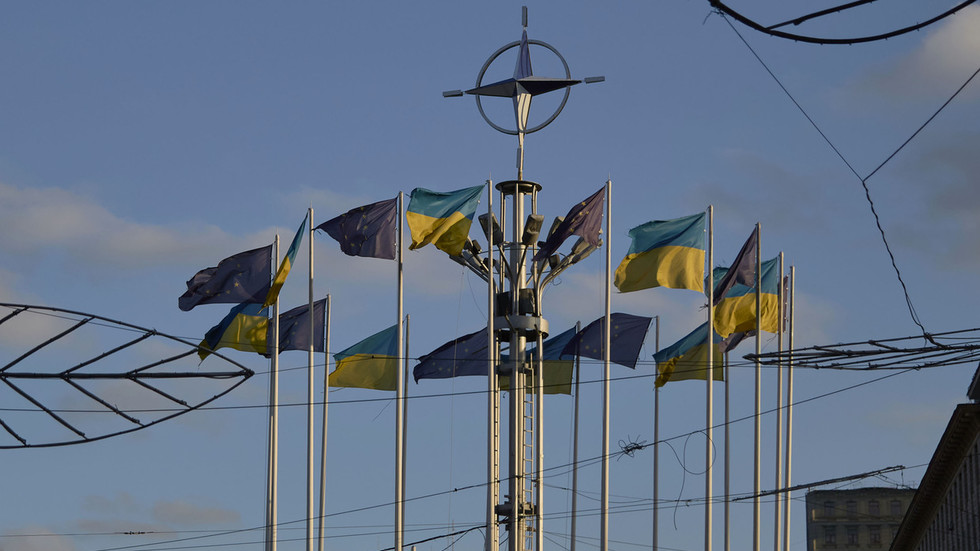 Ukraine’s ambassador to the UK Vadym Prystaiko appeared to allow a possibility that Kiev gives up its long-standing bid of joining the US-led NATO for the sake of preventing a major conflict with Russia, while admitting that such a proposition would go against his country’s principal law.

Asked by BBC Radio 5 Live presenter Stephen Nolan on Sunday if his country might “contemplate not joining NATO” to avert a war, Prystaiko responded: “We might, you know, especially [having] been threatened like that, blackmailed by that, and pushed to it.”

Prystaiko then appeared to indicate that some representatives of the military block have also rallied behind that option. “You know, we will sometimes hear voices from NATO that guys, maybe, really, we will be able to avoid…,” the ambassador said, trailing off in mid-sentence.

🗣️”We are trying to find the best way out.”Ukraine’s ambassador to the UK Vadym Prystaiko has told @StephenNolan his country might agree not to join @NATO if it would avert war with Russia.It would mean the country abandoning a goal written into its constitution.🎧⬇️

However, Prystaiko then went on to lament the fact that Ukraine is not part of any military alliance already unlike some other countries bordering Russia. He noted that Kiev will have to face the music alone if a similar crisis like the one that is happening now spirals into a military conflict.

“We will again stay unprotected by anybody, by any friends, not being a member of any alliance, when everybody, all the neighbors of ours, are already in the organization,” the diplomat said, referring to Poland, the Slovak Republic, Romania, Bulgaria and Turkey. He argued that these countries’ status as NATO member states “did not change the security of Russia”, insisting that “addition” of Ukraine won’t change it either.

Asked by Nolan to clarify his remark on NATO so that it is not “lost in translation,” Prystaiko appeared to reaffirm that Kiev might reconsider its aspirations to join the block, but admitted that by saying so he goes “a bit against” the constitution of Ukraine, which since 2019 includes a provision making membership in NATO a strategic goal for the government.


“What I’m saying here is that we are flexible, trying to find the best way out. If you have to go through some serious concessions, that’s something we might do, that’s for sure,” the ambassador concluded.

Moscow has repeatedly sounded the alarm over NATO’s expansion eastward, referring to Romania, for instance, as a “NATO outpost” and an “outright threat” to Russia’s security after Bucharest agreed to host elements of NATO’s anti-missile system on its territory. Russia’s security proposals, unveiled in December and aimed at boosting stability in Europe, envision the withdrawal of foreign forces, equipment and weapons from the former Warsaw Pact states that joined NATO after 1997, including from Bulgaria and Romania. One of the core Russian demands is that Ukraine never becomes a member of the military block – something that Kiev until now has given no indication it might consider.

Washington and NATO have earlier rejected Russia’s key demands for written guarantees that the US-led military bloc will not expand closer to its border, while NATO Secretary General Jens Stoltenberg has said that the Kremlin has “no veto” on Kiev’s NATO bid.