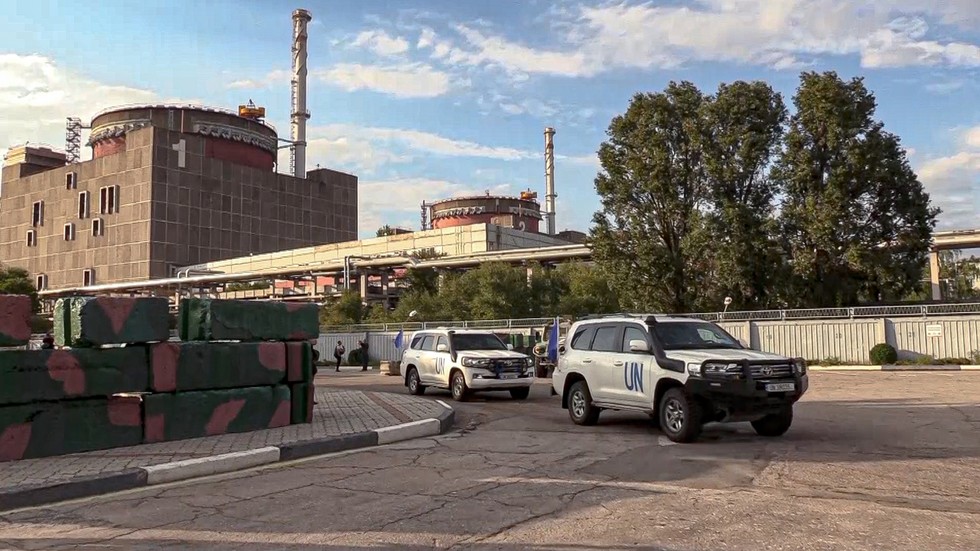 Ukrainian artillery targeted the Zaporozhye nuclear power plant and the city of Energodar again, local military-civilian administration member Vladimir Rogov said shortly before midnight on Friday, with at least one heavy projectile allegedly hitting between reactors two and three. The attack comes after Ukraine’s military admitted to bombing the area for the first time and a failed attempt by Kiev’s commandos to seize the plant while UN inspectors were visiting.

Four rounds impacted the area of the Zaporozhye NPP, Rogov said on Telegram, three of which struck about 400 meters to the east. The shelling has cut the main power line along the Dnieper river, so the ZNPP is having to divert power for its own operational needs, he added.

The power plant was back to normal operation by 2 am local time, with two of the reactors running, RIA Novosti reported citing local officials.

The renewed attack comes after the departure of the main International Atomic Energy Agency (IAEA) mission, which visited the plant on Thursday. However, IAEA director Rafael Grossi told reporters on Friday that six of the agency’s experts stayed behind in Energodar. Four of them will return after the weekend and two will remain as a “permanent presence” at the ZNPP, Grossi said after landing in Vienna.


“If something happens or if any limitation comes, they are going to be reporting it to us. It’s no longer a matter of A said this and B said the contrary,” Grossi said. “For those who may have intentions on the plant, knowing that international inspectors are there, witnessing and informing immediately what is happening, has, I think, an inherent very important stabilizing effect.”

Meanwhile, the Ukrainian General Staff admitted for the first time that Kiev’s troops have targeted the area of the nuclear power plant. In an official briefing on Friday they claimed to have destroyed three Russian artillery systems “in the areas of the settlements of Kherson and Energodar.” Previously, Kiev claimed that Russian troops stationed in the area were staging false-flag attacks to make Ukraine look bad.

According to Russian Defense Minister Sergey Shoigu, there have been 29 attacks against the Zaporozhye facility since July 18, involving 120 artillery projectiles and 16 kamikaze drones.


On Thursday, as the IAEA mission approached the plant, a group of Ukrainian commandos landed in Energodar using boats and tried to take over the facility. Both the initial wave and their reinforcements were eliminated by Russian troops, Moscow said.

Ukrainian President Vladimir Zelensky complained on Friday that Grossi had not demanded the demilitarization of the Zaporozhye NPP and its surroundings, calling it “the key security point of our agreements.” Meanwhile, his adviser Mikhail Podolyak told Ukrainian media that no international organization, including the IAEA, ought to be trusted.