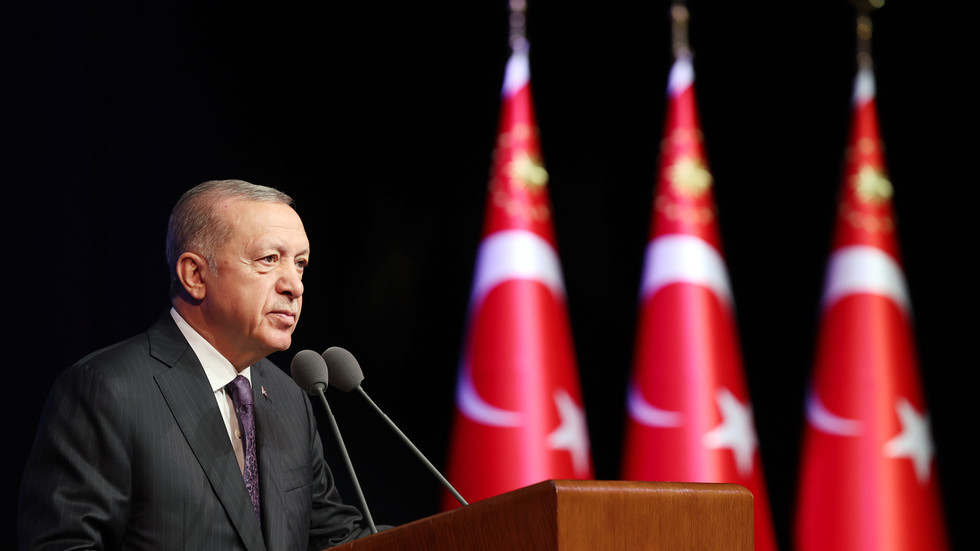 Turkish President Recep Tayyip Erdogan has urged Greece to stop its alleged military buildup in the Aegean islands, threatening its neighbor and fellow NATO ally with a “heavy price” that it might end up paying.

“Your occupying the islands does not bind us. When the time, the hour, comes, we will do what is necessary,” Erdogan said in a speech on Saturday in northern Samsun province.

The Aegean islands, once ruled by the Ottoman Empire, were given to Greece under 1923 and 1947 treaties. Ankara has repeatedly accused Athens of pursuing a military buildup on the islands, insisting that Greek sovereignty over them was conditional on their demilitarized status. Greek Prime Minister Kyriakos Mitsotakis, however, has dismissed Turkish attempts to question the sovereignty over the islands as “absurd.”

Erdogan pointed to the history of conflicts between the two countries, namely to the 1919-1922 Greco-Turkish war. The war resulted in a major victory for Ankara, while Athens had to cede the territories it received through partition of the crumbled Ottoman Empire to the Turkish Republic that emerged in its place.


“Look at history, look back at history, if you go too far, the price will be heavy. We have only one sentence for Greece, do not forget Izmir,” Erdogan said, apparently referring to the 1922 battle of Izmir (known as the city of Smyrna back then).

The battle resulted in the expulsion of the Greek troops from Asia Minor – and a major fire that largely destroyed the city. Many historians believe the blaze was started deliberately by the Turkish troops to purge the local ethnic Greek population.

The hostile remarks have not escaped Athens, with the Greek Foreign Ministry stating it would not partake in the “outrageous daily slide” of threats shown by Turkey. Instead, the ministry promised to raise the issue of Turkish hostile statements with the US-led NATO bloc.

“We will inform our allies and partners on the content of the provocative statements … to make it clear who is setting dynamite to the cohesion of our alliance during a dangerous period,” the foreign ministry said.

The new tensions between the two neighboring countries come as Turkey accused Greece in late August of locking its Russian-made S-300 air defenses onto two Turkish jets on a routine flight above neutral waters. Greek military sources, however, have denied the incident, telling local media that none of the country’s air defenses had been activated on the day of the alleged incident.