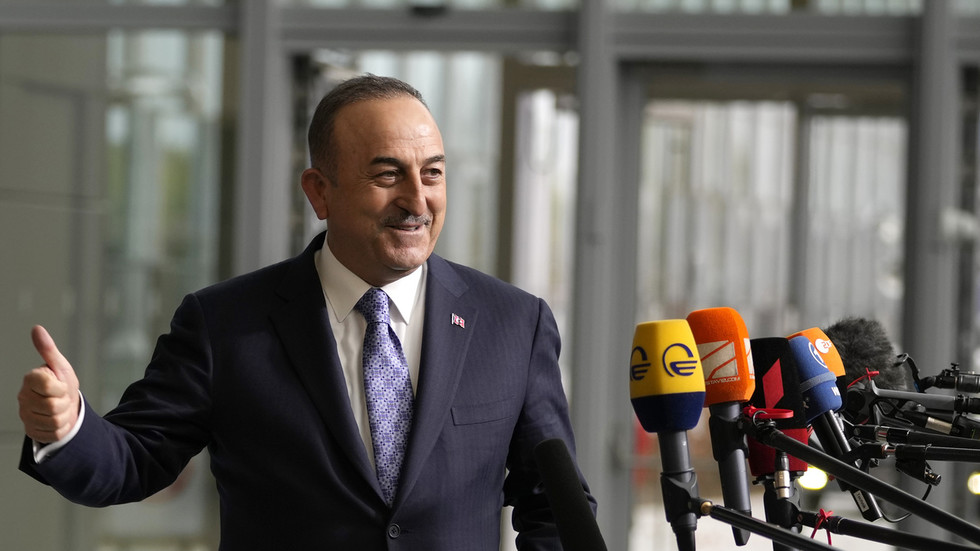 Turkey wants to negotiate an end to the conflict in Ukraine, while some other NATO members would like to see it drag on as a way to harm Russia, Ankara’s Foreign Minister Mevlut Cavusoglu said on Wednesday in a TV interview. In a lengthy appearance on CNN Turk, Cavusoglu addressed Turkey’s decision not to sanction Moscow and why the Istanbul talks between Russia and Ukraine failed, among other things.

“There are countries within NATO that want the Ukraine war to continue. They see the continuation of the war as weakening Russia. They don’t care much about the situation in Ukraine,” Cavusoglu said.

While he did not name any names, US President Joe Biden said earlier this month that the conflict in Ukraine “could continue for a long time,” which was echoed by the former CIA chief of Russian operations.

German Chancellor Olaf Scholz said after a phone call with G7 leaders on Tuesday that the West is united in not allowing Russia to win and determined to “continue to arm the Ukrainian military so that it can continue to defend itself against [Russian] attack.”


Turkey has decided not to join the US-led sanctions against Russia because they are unilateral, unlike the “binding sanctions decided at the UN,” Cavusoglu told CNN Turk. Ankara articulated its position on the first day of the Ukraine conflict, which is to continue diplomatic contacts with both sides, as “a country that both sides trust.”

While Turkey did not expect much after the first Russia-Ukraine talks in Antalya, “hopes were high” after the follow-up talks in Istanbul, Cavusoglu revealed. However, Ukraine backtracked from the agreement reached there after images of the alleged massacre in Bucha, which Kiev blamed on Russian troops. Moscow has denied the allegations.

“Nobody agrees with Zelensky’s request for NATO’s Article 5 guarantees,” the minister said, referring to the alliance’s famous mutual defense clause. “No country has accepted this proposal. The US, UK and Canada do not accept this either. Of course, Turkey does not accept this. In principle, no one opposes this guarantee, but the terms of it are not clear.”

Russia attacked the neighboring state in late February, following Ukraine’s failure to implement the terms of the Minsk agreements, first signed in 2014, and Moscow’s eventual recognition of the Donbass republics of Donetsk and Lugansk. The German and French brokered protocols were designed to give the breakaway regions special status within the Ukrainian state.