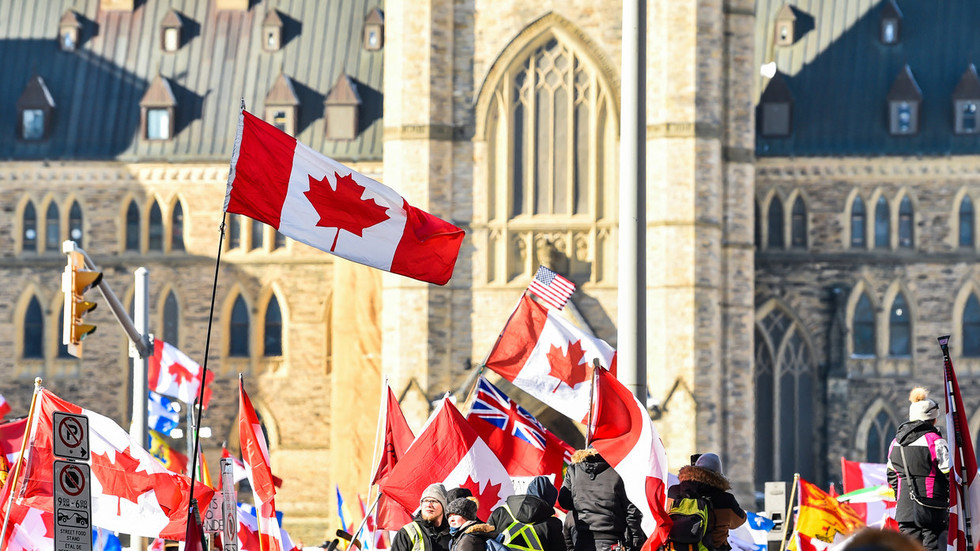 Canadian Prime Minister Justin Trudeau has claimed the tuckers that continue to protest against Covid-19 restrictions in Ottawa are trying to “blockade” democracy and harass locals with “violent” imagery.

During a speech in Parliament’s House of Commons on Monday – which has been surrounded by protesters since January 28 – Trudeau argued that demonstrators against Covid-19 restrictions pose a dangerous threat to the public as well as the state, just a day after the city of Ottawa declared a state of emergency.

“Individuals are trying to blockade our economy, our democracy, and our fellow citizens’ daily lives. It has to stop,” Trudeau declared, adding that “the people of Ottawa don’t deserve to be harassed in their own neighborhoods.”

“Individuals are trying to blockade our economy, our democracy and our fellow citizens’ daily lives. It has to stop,” said PM Justin Trudeau on the anti-COVID-19 measures protests. “The people of Ottawa – indeed people across the country – deserve to have their safety respected.” pic.twitter.com/hPG8tOzAQT

In apparent reference to isolated incidents of hate symbols, including neo-Nazi paraphernalia, spotted at the protest, Trudeau said that the people of Ottawa “don’t deserve to be confronted with the inherent violence of a swastika flying on a street corner, or a Confederate flag, or the insults and jeers just because they’re wearing a mask.”

“That’s not who Canadians are. That’s not what Canadians demonstrated over the past two years of consistently, continually being there for each other,” he continued. “The people of Ottawa – indeed people across the country – deserve to have their safety respected and deserve to get their lives back.”

The Prime Minister revealed that 300 Royal Canadian Mounted Police had been deployed to assist Ottawa Police against the protesters and that the government would be “convening a table with the relevant federal and municipal partners to further strengthen our response.”

On Sunday, Ottawa Mayor Jim Watson declared a state of emergency and called the protest a “serious danger and threat to the safety and security of residents.”

Ottawa Police have also been working to shut the protest down, issuing over one hundred tickets to truckers in the city, suspending licenses, and seizing fuel, while also threatening to arrest anyone who provides the protesters with “material support.”

While interviewing protesters in Ottawa on Monday, RT America’s John Huddy observed that the demonstration looked more like a winter carnival than an ‘occupation’, with inflatable castles for children, dancing, and music.