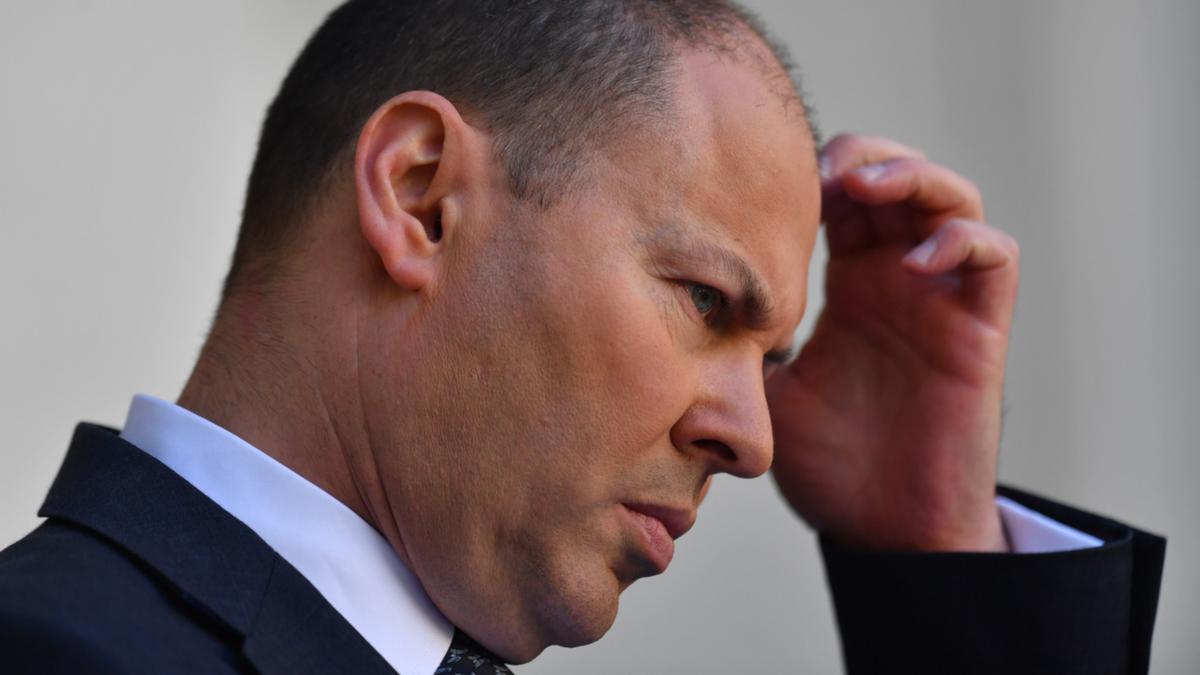 Treasurer Josh Frydenberg is at a serious risk of losing his seat and being booted out of parliament according to a shock new poll.

Support for the man many people think could be the Liberal Party’s next leader and a future prime minister appears to have slumped less than two weeks from the federal election.

Watch the video above for more on the shock poll result

According to a YouGov poll released on Wednesday, Frydenberg is trailing Independent candidate Monique Ryan by 53-47 on a two-party-preferred basis in the blue-ribbon seat of Kooyong.

The poll indicates the primary vote for the Treasurer has fallen to 38 per cent, meaning Ryan could take the Melbourne seat if Labor’s preferences flow towards her as expected.

The result will send shockwaves through the Liberal party as it sets up Defence Minister Peter Dutton to become the party’s next leader should Frydenberg not be re-elected and Scott Morrison choose to stand down if he loses government.

Dr Ryan, a surgeon, is one of multiple “teal independents” who are standing against Liberal MPs in key seats during the federal election.

They are campaigning mostly on climate change and integrity in politics.

The YouGov poll does offer a glimmer of hope for the Coalition, with suggestions most of those independents are set to fail in their attempts to win a seat.

While Frydenberg in Kooyong and Tim Wilson in Goldstein are likely to be sent packing, sitting MPs in the Sydney seats of Wentworth, North Sydney and McKellar do not appear to be at risk.

The poll result comes ahead of the third and final leaders debate between Prime Minister Scott Morrison and Labor Leader Anthony Albanese LIVE on Channel Seven and 7Plus at 9:10pm on Wednesday night.

In an Australian television first, the broadcast will feature “The Pub Test” to determine the winner.

Seven has commissioned a specialist research firm to scrupulously select a panel of approximately 150 undecided voters who will judge the debate and cast their votes live from pubs in seven marginal seats around the country.

7NEWS Political Editor Mark Riley will moderate the live debate as both leaders square off for the final time before Australians head to the polls for the Federal Election on Saturday 21 May.