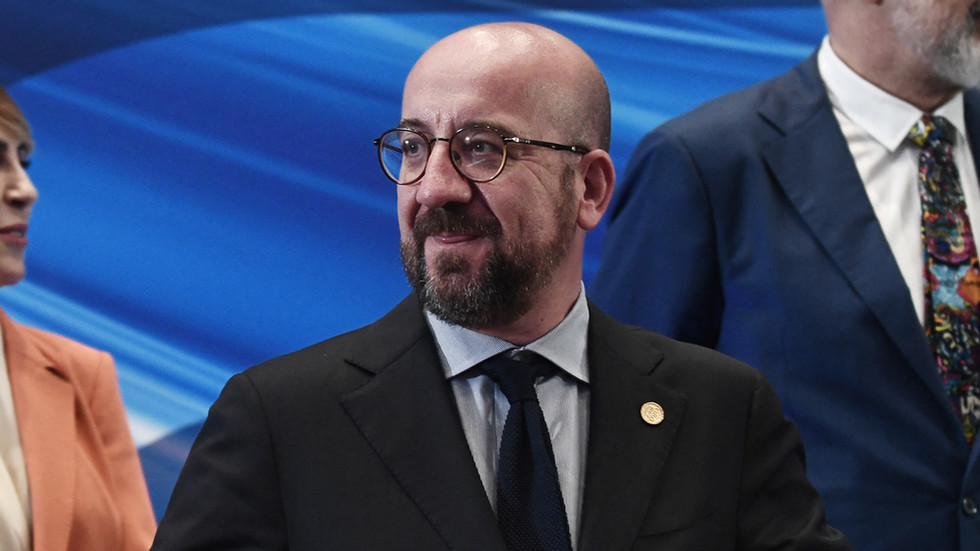 The European Council president does his best to spin an anti-Russian narrative, but it falls apart upon a closer look

Earlier this week, the Russian Ambassador to the United Nations National Security Council Vassily Nebenzia walked out of an “address on peace and security in Ukraine” by European Council President Charles Michel. “You may leave the room. Maybe it’s easier not to listen to the truth, ambassador,” the top EU official smugly retorted. But was Michel actually telling the truth in his prepared remarks?

The specific comments widely portrayed by the press as having sparked Nebenzia’s walkout blamed Russia for a looming global hunger. “Russia is solely responsible for this food crisis, Russia alone. Despite the Kremlin’s campaign of lies and disinformation. I have seen it with my own eyes. A few weeks ago in Odessa, millions of tons of grain and wheat stuck in containers and ships because of Russian warships in the Black Sea and because of Russia’s attack on transport infrastructure,” Michel said.

This assertion is contradicted by the presence of Russian ships reportedly seeking buyers for Ukrainian grain. Ukraine and its Western allies are accusing Russia of “stealing” the grain. Moscow rebuffs the accusations and claims that Kiev is obstructing shipments, with Foreign Minister Sergey Lavrov saying: “In order for it to leave the ports, Mr. [Ukrainian President Volodymyr] Zelensky must give the order, that’s all.”


So, on one hand, Western officials are peddling the narrative that Russia is causing a food crisis by blocking grain shipments. But they’re doing so while also complaining that Russia is busy shipping grain to mostly developing African countries in need of it – and qualifying the grain as “stolen.”

Look, do you want people to eat or not? Are people just supposed to starve while various officials squabble over who’s actually getting the food out of Ukraine? After all of the resource-rich countries whose natural resources have been selfishly co-opted in the wake of Western invasions, why is there so much handwringing over Moscow taking the initiative to deliver food products to other nations?

It doesn’t appear that Ukraine has much interest in doing so, even according to Kiev’s Foreign minister, who clearly defined that “the first priority is security; the second priority is security and the third priority – is security” and that “if this issue is not resolved, if our country is not safe, no grain will go anywhere. Because the issue of security is number one for us.”

Which sounds like Ukraine is weaponizing food for blackmail to ensure that the world is pressured into meeting its military and economic demands, whereas Russia is releasing the pressure valve by making deliveries. Yet Michel sees Russia as the bad guy, “using food supplies as a stealth missile against developing countries,” while the evidence could quite easily suggest the opposite.

Michel also accused Russia of “war crimes” and said that the EU was “now helping to collect the evidence of these crimes.” The Hague might want to call Michel to ask for its job back. Because I’m pretty sure that due process for alleged war crimes, which only The Hague Tribunal can adjudicate, doesn’t begin with a pre-ordained result or conclusion and then work backwards to support it. Michel also said that the EU welcomes “the International Court of Justice provisional measures ordering Russia to suspend military operations immediately.”

So, then what’s preventing EU member countries from stopping their own military operations – training and arming Ukrainian fighters – rather than pushing for peace?

The importance of objective due process is further underscored by Michel’s accusations against Russia. “As we speak, we hear reports of Russian forces wielding sexual violence as a weapon of war.” Actually, as you spoke, Charles Michel, Ukrainian lawmakers had just voted to fire their official, human rights commissioner Lyudmila Denisova, who had been spreading the most flagrant claims of sexual violence against Russian troops. Unfortunately, Michel apparently didn’t get the memo before he stood before the National Security Council and spewed this dubious information as fact without an ounce of the skepticism that even Kiev itself has shown on the issue.

He also said that the EU is “working to eradicate trafficking, to protect people fleeing the war” in Ukraine. Judging by the human trafficking situation in Libya, when the EU member countries and their allies aren’t creating opportunities for human traffickers by destabilizing countries, they’re busy trying to put out their own fires.

Michel’s UNSC address is the unfortunate outcome of wishful thinking, ideology, and a lack of self-awareness substituting for reasonable and measured consideration of objective reality. The fact that Western officials such as Michel are trying to drag their citizens into their carefully constructed hall of mirrors should fuel even more skepticism about their agenda.

The statements, views and opinions expressed in this column are solely those of the author and do not necessarily represent those of RT.