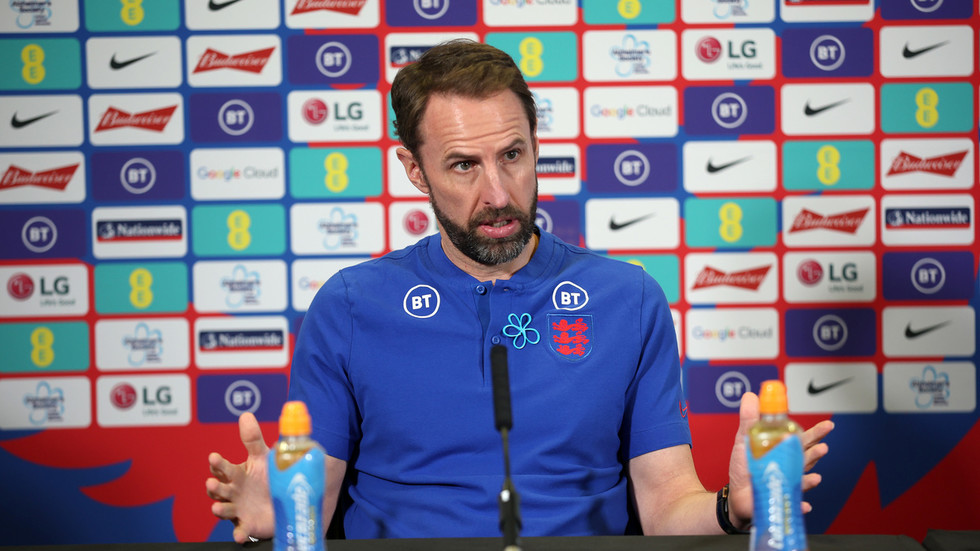 England national football team manager Gareth Southgate has suggested that a boycott of the 2022 World Cup would have little effect and will also come too late.

The Three Lions have already qualified for the FIFA tournament set to take place in November and December this year, and ahead of a friendly against Switzerland on Saturday, Southgate joined the likes of Germany stars Joshua Kimmich and Toni Kroos who have also gone on the record doubting the effect of such an action that many have made calls for.

“I don’t know what a boycott would achieve,” Southgate confessed. “It would be a big story but the tournament would still go ahead and the fact is that the biggest issues that are non-religious and non-cultural concern what happened with the building of the stadiums,” he added, in relation to the alleged 6,500 deaths of migrants building the grounds that will host the competition’s matches.

“And sadly there is nothing we can do about that now,” Southgate pointed out. “As soon as we entered this tournament we should have decided what stance we would take against Qatar.”

Gareth Southgate has questioned what England would achieve by boycotting this year’s World Cup due to human rights issues in Qatar. pic.twitter.com/eWfXRzWMfl

“Should we protest against them as a country or on a specific issue?” Southgate asked. “Because if it’s as a country, we are intertwined, as we have seen with Russia.”

“We have all sorts of investments with Qatar in this country. Are we all going to stop shopping at Sainsburys or protest against the Shard?” he offered, mentioning the famous British supermarket chain and London skyscraper.

“We are in such a complex world as we have seen with people criticizing the Saudi investment in Newcastle [United] and then we go to them asking to reduce the oil prices so we can get our petrol cheaper,” Southgate went on, before revealing that players had been briefed on the issues in Qatar in recent days.

“The conversations with the players were very important. We were trying to reduce an incredible amount of information into key areas and that has provoked a lot of discussions between them,” Southgate began on this.

“They are thinking through how best they can respond to try to affect things. Some of the religious and cultural aspects are going to be very difficult to change but there is an opportunity to use our voices in a positive way.”

“All these discussions concerning diplomatic relations and dealing with other countries are extremely complicated and I don’t think it’s a decision the players or myself can make,” Southgate claimed.


Liverpool’s Jordan Henderson, who has been a part of the England fold for over a decade, is one of the squad members to have already come out and remark on how shocked he was by the talks.

“I’d heard a lot of stuff about Qatar but it was hard to know what was going on, what was true and what wasn’t,” Henderson started. “I played there in the Club World Cup with Liverpool three years ago and as far as I was concerned there were no issues.”

“We were only there for a week and everything was fine with the accommodation and the stadium and there were no issues with the supporters so everything seemed OK.

“But when we were given a proper briefing by the FA the other day, it was quite shocking and horrendous to hear some of the issues that have been happening there.

“That has taken some time for us to digest and it’s sparked off a conversation within the team because it’s a really important topic and we need to work out what we want to do going forward,” Henderson insisted, saying that the World Cup is an “opportunity to shine a light on the issues that are there”. “Maybe we can use our platforms to make a change for the better,” Henderson also said.

Outlining how England captain Harry Kane plans to speak to his counterparts from other teams, Henderson accepted that “whatever we decide to do as a team will be criticized and will never be enough” but isn’t “why we do it”.


“We try to make a difference in the world for a positive change and I think everyone knows we will always stand against discrimination. People questioned why we were taking the knee and at the beginning I could hear some fans who were booing us for doing it,” Henderson recalled, after England were jeered by their supporters in a friendly leading up to Euro 2020 where they reached the final.

“But all I hear now are cheers so I feel we’ve made positive change in a very short time. But there’s a lot of work to be done and we will continue doing that as a team and as individuals,” Henderson concluded.