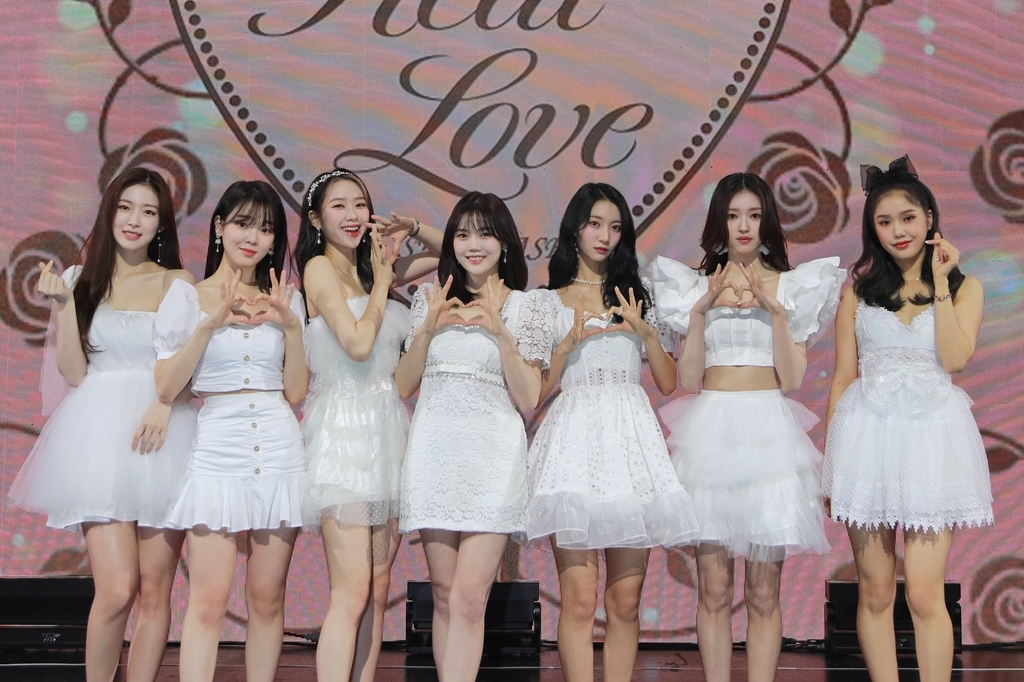 “We still have our bright and cheerful sides but this album also shows us more mature and solid,” said YooA.

It has been about three years since its first LP “The Fifth Season” and this new album, the bandmates hoped, would be like a perfume that permeates subtly and gently.

Focus track “Real Love” highlights the wide range of vocals of the seven members describing how everything feels different at the moment one falls in love.

“The ambience would be different [for each listener] depending on personal experiences and situations,” mused Mimi.

The band, closing in on its seventh anniversary of debut, has enjoyed steady love from its fans. Seunghee said her bandmates teaching her to love herself might be the reason.

“Thanks to how we cared for each other, the teamwork has gotten even better,” she said. One of the best compliments, though, Hyojung added, is when fans tell them they have gained positive energy from their songs.

Ateez to host 1st offline concert in Japan in July

Ateez will perform in front of its Japanese fans for the first time at a concert.

The bandmates shared the news at the online concert that was livestreamed Sunday.

The concert, dubbed “The Fellowship: Beginning of the End in Japan,” will be held at an arena in Yokohama July 16-18.

“We’re delighted to meet our fans in Japan in person. We can’t wait to meet you at the concert and hope you keep your expectations high,” said the band in a video clip that followed the announcement.

It will be the Japanese leg of the eight-member act’s international tour that kicked off in Seoul in January. The band performed in five cities in the US last month and will tour six cities in Europe in April, performing nine times in total.

Its last international tour was in 2019 that brought the band to five cities in North America and ten in Europe.

The sales of the LP, titled “Glitch Mode,” hits a record high for the seven-member act whose 1st LP sold about 1.7 million units.

At the online media showcase held Monday to bring out the LP, Jeno admitted that he was taken aback and dazed when he heard the news, and promised that the band will repay with well-prepared performances and activities.

The LP consists of 11 tracks including main track “Buffering,” a hip-hop dance number with catchy chorus. Mark participated in writing the raps.

Miyawaki Sakura of Le Sserafim signed with new agency in Japan and will continue her solo act in her home country as well, according to a local news report Monday.

She joined A.M. Entertainment in Japan last week to support her solo activities in the country. The idol confirmed the news and asked fans to continue their support.

On Monday, her Korean agency Source Music announced the name of the soon-to-debut group: Le Sserafim. It is an anagram of “I’m Fearless,” a phrase that was used alongside the countdown clock to signal its debut.

Miyawaki began her career as a member of HKT48 in 2012 and was building up a solid career when she surprised her fans by heading to Korea and participating in an audition program in 2018. She debuted in Korea as one of the members of IZ*ONE that disbanded after 2 1/2 years.

Earlier this month, Source Music officially announced that she, along with former bandmate Kim Chaewon, signed a contract to form another group that will launch in May.