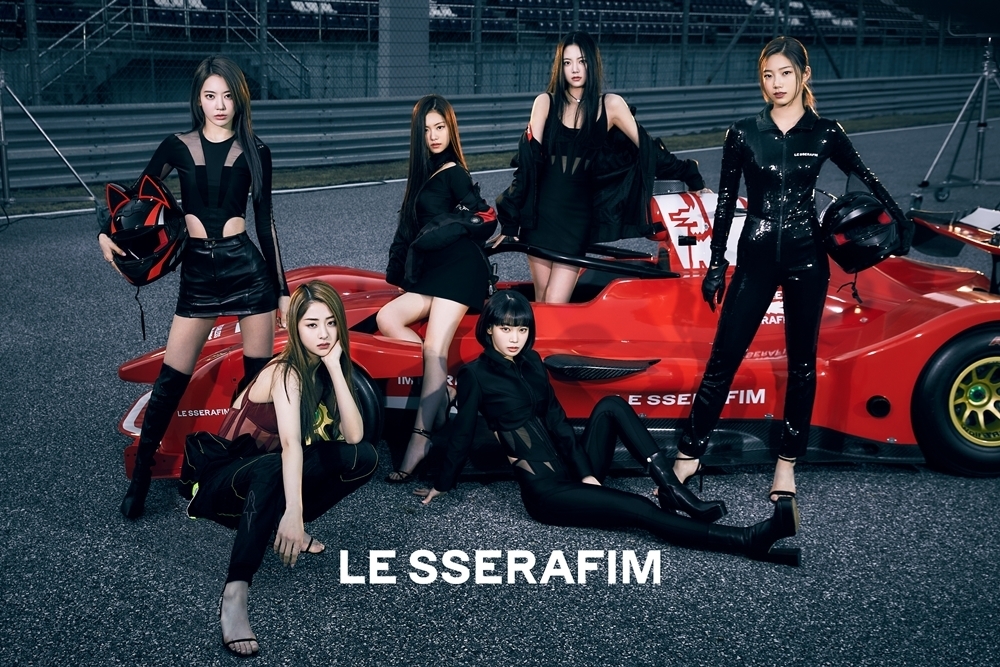 The debut EP of Le Sserafim, the first girl group to be launched under Hybe, sold over 270,000 copies in preorders, according to agency Source Music on Thursday.

It has only been a week since the prepurchase began, and the numbers will easily surpass 300,000, predicted the company.

The six-member act will officially debut on May 2 with the EP “Fearless” and will host an in-person showcase for fans later on the day. The event will be broadcast live as well.

The teaser clip for the EP, dubbed “The World Is My Oyster,” and the promotion video for the band amassed over 4 million views combined on YouTube.

BTS has earned a double platinum certification from the Recording Industry Association of Japan with “Dynamite,” according to label Big Hit Music.

The organization announced Wednesday that the band’s megahit surpassed 500,000 downloads since the release in August 2021. In January, the song satisfied diamond certification, garnering 500 million streams. It achieved the feat in the shortest time since the certification in streaming category was launched in April 2020.

In the meantime, “My Universe,” the band’s collaboration with Coldplay from last year extended its stay on both Billboard Global excl. the US and Billboard 200 to its 29th week. “Dynamite” charted at No. 57 on the latter.

Jung Sewoon gears up for May return

Singer-songwriter Jung Sewoon will come out with new album in May, local media reports said Thursday.

His last album was released in January 2021, his first full album “24.” He has participated in a series of drama soundtracks as well as appearing in a number of variety shows. He also published an essay earlier this month.

Jung was a contestant in an audition program in 2013 when he was a high school freshman and the second season of Mnet’s “Produce 101” in 2017. He was one of the runners-up in the latter and debuted as a solo musician with EP “Ever.”

Ciipher to bring out 3rd EP next month

Boy band Ciipher will put out its third EP “The Code” on May 11, agency Rain Company announced Thursday.

It has been eight months since it released previous EP “Blind.” All seven members participated in writing the melodies and lyrics of the five tracks in the EP.

The band debuted in March last year. In February Tan appeared in TV drama “Ghost Doctor” alongside Rain, the singer and actor who produced the group.