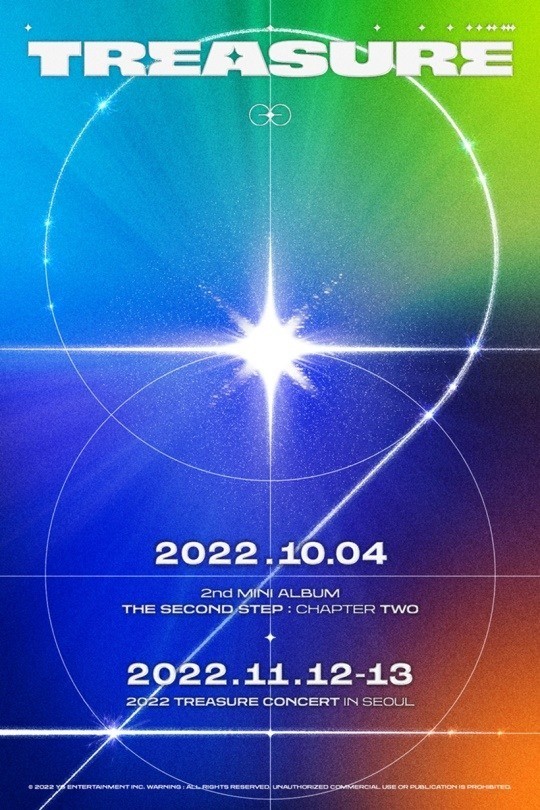 Le Sserafim is preparing for a new album due in the fall, according to a local media report Thursday.

Agency Source Music confirmed the group is getting ready to for a return to the scene following the report, but did not provide any specifics.

It will be the first album since the group reorganized into a quintet. Kim Garam left in July after her school bullying rumors stirred up controversy.

The group debuted amid much hype in May and largely lived up to the anticipation. The band’s debut song “Fearless” headed straight to the top of Spotify’s global Top 200 chart. It hit Billboard’s Global 200 at No. 155 and Global Excluding the US at No. 74, eight days after the debut.

The debut EP of the same title sold more than 300,000 copies in its first week, becoming the first to hit the milestone for a K-pop girl group’s debut album.

Treasure to put out new EP in October

Treasure is coming out with a second EP on Oct. 4, label YG Entertainment announced Thursday with a poster.

It also will hold concerts in Seoul on Nov. 12 and 13, the company added, marking its second anniversary in the best way possible.

The concerts, the second standalone gigs for the 12-member act, will have an even fuller set list than usual, as the band wanted to connect with fans more, according to the label.

Meanwhile, two of the band’s music videos – “Jikjin” and “Love You” – reached 1 million views on YouTube on Wednesday. “Jikjin” is the main track from the first EP and “Love You” is from the second single. Treasure now has three videos that have breached seven digits in views.

Rookie girl group Ive’s third single, “After Like,” entered Billboard’s Global 200 at No. 48, according to the latest tally dated Sept. 3.

The six-member group’s previous singles “Eleven” and “Love Dive” hit the chart at No. 68 and No. 177, respectively. “Love Dive” peaked at No. 15 on the chart and has maintained a spot for 21 weeks in a row.

The new single was No. 27 on Billboard’s Global Excluding US chart while the title track ranked No. 3 on its World Digital Song Sales chart.

The third single album sold more than 920,000 copies in the first week of sales, raising the expectation that it will be the first million-selling album for the group that debuted in December last year.

Ive has come in first place on two TV music chart shows with the new single as of Wednesday. It now has a total of 25 trophies under its belt.

Kwon Eunbi uploaded a poster for her upcoming fan meet event in Japan on Thursday.

“Rubi’s Room” will be her first official meet-and-greet in Japan since she debuted as a solo musician in August last year. Rubi is the name of her official fandom community.

She will meet her fans in Osaka on Oct. 30 and in Tokyo on Nov. 3. She was also recently in Osaka in July to participate in an event to promote the musical “Midnight Sun.”

Kwon was the leader of IZ*ONE, which disbanded in April 2021, and the first from the group to put out a solo album. She has released the EPs “Open” and “Color” and held a concert. She also starred in the aforementioned musical that wrapped up in June and has appeared on a number of variety shows.