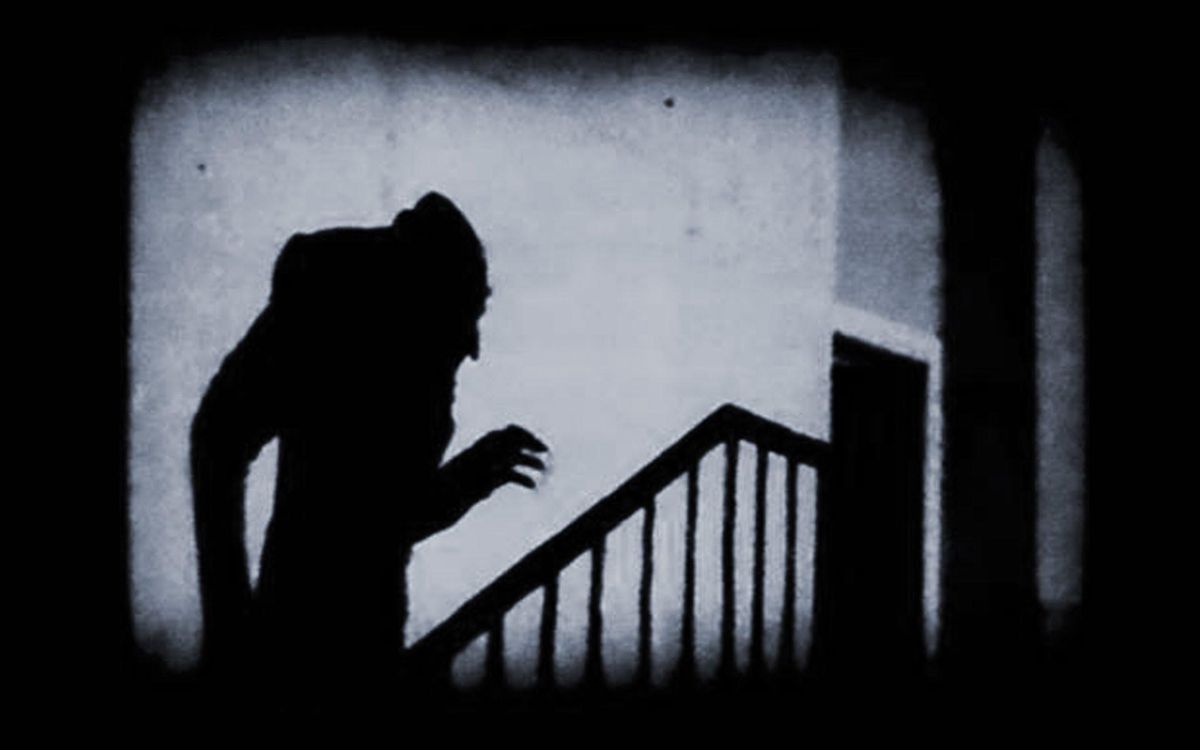 As a child, Friedrich Wilhelm Murnau dreamed of being just like the Romantic turn-of-the-century composer Gustav Mahler. In Nosferatu, the silent film classic that paved the way for vampire movies and which turns 100 years old this year, that musical vocation is apparent even in the subtitle: Symphony of Horror. It was not the only time that Murnau used such parallels. In his other great film, Sunrise (1927), Murnau chose to complete the title in a similar way: A Song of Two Humans. And according to Edgar G. Ulmer, who worked for him as a set designer and later became a film director, both were filmed with a metronome in hand, a device used to measure the tempo of musical compositions.

For this reason, although the film is silent, it had a soundscape that was lost, but it can still be heard by paying attention to the details of the movie, and by reading the diaries of people with ties to the film, the newspaper chronicles of the premiere and some of the books dedicated to Murnau’s work.

To begin with, even though the film itself was silent, the filming was not. And despite the fact that they were shooting a horror story, it was quite common to hear people laughing on the set. “People were happy. He didn’t sound angry even when he was very angry,” Robert Herlth, set designer for Murnau’s early productions, recounted in a memoir. It is not the only reference to the German director’s way of speaking. Herlth explained that while at university, Murnau recited poems with a deep, magnetic voice and that at work he gave all his instructions “in a very soft voice.”

On the set of Nosferatu there were also less pleasant sounds, like the rubbing and gnawing of the 50 rats that the production team bought after placing an ad in the press in order to fill the hold of the ship in which the vampire arrives in the city. That ship, the Jurgen (a tribute to the Lumière brothers’ train), also appears morose and mute on the screen, as if it were a ghost, despite the fact that Walter Spies, Murnau’s partner and a very active presence during filming, explained in his memoirs that the noise it made when entering the port of Wismar to shoot those scenes was “thunderous.” Even so: “It was the first time in the history of silent cinema that silence was heard, the death of all sound. No subsequent horror film has surpassed the horror of that first image,” in the words of the German critic Andres Kilb in the newspaper Frankfurter Allgemeine Zeitung.

In the film, the settings don’t make a sound either, but they say a lot about the history and intrahistory of Nosferatu. Little can be added about the sets, which distilled the pure expressionism that Murnau was a master of. Natural spaces were selected with great care. As Mary Hallab recalls in Vampire God: The Allure of the Undead in Western Culture, vampires and nature go hand in hand. The figure of the undead represents disease, plague and the grim reaper, and to eliminate it is to end those misfortunes. Nosferatu marks that path: Murnau identified the vampire with the plague that is approaching the town. The fact that he opted for bright locations is not a contradiction, on the contrary: it increases the level of fear. It is as if he is telling the viewer that the story of Nosferatu can happen in the real world, that it is possible.

The selected locations included the forests of Lübeck, the colorful city of Wismar, the Tatra mountains and Oravsky Podzamok Castle in Dolny Kubin (in modern-day Slovakia). And lots of motion: branches moved by the breeze; people running; clouds and sun coming and going over the castle, and the gale-force wind from the island of Sylt that ruffles the hair and dress of the young woman who, in the scene on the beach, awaits her husband who is being held by the vampire. These are just a few tools that music lover Murnau used to get away with making a silent film: making music out of images.

This is how the critic Jo Leslie Collier explains it in From Wagner to Murnau, where she says that the German director fell back on the opera The Flying Dutchman to shoot Nosferatu: “He strove, like his predecessors in the theater, to create with images an equivalent to music, using the movement of actors and objects within the shot to mark the rhythm.” Hence the importance of the bells: in all the urban enclaves of Nosferatu there is a Gothic church, and although its ringing is not heard, the bells can be seen moving and marking the tempo of the plot and the actors. With the same goal, to make them move as he wanted, Murnau played music after shouting “action” to his performers. That is why Collier says that Nosferatu is “a symphony created with the harmony of bodies and the rhythm of space.” Just in case there were any doubts, Murnau himself described the staging of his film as “an attempt to transmit tonal chords in space.”

Once the shooting was over, the noise of the premiere took over. The producer, Al Grau, an odd individual with an affinity for the occult, created a promotional campaign that included posters, advertisements, press releases and more. He also applied himself to generating great expectation and for this reason, on the day of the premiere, March 4, 1922, he reserved the marble hall of the Berlin Zoo and organized a masquerade ball with live music. The attendees, including artists, journalists and other film directors such as Ernst Lubitsch, came by invitation and dressed in the Biedermeier style, that is, with typical bourgeois costumes of that time. The music that marked the premiere was Die Serenade, written by Hans Erdmann, who would later compose the accompaniment to The Testament of Doctor Mabuse (1933) by Fritz Lang, and performed by a solo dancer from the State Opera.

Erdmann also wrote all the music that accompanied the film. There were 10 pieces with generic names such as Idyllic, Lyrical, Creepy, Stormy, Destroyed, Good, Strange, Grotesque, Unleashed and Disturbed. Together, they added up to 40 minutes for a 94-minute movie. That work was lost. In 1995, the orchestra director Gillian B. Anderson took it upon herself to reconstruct what that 1922 premiere must have sounded like. To do so, she resorted to three sources: the Fantastisch-romantische Suite, a work that Erdmann composed in 1926 performed in part with Nosferatu compositions; the chronicles of the premiere, and a manual on music in cinema written by the composer. For this reason, Anderson believes that to complete the footage, pieces were repeated that were chosen according to the mood that Murnau intended to provoke in each sequence. The fact that Erdmann included an overture to Heinrich Marschner’s opera Der Vampyr (1828) to begin the film made the composer think that Erdmann must have used other works from the repertoire: the Mephistopheles by Arrigo Boito, for example.

The musical legacy that Murnau bequeathed to cinema is not only in his films. Ulmer not only learned from his mentor to work as a craftsman: if his teacher used a metronome to compose music with images, Ulmer often shot scenes with a baton in his hand that had once belonged to Franz Liszt. Thanks to Murnau, silent cinema left a sonorous legacy.