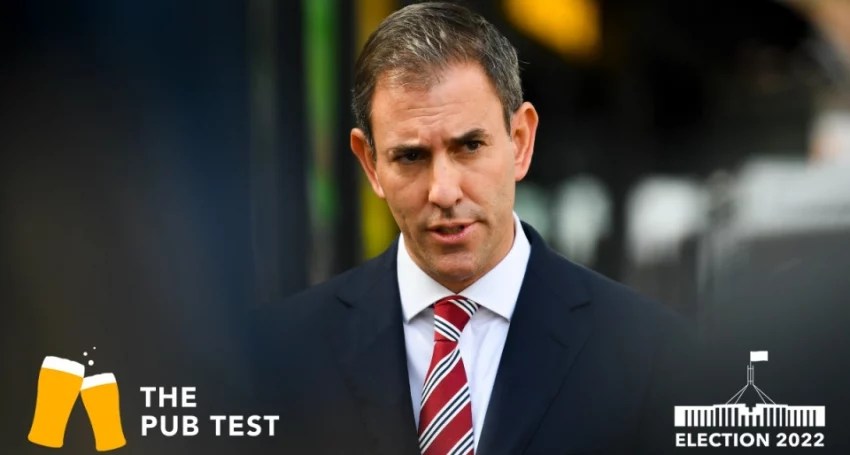 It has remained in Liberal hands for more than 70 years, but the marginal South Australian seat of Boothby is shaping up to be a critical three-way contest this federal election.

The Liberals’ grip on the southern Adelaide electorate has steadily weakened in recent years, with retiring MP Nicolle Flint leaving with a margin of just 1.4 per cent – making it one of the Coalition’s most marginal metropolitan seats.

Boothby is demographically diverse, encompassing affluent beachside suburbs Glenelg and Brighton as well as Blackwood and Belair in the foothills, plus a swathe of working-class suburbia in between.

The seat has deep manufacturing roots, with the old Chrysler and then Mitsubishi factory once a leading employer. But a shift towards overseas car manufacturing has driven a recent influx of skilled workers in industries such as renewable energy, automation and software.

She will be up against Liberal Dr Rachel Swift, a management consultant and medical researcher who, unlike her conservative-backed predecessor, is supported by the party’s moderates.

The emergence of independent challenger Jo Dyer makes this Boothby election somewhat different from past iterations, though.

Dyer is the former Adelaide Writers’ Week director who rose to national prominence last year advocating for her friend Kate, who had alleged she had been raped by former attorney-general Christian Porter. Mr Porter denies the allegation.

The three-way contest and wafer-thin margin makes Boothby the most critical seat in South Australia this federal election, which is why TND chose it for the location of its fourth pub test.

Each week until election day, we’ll be visiting pubs in key electoral battlegrounds to ask locals for their opinions on a major election issue.

Labor claims the Morrison government’s economic credibility is “completely shredded” after the Reserve Bank of Australia raised the cash rate target to 0.35 per cent.

“One hundred per cent and hopefully they (the Morrison government) do not stick around. Hopefully Labor can come in and actually fix their problems.

“The Liberal government has actually done a really good job in the past.

“When we first had a recession, the whole world did really, really badly, but Australia did really well – I think that was during the John Howard reign.

“When Scott Morrison came in recently, the Liberal government failed in a lot of ways when COVID came in.

“They should have given everyone more money in order to stimulate the financial sector in Australia, but apart from giving us a few hundred dollars here and there, they didn’t do much at all.”

“I think they’ve (the Morrison government) done a reasonable job considering the effects of COVID.

“I think interest rates are just part and parcel of that and they’ve been low for such a long period of time.

“I think the rate rise was inevitable.”

“I don’t think it’s the Morrison government’s responsibility to control the RBA – they’re independent, are they not?

“If mums and dads out there have borrowed too much money in the pandemic at record-low interest rates they should have been prepared for interest rate hikes.

“I don’t think the government can really control that and I think they’ve done a pretty good job over the last couple of years.

“We’ve had COVID, the war in Ukraine and you only have to look back to the mid-’80s in the Keating government with 18 per cent interest rates, when my parents had to buy in that market, so I don’t think it’s the end of the world.”

“I don’t follow politics myself – I really don’t care.

“My answer is I don’t know.

“In a few weeks’ time, Labor could come in and it would be exactly the same, so I don’t think politics is a thing, it’s just part of the world.”

“I feel like the Liberal government don’t particularly care for a certain demographic – that being people who are trying to purchase homes, also people trying to rent.

“It’s really ballooning to the point where the idea of me trying to get a house is unfathomable.”

“Interest rates are rising because of inflation and that’s not a direct result of what the Morrison government did.

“I think that world events and COVID, a lack of infrastructure, a big slowdown with China being able to get our goods and services out of factories and over here in a timely manner, all of our steel prices increasing – that’s what’s making an impact.

“Because of the COVID measures we’ve had in place, I think we’d still find ourselves in a very high inflation environment anyway.

“I think it’s wrong to blame the Morrison government for that.”

“I think with Australia’s economy they can do much better.

“They have so much timber and now they are blaming that there is no timber and hence why the prices are going up.

“They failed in so many ways.”

Boothby lived up to its title as South Australia’s most marginal electorate, with an even split between voters who believed Labor’s criticisms passed the pub test and those who didn’t.

Three said yes; three said no; and one person was undecided.

Next week, we visit a pub in the marginal Tasmanian electorate of Bass.

This article was first published in The New Daily. Visit The New Daily to read more of their Pub Test articles from key seats around Australia..

Disclaimer: The quotes above represent the opinions of those interviewed and are not necessarily based on facts or endorsed by The New Daily