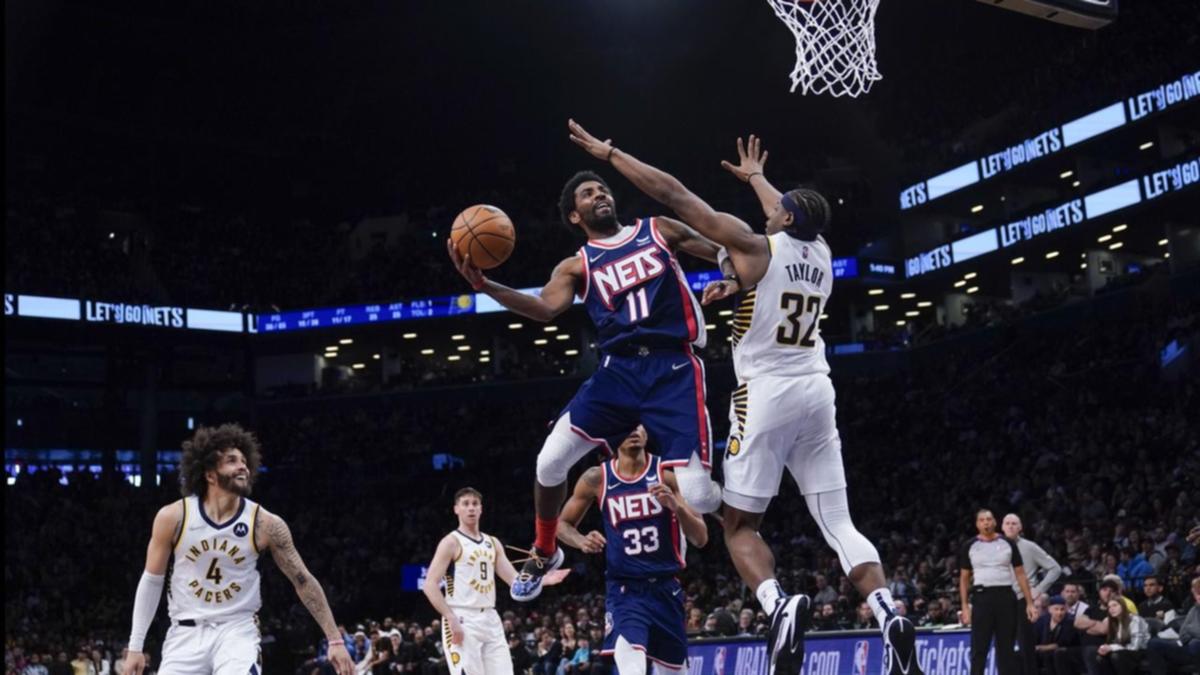 It lasted 174 days, required the usage of more players than any season in history primarily because of the ongoing challenge of playing through a pandemic, and saw playoff-positioning chases go all the way down to the final moments.

The NBA’s post-season is finally here.

Kyrie Irving can play at home again, a change-of-heart regarding vaccination rules that was made a few weeks ago by the city of New York in a move that will have immediate impact on the race to the NBA championship.

Irving and the Brooklyn Nets held off the Indiana Pacers 134-126 on Sunday, and will play host to the first play-in game of this year’s tournament when they face the Cleveland Cavaliers on Tuesday night.

That match-up wasn’t set until Sunday, nor was the other Eastern Conference play-in match-up: No.9 Atlanta will play host to No.10 Charlotte on Wednesday night.

The winner of that game will play the Nets-Cavaliers loser on Friday to determine who’ll face No.1 Miami in an East first-round series.

The Nets-Cavaliers winner will be seeded No.7 and meet either Boston or Milwaukee in the first round.

Charlotte will be without forward Gordon Hayward, announcing Sunday that he’s “out indefinitely with continued discomfort in his left foot.”

Hayward’s foot will be placed in a cast for at least two weeks, meaning if the Hornets win twice in the play-in tournament and get into the post-season, he’ll likely miss most of Round 1, at minimum, as well.

By the close of business Sunday, four best-of-seven first-round series will also be determined.

Boston or Milwaukee will play No.6 Chicago in an East first-round series, and Philadelphia or Boston will play Toronto in another East match-up.

In the West, Golden State and Dallas are vying later Sunday to see who ends up No.3, while Utah and Denver both have chances to be No.5.

Embiid — who hails from Cameroon — becomes the first international player to win that title.

Embiid is also the first centre to win the scoring crown since Shaquille O’Neal in 1999-2000.