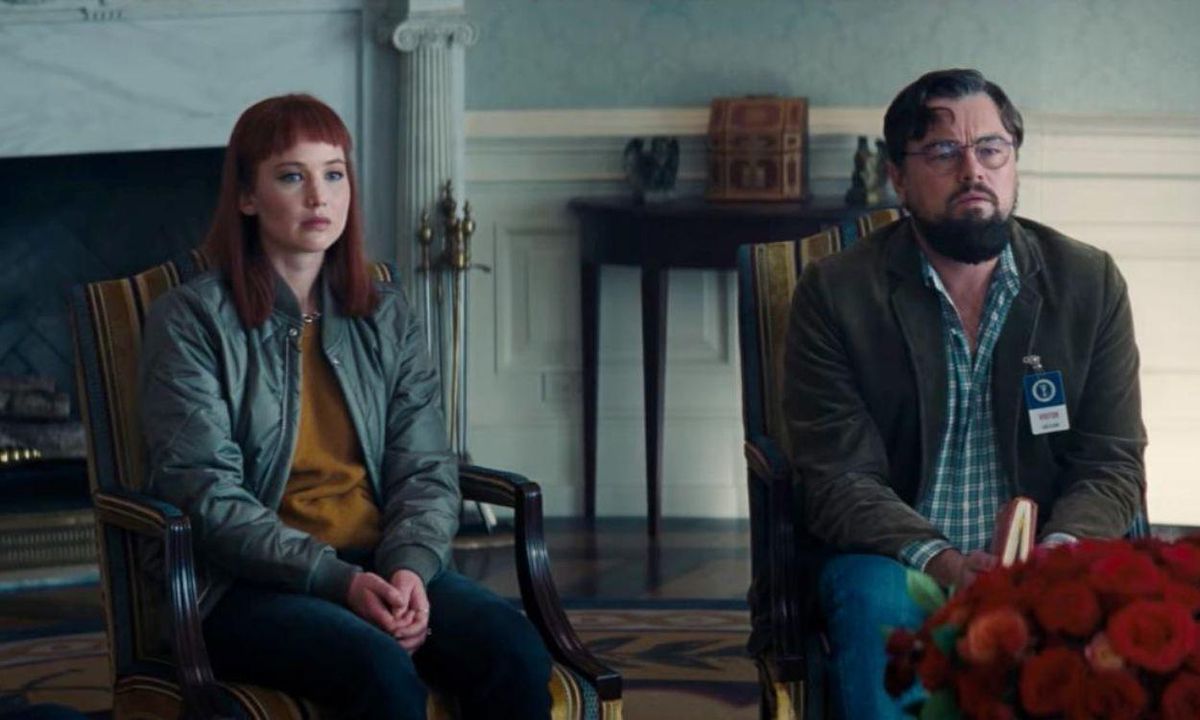 It’s been four years since the documentary Icarus delivered the then-emerging Netflix its first Oscar. Since then, streaming platforms have continued to gain ground in Hollywood’s most popular awards ceremony.

Indeed, the films nominated for the 94th Academy Awards, which take place on Sunday night in Los Angeles, are not only being screened in cinemas. Thanks to Netflix, Amazon Prime Video and a growing number of other platforms, it is possible to watch most of the top contenders from home.

A pair of astronauts discover a massive comet on a direct path to Earth and try to warn the world but are met with disinterest from the government, the media and world leaders, who prefer not to cause alarm.

‘The Power of the Dog’

Phil and George, cattle ranching brothers with very different personalities, star in a Western that reflects on the masculinity and sexism of a rural community in Montana (US) in the 1920s.

The teenage daughter of deaf parents discovers her talent for singing and must choose between keeping the family business afloat or pursuing her dreams.

The second film adaptation of Frank Herbert’s sci-fi classic revives the story of Paul Atreides and his arrival on the planet Arrakis, this time from the perspective of filmmaker Denis Villeneuve.

Set on Manhattan’s Upper West Side during the 1950s, this new film adaptation of the Broadway musical of the same name revives the ‘Romeo and Juliet’ drama and the feud between two rival gangs.

Available on: Star+ (Mexico, Argentina, Colombia, Chile) and Disney+ (US).

A musical theater composer tries to forge a career in New York and faces a mid-life crisis: achieve success or abandon his passion for something more lucrative.

A low-ranking carnival worker joins forces with a psychiatrist to swindle the upper class of 1940s’ New York.

Available on: Star+(Mexico, Argentina, Colombia, Chile) and HBO Max (US).

This biopic of Richard Williams (father of champion tennis players Serena and Venus Williams) delves into his training methods and his controversial plan to turn them into elite athletes.

This biopic about Lucille Ball and Desi Arnaz, one of the most popular American television couples of the 1950s, explores their complicated love affair and the political persecution they were subjected to under McCarthyism.

‘The Hand of God’

Fabietto, an Italian teenager, discovers his passion for cinema after a family tragedy while growing up in Naples in the 1980s.

A teenage boy and a photo assistant experience the roller coaster of emotions of first love in southern California in the early 1970s.

Available on: Amazon Prime Video (US).

The story of a nine-year-old boy from a working-class family who experiences firsthand the outbreak of the conflict between Unionists and Republicans that tears apart Northern Ireland.

Available to rent on: Amazon Prime Video (US).

After experiencing a series of personal tragedies, a playwright agrees to direct a play in Hiroshima and strikes up a deep relationship with his chauffeur.

Available on: HBO Max (US).

A documentary that relives the six-week Harlem Cultural Festival in 1969, which celebrated Black history, culture and music in the midst of the turbulent struggle for civil rights in the United States.

Available on: Star+ (Mexico, Argentina, Chile, Colombia) and Disney+ (US).

Two pregnant women meet in a hospital ward, and their lives become intertwined as their children grow up.

A raw documentary that explores the humanitarian crisis facing homeless people on the West Coast of the United States and the efforts (by both government and civil society) to address the situation.

A live-action movie that delves into the origins of Disney’s famous villain Cruella, a thief with a passion for fashion and a fixation for Dalmatians.

The short documentary directed by Matthew Ogens follows the story of Amaree McKenstry-Hall, a deaf American football player, and his team after the death of a close friend.

On a journey to find herself, a 48-year-old woman recalls her torturous past and reflects on the life choices she has made in the wake of motherhood and raising her daughters.