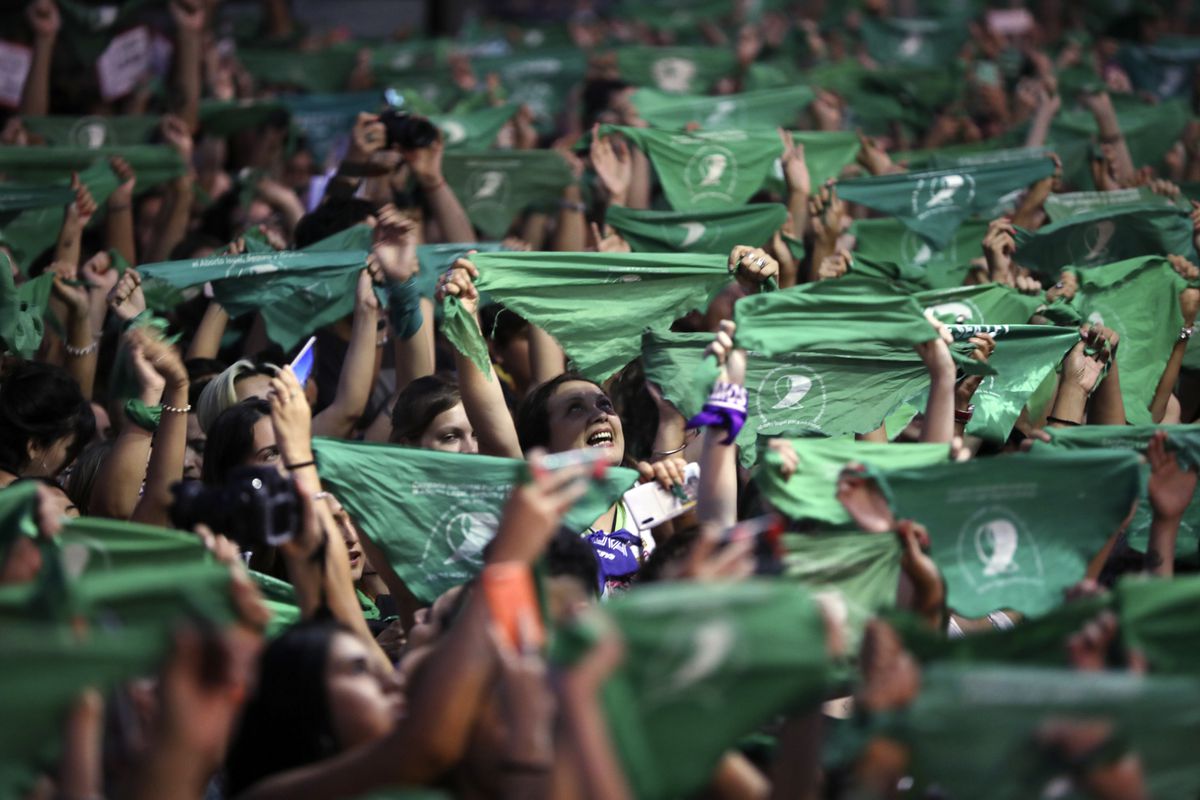 One of the United Nations Sustainable Development Goals is universal access to sexual and reproductive health. How well this is going depends on which country you are in. With about half of pregnancies globally being unwanted (according to the latest report of the United Nations Population Fund), let’s look at the progress and setbacks for reproductive rights around the world.

The Spanish penal code was modified on April 14 to include punishment for hindering the right to voluntarily terminate a pregnancy. Reform of the abortion law is also underway, with an appeal, brought by the ‘pro-life’ Popular Party, pending in the Constitutional Court. If successful the reformed law will guarantee access to abortion in public hospitals, eliminate the three-day waiting period following the request for an abortion, and lowering the age to access an abortion without parental permission to 16 years.

In a milestone decision in the African country, the High Court of Kenya issued a ruling at the end of last month holding that abortion is a fundamental right under the Kenyan Constitution. It further held that “arbitrary arrests and prosecution of patients and professionals for seeking or offering abortion services are illegal.” To embed the Constitutional right across the legal and regulatory systems, the High Court magistrates also ordered the Kenyan Parliament to pass an act for the voluntary interruption of pregnancy, and to ensure the development of a series of public policies.

The ruling in Kenya was catalyzed by a case brought by the Center for Reproductive Rights and Reproductive Health Network of Kenya (RHNK) in 2020 against local government officials concerning a minor who required reproductive health care.

The law changed in Chile in 2017, when abortion was legally permitted for the first time, restricted to cases where the pregnancy had occurred through rape, where there was a risk to the health of the person giving birth, or where the foetus was unlikely to survive. Last March, the country took another step when the constitutional convention approved the decriminalization of abortion in the bill for the new Constitution, which would also repeal the Pinochet-era (1973-1990) law forbidding abortion under any circumstances. In a section of the draft new Constitution dedicated to sexual and reproductive rights, the State must guarantee “the conditions for a voluntary and protected pregnancy, childbirth and maternity.” Chile will vote on the new constitution on September 4 .

On February 21 the Constitutional Court of Colombia ruled to decriminalize the interruption of pregnancy up to the 24th week – one of the longest legal terms in the world (it is 12 weeks in France and 14 in Spain, for example).

Abortion had been permitted in Colombia since 2006, in the restricted cases of rape, inviability of the foetus, or risk to the health of the person giving birth. Those who did not comply faced prison sentences of up to four and a half years, with thousands using illegal clinics and around 400 women being prosecuted each year for having abortions.

On September 7, 2021, the Mexican Supreme Court annulled the law that punished the voluntary interruption of pregnancy and set a precedent for the entire nation.

The legislative and judicial path that remains is very long, however: the Supreme Court ruling does not oblige the Congresses of each Mexican state to modify their own penal codes. Up till now, only four of the country’s 32 states – Mexico City, Oaxaca, Hidalgo and Veracruz – allow the interruption of pregnancy in the first 12 weeks of gestation while there are some exceptions in cases where the fetus is not viable or the pregnancy would endanger the person giving birth.

The ruling did, however, establish a precedent that magistrates will have to stick to in future decisions, and required that people who give and receive abortions cannot be sent to prison, and those already locked up for this reason must be released.

In December 2020, Argentina’s federal Senate approved the legalization of abortion until the 14th week of pregnancy, making it legal, safe and free of charge. Since 1921, Argentine law had held that abortion was a crime except in the case of rape or risk to the life of the mother.

On Monday night, an exclusive published by the newspaper Politico sent a shockwave throughout the United States: according to a draft leaked to the newspaper from the US Supreme Court, five of the nine magistrates who sit on that bench agreed that the right to abortion in that country should be annulled.

In 1973, that same court judged in favor of the right to abortion in the landmark judgement known as Roe v. Wade.

“Roe was egregiously wrong from the start”.

“Its reasoning was exceptionally weak, and the decision has had damaging consequences. And far from bringing about a national settlement of the abortion issue, [Roe v Wade has] enflamed debate and deepened division.”

In overturning Roe v. Wade the Court will clear the way for each of the 50 states of the US to be able to decide on reproductive rights law. Conservatives in the US have long lobbied for this result, which will enable Republican state governors to immediately enact legislation to outlaw abortion in their jurisdictions. Such legislation is already on the books in more than 20 states, and the final decision of the Supreme Court expected in early summer.

The Polish Constitutional Court ruled at the end of October 2020 that abortion due to malformation or irreversible disease in the fetus was unconstitutional.

Until then, along with if the pregnancy was the product of rape or incest and when the life of the mother was in danger, this was one of the three assumptions allowed in Polish legislation. According to official data, around 97% of the 1,110 abortions performed legally in the country in 2019 were undertaken for that first reason.

Poland’s Family Planning Law, in force since 1993, was already among the most restrictive in Europe — falling only behind Malta, San Marino and Andorra, where abortion is not legal under any circumstances.