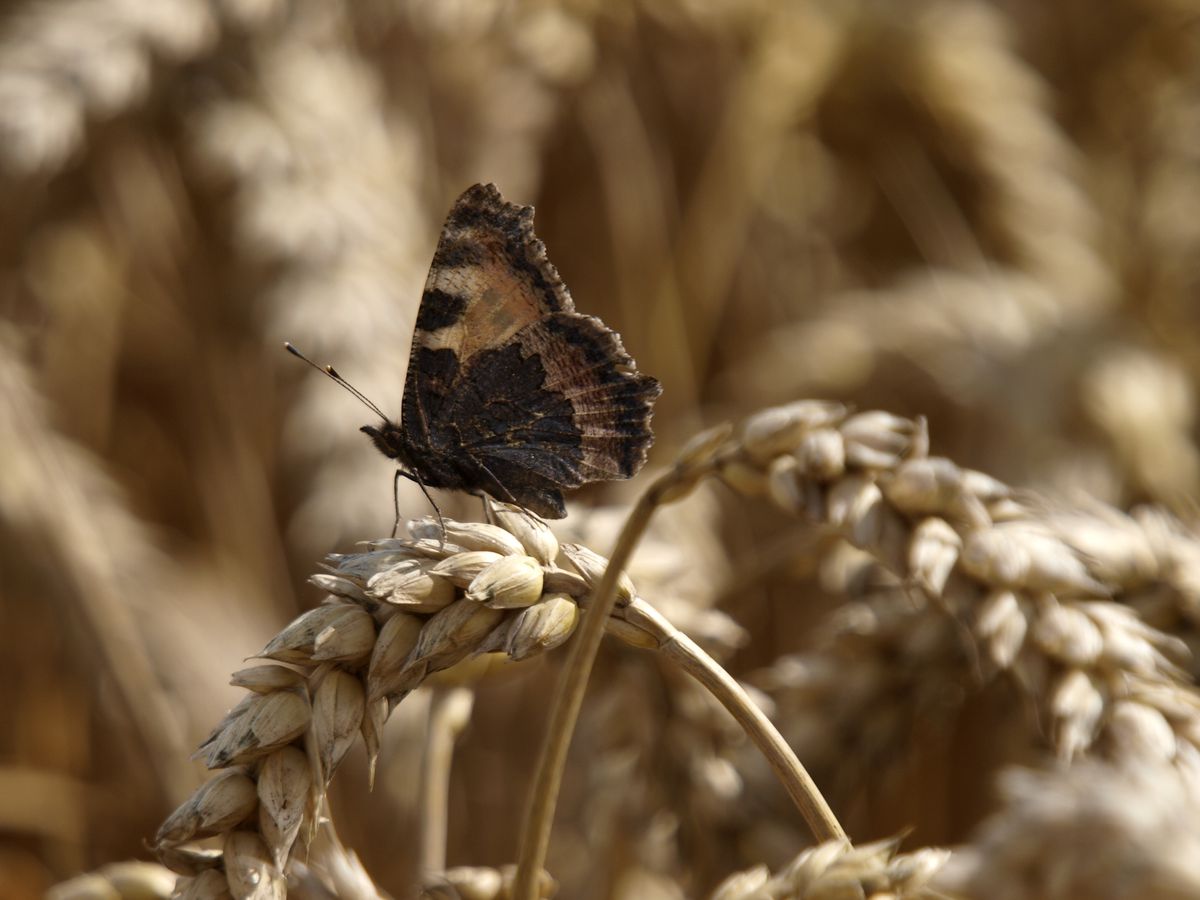 In 1995, the English countryside experienced the most intense drought so far this century. Among its victims was the cabbage white butterfly (Pieris brassicae), whose population fell by 66%. But the decline came close to collapse in the areas most fragmented by agriculture. An investigation published 20 years later showed that these Lepidoptera had recovered in less-disturbed areas, but not in cultivated ones. This study of 800,000 records of almost 18,000 species obtained from 6,095 parts of the planet also shows that the butterfly’s problem is a global one: where intensive agriculture coincides with greater local climate change, the abundance of insects is almost half what it is in areas least damaged by human actions.

Entomologists have been warning for years about the decline in both the abundance (density of populations) and the diversity (number of species) of insects. The decline has been confirmed for pollinators such as bumblebees and honey bees. There are many reasons for the decline, most of which are due to human influence, such as the impact of pollution on fireflies or fertilizers on butterflies. But there are also other factors including growing urbanization, deforestation, the change in land use, from natural to cultivated, and climate change.

Now researchers at University College London, led by entomologist Charlie Outhwaite, have combined an impressive database on animal biodiversity (PREDICTS) with the evolution of maximum and average temperatures in the last century and the dominant use of the land in the areas collected in that database – from natural habitat and extensive agriculture to intensive cropland,

The results of this work, which have just been published in the journal Nature, show that in areas with intensive agriculture that have also suffered greater historical warming, the abundance of insects is 49% lower than in areas with low-intensity agriculture where local climate change is relatively minor. In terms of diversity, in the most altered areas, the number of species is 27% lower. The degree of soil change also plays a role.

“Thus, intensive agriculture sites that have also experienced substantial climate change have about 50% fewer insects than primary vegetation sites that have not experienced significant climate change,” says Outhwaite. What’s new about the study is that it looks at the relationship between land-use change and global warming. “The percentage of the reduction is the result of the interaction of the two factors, we do not measure how much of this change is the responsibility of each one separately. The important thing is that both [climate change and crops] work together to cause a greater decline than if they worked alone,” he adds. And the researchers know this because “with the same level of climate change, we see greater reductions in intensive agriculture compared to low-intensity agriculture,” he concludes. In fact, in the first, the reduction in abundance remains at 30% and diversity at 23%.

Insects bear climate change worse than other animals. A 2020 investigation found that hundreds of species were initiating their flight season earlier to match it with the emergence of the flowers. Physiologically, many of the species are ectotherms, meaning they have to adjust their body temperature to the ambient temperature. Others change their behavior according to how hot it is. “So rising temperatures will directly affect insects and also the availability of cooler temperatures, like in shady spots,” Outhwaite says. The change in land use “can also affect the availability of shade, which means that it is more likely that insects are more exposed to high temperatures,” adds the British entomologist.

Two years ago, the journal Science published one of the most ambitious works on insect decline to date. That research showed that, although with great variations between one place and another, the abundance of these arthropods has been declining on average by around 10% per decade at least since the 1980s. Roel van Klink, of the German Center for Research Biodiversity Integrative (iDiv) Halle-Jena-Leipzig, was the main author of this paper. Regarding the new study published in Nature, he says in an email: “They show that agriculture is bad for insects and that climate change has made it worse.”

With the same level of climate change, we see greater reductions in intensive agriculture compared to low-intensity agriculture

However, van Klink’s work also found that the insects found in rivers, lakes and reservoirs were not in decline, but had increased their populations by 11% per decade. Although aquatic species are a minority, they represent a tenth of the total. And this time, humans were responsible for the turnaround. Van Klink explains: “It is very likely that the increases, at least in Europe and North America, are due to improvements in water quality since the 1970s. We often forget how bad the quality of the water was. Thanks to the legislation [the first environmental regulation protecting water resources dates back to 1970 in the United States] and the construction of treatment plants, a large part of the waste has stopped ending up in the rivers.” Another thing that may have helped is climate change, “which would have expanded the distribution of various species to the north,” says van Klink.

But the new work shows that while insects thrive in temperate natural areas, they don’t in the tropics. In these areas, the species were accustomed to smaller thermal oscillations and appeared to be less resilient to temperature rises. In fact, it is in Southeast Asia and South America where the synergy between agriculture and climate change is most pronounced and where the reductions in insect abundance and diversity are greatest.

What are the consequences of a general decline in insect populations? Beyond being key to pollination, insects are also pest control agents: many species are insectivorous, they eat other bugs that, in their absence, would freely devour plants. Tom Oliver, professor of applied ecology at the University of Reading and author of the English study on butterflies, lists other functions: “They are key to the decomposition of waste and the cycle of nutrients. Since insects make up a large proportion of the biomass, they also have a basic supporting role for other species in the pyramid of life, such as providing food for birds, bats and small mammals.”

Paradoxically, agriculture is destroying some of the insects it depends on. As a 2019 investigation showed, the greater the biodiversity, the better the yields. The lead author of that study, biologist Matteo Dainese, from Italy’s Institute for Alpine Environment, says that it is not only pollinators that are important for agriculture, but other insects as well. “In particular, I would like to highlight the key role of natural enemies of pests, such as predatory ladybugs, ground beetles and parasitoid insects that feed on pests that would otherwise damage or even destroy crops.”

Ignasi Bartomeus, a researcher at the Doñana Biological Station (EBD-CSIC), was the co-author of the Dainese study on insects and agriculture. He does not believe that we are facing a collapse of insect populations, there is no data, he says, to affirm something like that. “But we are facing a very clear warning signal that it could happen within a few decades,” he adds. “Insects are not protected as we do with vertebrates.”