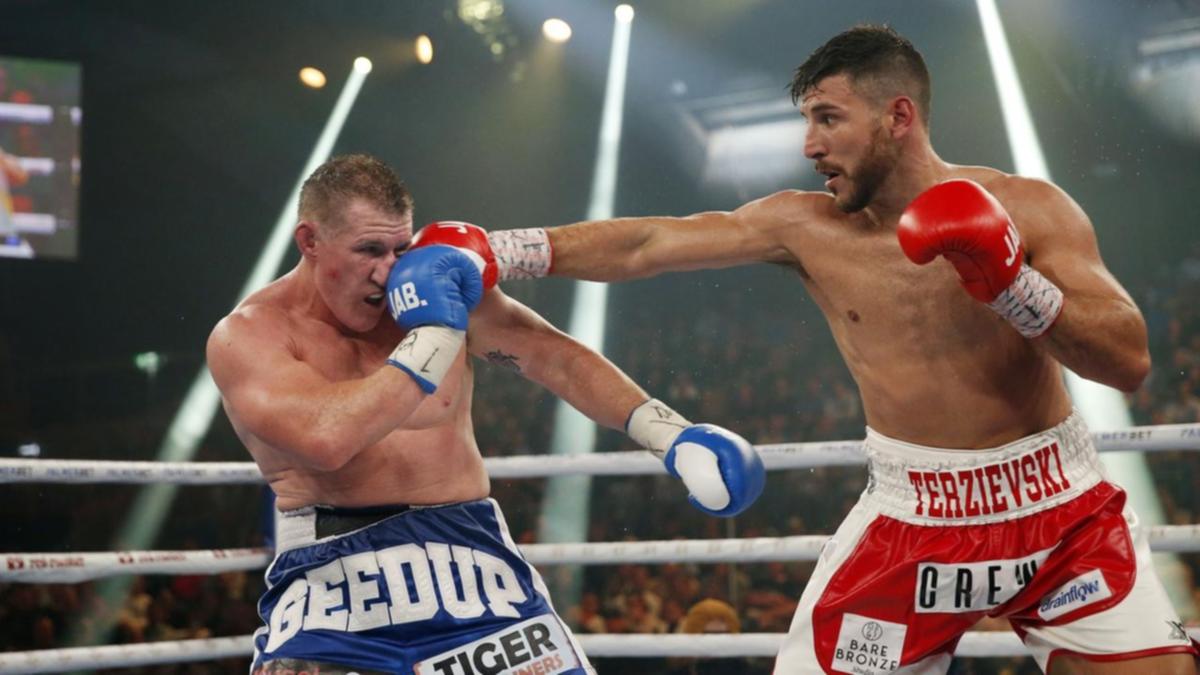 Unheralded Kriz Terzievski is the new Australian heavyweight boxing champion after outlasting Paul Gallen in an epic 10-round battle in Newcastle.

Terzievski dominated for much of the encounter but had to survive an heroic ninth-round fightback from Gallen before gaining the judges’ decision on Wednesday night.

Gallen had been bidding to become the first cross-code athlete to claim the national heavyweight belt as well the Australasian heavyweight strap.

Instead the 40-year-old rugby league great turned pugilist will again ponder retirement after Terzievski was hailed the “King of the Castle”.

“Age probably caught up with me a bit. What can you do?” said Gallen, looking battered and blue.

Little separated the two combatants in the opening rounds before Terzievski was warned twice for low blows in the fifth and then for pushing Gallen.

The champion landed some heavy lefts, cutting Gallen’s with one as the ageing rugby league warrior began to look vulnerable.

The southpaw was deducted a point for another low shot in the seventh round, but it didn’t matter as Terzievski’s dominance eventually told on Gallen.

Terzievski lined up for a killer left hook midway through an epic eighth round but Gallen courageously climbed off the ropes to stay on his feet.

Gallen incredibly looked like dropping Terzievski in the ninth as the 32-year-old himself looked out on his feet.

But he hung in there.

“I left it too late,” said Gallen.