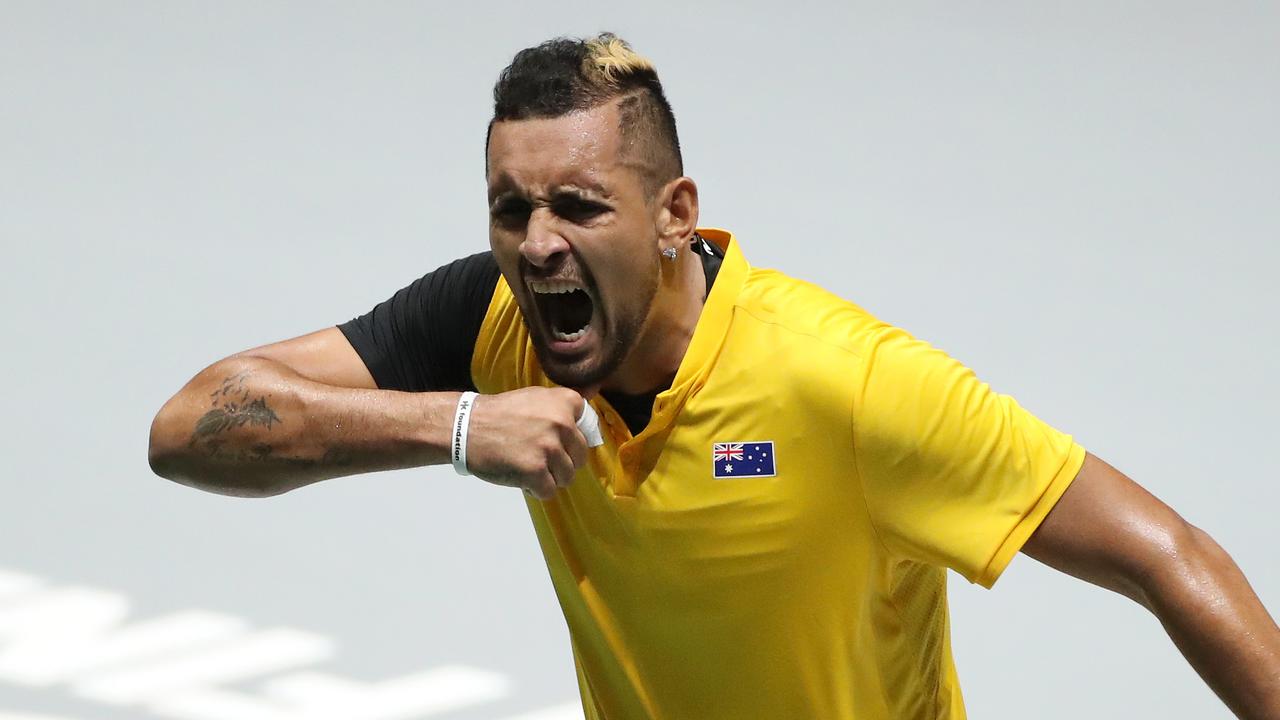 When asked who the world’s best player on grass was, Nick Kyrgios didn’t hold back.

Nick Kyrgios has named himself the world’s best grass-court player ahead of Wimbledon next month.

Speaking at a promotional event for the NBA in Sydney, the world no. 78 was asked who he believed the best tennis player in the world was heading into the prestigious Grand Slam.

“I mean, on the grass, I’d say me,” he told The Sydney Morning Herald.

They’re big words from the Australian, who hasn’t progressed past the third round of the competition since 2016.

His best run at Wimbledon was a quarter-final finish in 2014 when Kyrgios, then just 19-years-old, shocked the tennis world by ousting Rafael Nadal in the round of 16, before crashing out against Milos Raonic.

Kyrgios looked to be on fire at last year’s event but was forced to retire in his third-round match due to an abdominal injury.

In 2021, Kyrgios faced criticism for sitting out of part of the Covid-affected ATP Tour and calling himself a “part-time player” but insisted his injury at Wimbledon was just “bad luck”.

However, Kyrgios’ recent results back the confident self-talk up, with a maiden doubles title at the Australian Open alongside compatriot Thanasi Kokkinakis and a quarter-final finish at Indian Wells underlining an impressive start to the 2022 season.

“Something about this year has just been different,” Kyrgios told Today host Karl Stefanovic last month.

“I’ve played five or six events and I’ve gone pretty well in pretty much everyone I’ve played and I’ve beaten a lot of the top players in the world this year.

“I guess it’s more of a resurgence year, just going out there and showing people that I don’t have to go out there and play all the time, (that) I can still be at the top of the game.

“I’m just enjoying it and doing it my way.”

The 27-year-old also shared a new-found sense of perspective, expressing an awareness of his role as both an entertainer and a role model.

“I play for a lot of people. I feel like I’m very relatable,” he said.

“A lot of kids and people look up to me when I play. If someone like me can make it this far and achieve what I’ve achieved, I think it gives them a lot of hope.

“Obviously, I’m 27 now, so I’ve got to provide a bit of money, but it’s just a lot of fun; the tennis tour, travelling around the world, it’s a pretty nice lifestyle. I want to soak it up while I can.”

Kyrgios indicated he would continue to play doubles with Kokkinakis, reflecting that he felt their Open win “put (Kokkinakis) back on the map and, hopefully, he can keep kicking on after that.”

Kyrgios will miss the French Open, which starts later this month, in order to spend some time at his new home in Sydney with his partner, before launching what is sure to be a hotly anticipated Wimbledon tilt.