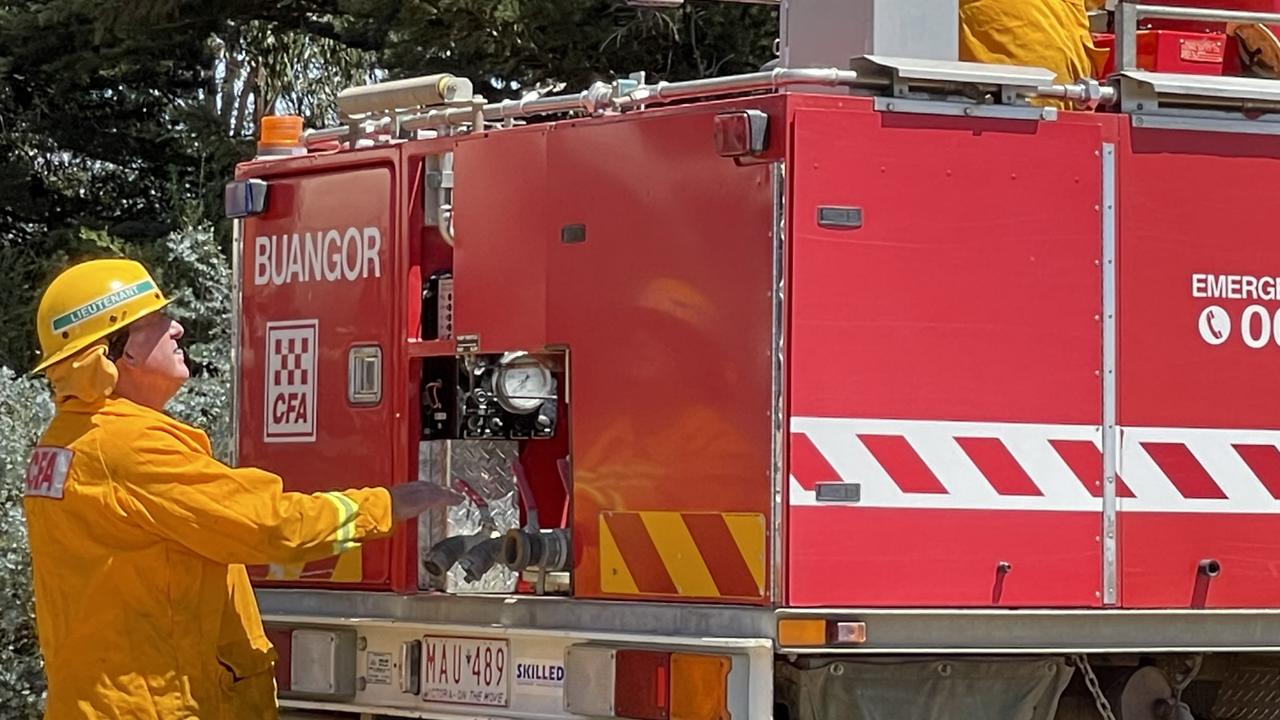 Residents from several towns in Victoria’s southwest have been told they can return home after a large grassfire near Tahara was brought under control.

An out-of-control grassfire in the state’s southwest has been contained by authorities.

Residents of Morgiana, Tahara and Yulecart had earlier been told to immediately leave town as the nearby grassfire took hold.

Vic Emergency says the blaze has now been brought under control.

“The fire is now contained and it is safe to return home,” the message read.

“As conditions may change, you should continue to monitor the situation.”

Residents of Morgiana, Tahara and Yulecart in the state’s southwest had earlier been told to immediately leave town as the nearby grassfire took hold.

The blaze was travelling from the area north of Tahara in a south-easterly direction towards the township.

Six aircraft and more than 30 fire trucks were at the scene of the fire, which had burnt more than 500 hectares, a State Control Centre spokeswoman said.

She said the fire was first reported at around 12.40pm.

An emergency warning was initially issued at 1.24pm on Sunday for Tahara, as well as nearby towns Branxholme and Grassdale.

But the fast-moving situation saw a new alert released less than an hour later at 2.04pm, with a new evacuation warning issued, changed to include Morgiana and Yulecart.

“People at Tahara should leave immediately,” the warning read.

“Leaving immediately is the safest option, before conditions become too dangerous.

“Travel to the home of family or friends that is away from the warning area.”

Residents have been warned that emergency services may not be able to help them if they decide to stay.

VicEmergency has listed the grassfire is in the area of Murndal and Dohles roads, with more than 35 emergency vehicles responding to the blaze.

“Grassfires can start and spread quickly and are extremely dangerous,” the warning continued.

The next update from VicEmergency is expected at 3.10pm on Sunday or as the situation changes.