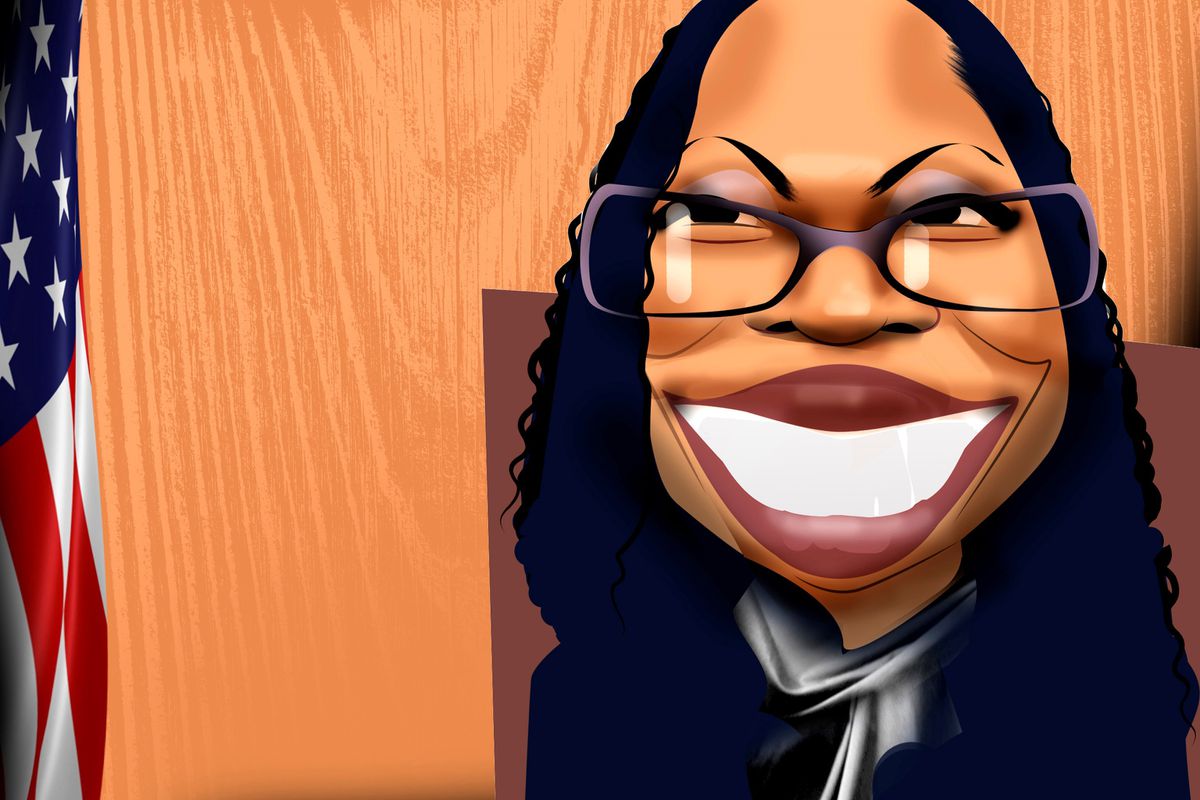 In view of the little that could be professionally objected to the progressive candidacy of Ketanji Brown Jackson, who on Thursday became the first black female judge in the history of the Supreme Court of United States, Republican senators dedicated themselves during the marathon days of her confirmation to asking her to do things like rate her religious feelings from one to ten, define the contours of the word “woman” or clarify if she believes that Babies are born racist. Also, above all, she was painted as too soft on crime and too tolerant of child pornography offences. And your legal philosophy? So dangerous and so influenced by the extreme left pressure groups that finance it that this would explain why they prefer to keep it a secret.

Jackson, born in Washington 51 years ago but raised in Miami as the daughter of two middle-class professors educated in segregated schools and historic black universities, answered hostile questions and endured all rude interruptions patiently, took a deep breath and argued with the dexterity of the debate champion she was when she was studying, like Jeff Bezos, at the Palmetto Public High School in Florida. “Nothing has prepared me better than that experience for success in law and in life,” he said at a conference in 2017.

That guy’s fortune-telling skills were discredited again on Thursday, when Jackson made history by being confirmed by the Senate. And on this occasion it is not a set phrase: it is the first time that an African-American occupies one of the nine seats of the high court in its 232 years of existence (a time that is certainly not very diverse: only 8 of the 116 Supreme Court justices have not been white men). It will also be the first time that four women coincide in the institution.

“It is not a historic designation for those reasons alone. Many new perspectives are opened with it”, explains Paul M. Collins, Professor of Law at the University of Massachusetts and author of three books on the progressive politicization of the Supreme Court. “Her arrival will diversify the court: she is the first magistrate with a past as a public defender and has experience in judicial investigation, such as Sonia Sotomayor [appointed in 2009 by Obama]”. Collins points to another advantage of her resume: her performance as vice president of the Sentencing Commission, an independent agency that ensures unifying the criteria of the federal courts. She has also been a judge in the District of Columbia, Washington, from where she stood up to Donald Trump (and from where she wrote a sentence that said “presidents are not kings”), as well as her court of appeals, placed for the which received the same support last year as now: 53 votes in favor (the 50 Democratic senators and three Republicans) and 47 against. Despite the apparently tight result, the fact that he garnered some support from the opposite party is a triumph in itself in the United States of polarization.

In her premiere before the Senate Judiciary Committee, one of the most prominent in the Capitol media (and hence, the outbursts of some of its 22 members), she told her husband, surgeon Patrick Jackson, that she was crying her eyes out and his daughters, Leila and Talia, who knew he wanted to go into law when he saw his father’s textbooks, then a law student, on the kitchen table along with his coloring books. She dreams of being a judge since she was 12 years old (!). And since his name emerged in January after the announcement of the resignation of his mentor, Justice Stephen Breyer, 83, to allow Joe Biden his first appointment to the highest judicial instance of the country, has been repeating that she hopes that her example will allow girls like the one she once was to believe that anything is possible. Breyer, who will leave his post to Jackson in the summer, at the end of the judicial term, got out of the way before it was too late (and before the Democrats presumably lose control of the Senate in the November legislative elections).

From the study of his more than fifty sentences, it can be deduced that his bias is progressive, although during the hearings he preferred to define his philosophy with two ideals: “Neutrality and independence”. “I approach each case without preconceptions,” he said. She learned that in her time as a public defender, when she could not choose her clients and litigated, among others, on behalf of a prisoner from Guantánamo.

He also avoided taking a stand on abortion (he has religious ideas about when a life begins, but puts them aside, he said, when he puts on the toga) or adherence to controversial schools of thought such as critical racial theory, a subplot of the Frankfurt School which emphasizes the study of the slave-owning past as the origin of systemic racism and that it is one of the bloodiest fronts of the cultural war in the United States. And although he is not a hooligan, like some of his more conservative colleagues, of originalism, which advocates a very faithful interpretation of the designs of the founding fathers, carved more than two centuries ago in the Constitution, neither does he share a very free interpretation of the text that would convert the judges of the Supreme Court into de facto legislators. “I don’t believe in a living Constitution, mutating and impregnated with my own political perspective or the political perspective of the moment,” I argue.

Few things influence the lives of Americans more than the decisions of the Supreme Court. Right now, for example, they are preparing a sentence that could put an end to half a century of consensus on the right to abortion. Changing a progressive togado, Breyer, for a slightly more progressive one, Jackson, will not change the composition of the high court, with an unprecedented supermajority in eight decades of six conservative judges against three progressives. Neither will orientation decisions like that, but at least it will make him look a little more like the society he represents.