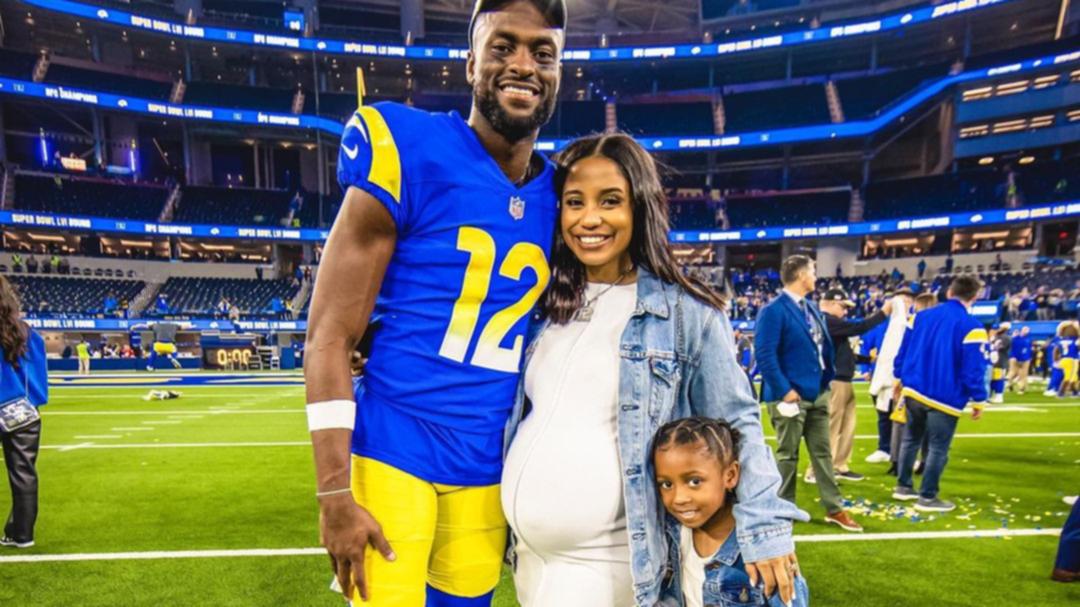 The football star welcomed his second child after his wife went into labour during the Super Bowl.

WATCH IN THE VIDEO ABOVE: Los Angeles Rams player proposes to girlfriend after Super Bowl victory

“It was a great day, bro. I got three prizes today. My wife, my son, and the Super Bowl,” Van gushed on Instagram Live.

Van’s wife Samaria, who was due on 17 February, told The Athletic prior to the game: “Just like any other game, I’m going to be there this Sunday and I’m going to stay calm … and pray to God my water doesn’t break.

“I am 100% going to be there. I would not miss this moment for anything.

“I will be 40 weeks pregnant at the Super Bowl, supporting my husband 100 per cent,” Samaria said.

Despite staying calm, Samaria went into labour halfway through the game against Cincinnati Bengals.

Bridget Condon, a reporter for the NFL Network, reported that Samaria was spotted “leaving the stadium on a stretcher.”

According to The Athletic, Samaria told the Rams not to tell her husband if she went into labor during the game.

The couple- who were high school sweethearts – are also proud parents to a 5-year-old daughter named Bella.

After helping lead the Rams to victory with a score of 23-20, Van left the celebrations behind, grabbed Bella, and headed to the hospital.

They had something entirely different to celebrate.

Hours later as the festivities continued, Van posted a photo of himself holding his new son, captioning the image, “X2!!!!!!”.

The couple is yet to announce the name of their new son.

Along with Van, another player of the Los Angeles Rams made one of the biggest nights of his life a lot more meaningful.

Taylor Rapp was seen proposing to longtime girlfriend Dani Johnson on the field after the victory. This sweet proposal can be watched in the video player above.