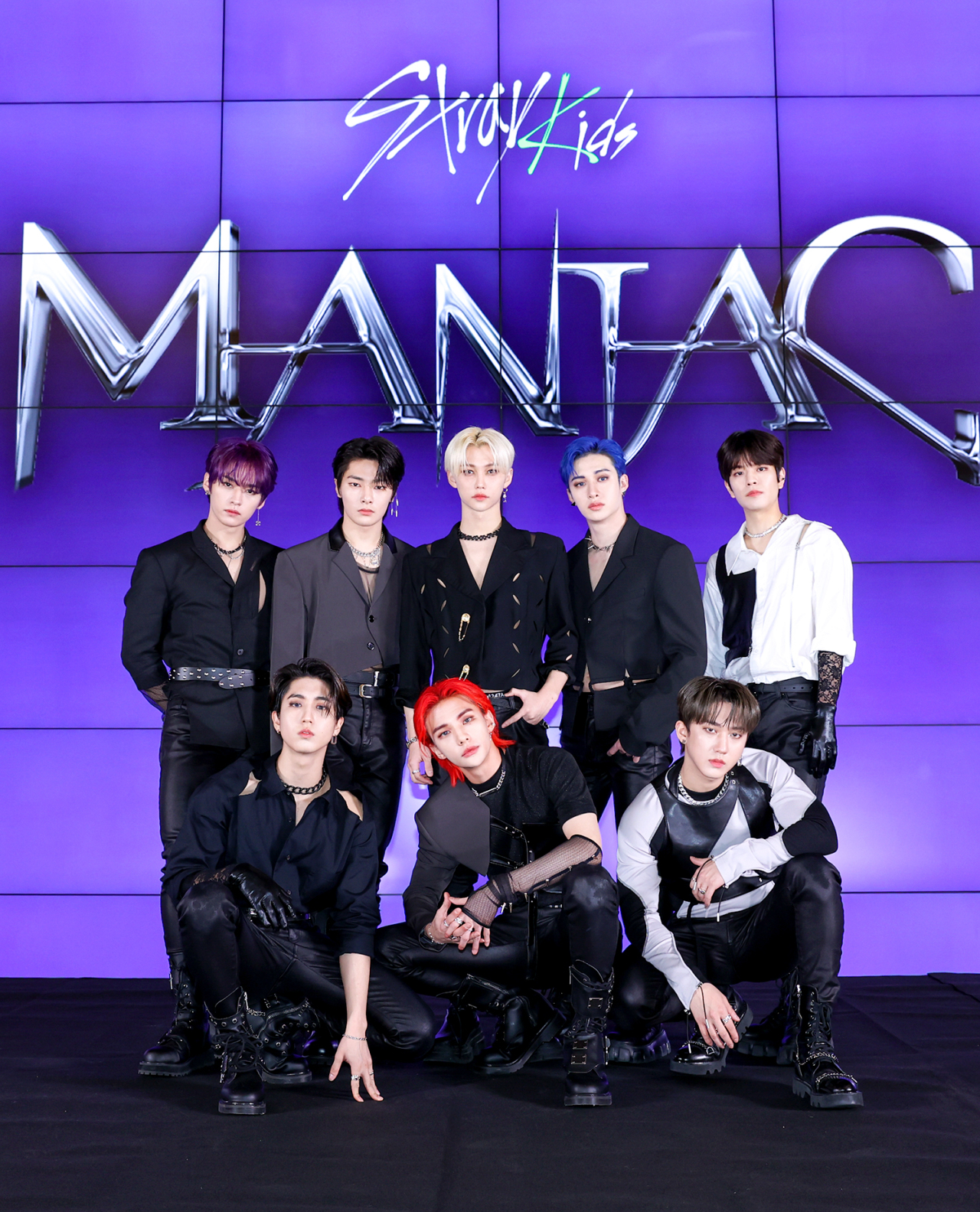 Being odd is ordinary, and everyone is special in their own ways, shouts Stray Kids through their new album “Oddinary.”

The eight-member band conducted an online press conference on Friday, ahead of dropping the album at 1 p.m. later that day.

“The album name puts together odd and ordinary. We all have an odd side to us even amid the ordinary, and we wanted to say that being odd is actually the ordinary,” Seungmin said.

“If Stray Kids music had been focused on showing the explosive power until now, this time we’ve eased down a bit, adding a relaxed, restrained manner,” Changbin said about the album, adding, “the title song ‘Maniac’ embodies ‘Oddinary’ the best. We hope we could show that strange is special through this album.”

Changbin said, “We worry whether our thoughts and behaviors are normal or not, limiting ourselves in the rules set by others. I wanted to become free of such confinement.”

“Everyone has their own uniqueness inside them. I wrote the song hoping that people could show off themselves in their ordinary lives and show themselves better to their world,” Han said.

Not only 3RACHA, but all the members were credited on the album, with the bandmates taking part in the production of all seven tracks — “Venom,” “Charmer,” “Freeze,” “Lonely St.,” and two unit tracks “Waiting For Us” (Bang Chan, Lee Know, Seungmin, I.N) and “Muddy Water” (Changbin, Hyunjin, Han and Felix).

“We’re really proud that all the members can compose and write lyrics. And this is all thanks to our producer unit, 3RACHA, and we’re all very grateful to them,” Hyunjin said.

“Not just 3RACHA, but all them members are very keen on producing music and practice until late nights for that. We all listen to different genres, and that actually helps expand the musical spectrum for Stray Kids,” Changbin said.

“It’s really the positive feedback and the compliments of people around us that empower us more than the good scores,” Bang Chan added. “I believe the biggest strength of our team is that every single unique colors of the members could meld together, and we try hard to make sure that every member could shine in their own way when we make the songs.”

Stray Kids has been making steady progress since their debut in 2018. Last year, they became the first JYP Entertainment artists to sell a million copies of an album with their second long-player “Noeasy.”

With “Oddinary,” the band pushed the envelope further, selling 1.3 million units in pre-orders alone, up by nearly 400,000 compared to their previous release, “Noeasy.”

“It’s all thanks to Stay (Stray Kidz fans). We couldn’t believe when we first saw the number 1.3 million. We will work harder to bring better music,” I.N said.

In April, the band is set to embark on their new world tour, which will be themed around the new album. The COVID-19 pandemic has kept Stray Kids off stage. A “District 9: Unlock” tour was planned for 2020 but was ultimately canceled.

“Our last in-person concert was in November 2019. We’ve released many songs since that have received a huge love. We’re excited to be able to finally showcase them in person. We’re spending a happy time these days choosing on which songs to showcase,” Han said.

Felix added, “As much as we’re excited, I feel nervous and worried on whether I’ll be able to do my best. As it’s a valuable opportunity to show what I’ve prepared in person to the audience, I want to make sure that I can show how grateful I am through the stages.”

Asked for a hint about the upcoming tour, Lee Know shared, “You will be able to feel two things in one stage.”

Kicking off the tour in Seoul on April 30, the band will be performing in Kobe, Tokyo, Newark, Chicago, Atlanta, Fort Worth, Los Angeles, Oakland and Seattle, with more destinations set to be released in the coming days.

“We hope people say that ‘Stray Kids did Stray Kids’ after listening to this album. We’ve tried to show our colors until now with our music, and hopefully, the new album emphasizes that even more,” Bang Chan said.

On their goals for future, Lee Know said, “We’ve run at times and walked at others, and fortunately, we’ve been able to maintain our pace until now. We’re grateful that we could continue advancing, but what’s more significant is that we’ve had Stays by us all along. We may be running or walking in the future, we don’t know, but we’ll take each step with Stays.”

Meanwhile, the band is set to perform “Maniac” on “#LateShowMeMusic,” a YouTube series linked to US TV show “The Late show with Stephen Colbert,” at 11 a.m. (KST) Saturday.